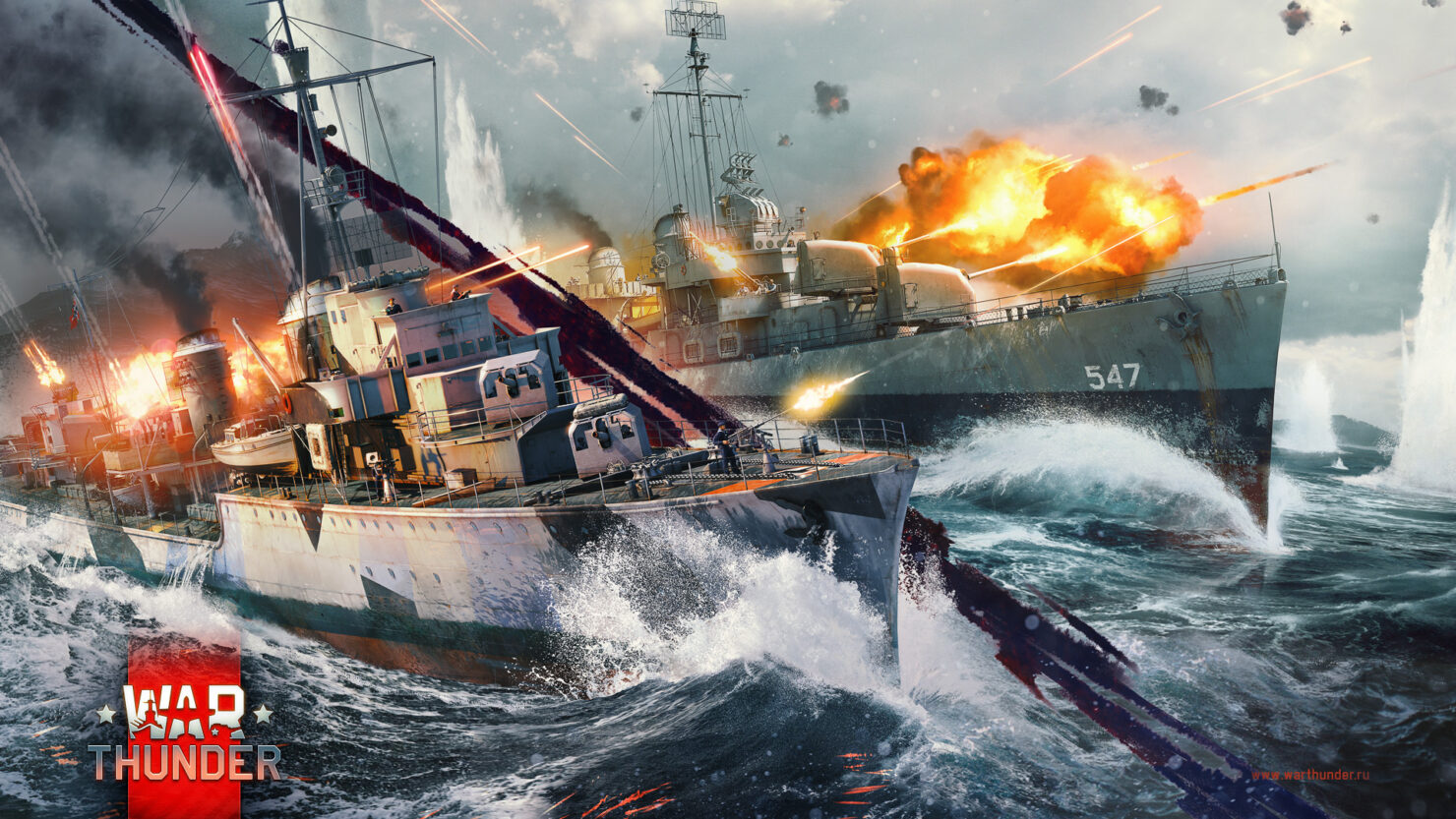 The ever-expanding War Thunder MMO game is currently beta testing Naval Battles. Thanks to Gaijin Entertainment, we've got three thousand beta codes (for PC) that will let you right into the naval fray.

Just pick a code from the giveaway form below and activate it at this address before October 14th (which is the expiry date - all codes have to be redeemed before). Have fun on the high seas!

Players will be able to start unlocking the ships research tree, upgrade the ships and participate in Naval Battles (combined with aviation). Fleet is now available for 3 nations - USA, Germany and USSR - with about 60 ships in total from torpedo boats to light cruisers. Special horizontal research system will allow players to quickly explore exactly the class of ships that they are most interested in. The CBT of Naval forces is available in special events "Naval battles" (Events and tournaments tab in the game). We already have naval maps from all over the world, and in latest update 1.81 we have added two more locations - “Mediterranean port” and “Green mountains gulf”.

Q. Will testers earn RP and SL during CBT? Will they need to pay for repair etc in SL using the normal budget.

Q. If we earn RP / SL, will progress be reset at the end? How many “wipes” are planned?

Q. Will we be able to spend GE on modules etc for Naval and will they be refunded after the wipe?

GE can only be spent on purchasing crew skill points, since they are universal for Air, Ground and Navy on the crews in each slot. Skill points spent on Naval skills will not be wiped, unless there are changes (additions/removals) to Naval skills when the Open Beta starts.

Q. Will players be able to stream the CBT gameplay?

Q. Will CBT have the same limitations as Pre-CBT (max 2 PC per account)?

Q. Will players have to wait for the next major update for ОBT release?

Q. Are you going to increase the size of the waves in rough weather? As far as i know, the Nvidia waveworks module can do that.

Q. Have you planned to have the smoke from engines and fire / explosion persist for a longer time and change according to the wind? This would increase immersion on the battlefield.