Back in 2014, Hideo Kojima dropped the tiny yet influential P.T., but unfortunately, the teaser never ended up becoming a full game as Konami cancelled Silent Hills. Following that bitter disappointment, numerous indie teams popped up to announce new games inspired by Kojima’s teaser, but most of these projects either didn’t end up coming to fruition or weren’t all that great when they did. Visage, which recently left Early Access, is a notable exception to the above rule. Developed by a small team at Montreal’s SadSquare Studio, Visage is a full-fledged 10-to-15-hour horror adventure that delivers some serious atmosphere and a surprising amount of depth.

Following the release of Visage, I got the opportunity to ask SadSquare co-founder Jonathan Gagné about the process of turning the P.T. concept into a full game, what they learned from Early Access, next-gen consoles, the future of horror games, and more. Summon up your courage, and scroll on for the full interview…

Visage initially gained attention for its similarities to the infamous P.T. teaser for Hideo Kojima's cancelled Silent Hills, but that's not all the game has to offer. For those new to Visage, how would you say it expands on and differs from P.T.?

P.T. served us more as a foundation of this type of horror than anything else. They showed the entire world that you can make people crap their pants with so little and it’s from this aspect that we started Visage.

P.T. was a showcase of a product, so it wasn’t hard to expand on something [that small] and with basically no game mechanics. We decided to extrapolate on the formula of -- the fear of the unknown. Visage is way more complex than PT in many aspects, such as -- environmental interaction, character development, storytelling, inventory management, key items to find, managing your sanity and avoiding darkness to keep you sane.

Visage spent quite a long time, over two years, in Early Access. What lessons were learned during that time and how have they been applied to the final game?

We learned quite a lot in all honesty. At first we saw Visage as a game experience where the player is fully self-driven towards the next objective with absolutely no directions whatsoever. Well this was an issue that we learned from personal friends who played it and also from streamers when we initially launched the game in its Early Access phase. People were simply getting lost and didn’t know what to do.

So, we took a step back and changed the way the game was introduced by forcing the player in a controlled environment and to give him/her objectives that are more obvious at the start of the game, instead of throwing them in a complete void of nothing but questions. We also learned there’s a limit to a player’s patience. We went a bit overboard with our own expectations of our game and it added a ton of work, which ultimately caused us more bad than good.

Interesting. What specifically added the most work?

Well, just to give an idea, Visage was supposed to revolve around 1 character, taking place in the house only and a game completion of about 5 hours. Now we have 4 chapters, many, many more environments and a game completion between 10 to 15 hours depending on your skills in this genre. We are very satisfied with the game, but lessons learned -- don’t get overzealous with adding content in video game development, it’s a nightmare. 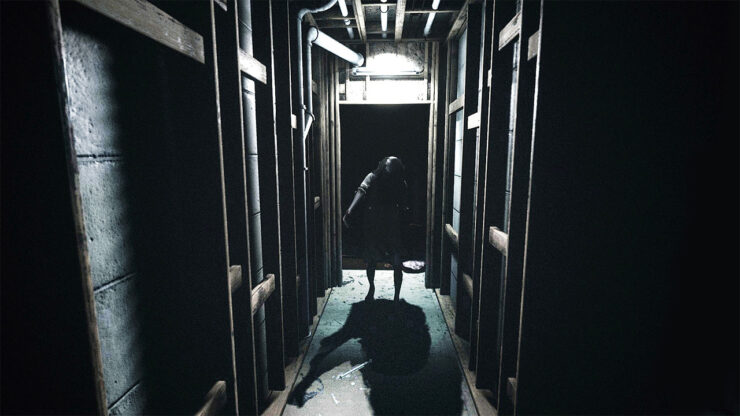 For those who have sampled the Early Access version of Visage, what can they expect from the full game? Will the story come to a satisfying conclusion?

I think the people who will most enjoy the game are those who didn’t play the early access, simply because everything will be new to them and it will be a more satisfying and diverse experience. People can expect to get out of the house during chapter 3 and 4, that’s for sure. They will meet new characters and discover new pieces of story they will have to put together to get the whole picture of what is going on. New environments with diverse themes will be introduced to the player in unexpected ways.

Visage’s story has been designed to be confusing at times, and hard to put together in its entirety. We truly wanted players to push themselves to figure out the answers to the many questions Visage brings. Some will find the endings confusing. Some will start to understand the plot by connecting the dots. There’s a bit of interpretation to be done to get the full picture, but every element of the story is there to be found.

At the moment Visage is still fairly glitchy. What kind of roadmap can we expect in terms of updates? In particular, a lot of PC players are experiencing an issue where textures don't load properly -- is there a fix coming for that soon?

We are aware of reported bugs and a good chunk of them are already fixed. Those same fixes are coming soon for consoles. We are actively trying to fix everything we can in a short amount of time, but some bugs like the textures not properly loading are more difficult to get rid of, because sometimes it is related to the hardware of the player, which makes it very difficult to fix, but we’re doing our best.

Once the bugs are squashed, are there any plans for additional post-launch content?

We do not plan on having DLCs or additional content for Visage. We think this is a complete package at this point and adding more content would probably only abuse the formula of a haunted house.

Visage is available on PS4 and Xbox One, but are there any plans to release versions for the PS5 or Xbox Series X/S? Or, looking in the other direction, the Nintendo Switch?

The game will be backward compatible on [next-gen] consoles, and we do have plans to create an adapted version specifically for them.

Carrying on from the last question, what are your thoughts on the PS5's DualSense controller? I feel like Visage could do some very interesting things with haptic feedback.

We haven’t personally tried the PS5 DualSense controller yet. Our game was outsourced to Grip Digital and their focus was primarily on current gen. But as mentioned above, we will have a next gen version of the game and we are curious to see how Visage could benefit from this awesome new controller. 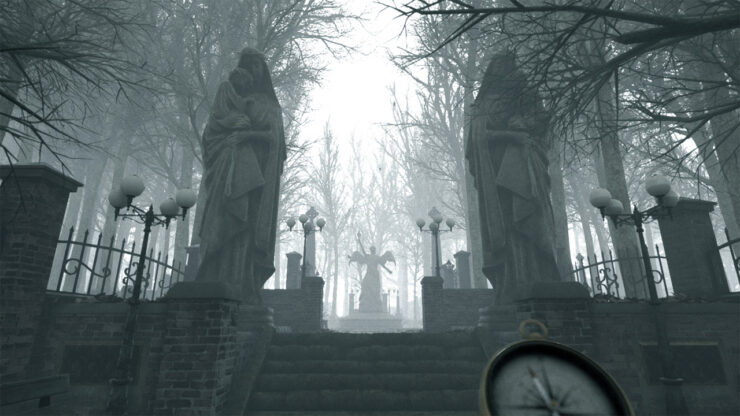 More broadly, what do you envision the future of horror games will look like? And will SadSquare Studios be involved in that future?

We hope to see Silent Hill getting revived that’s for sure. That was quite a bummer when everyone heard they had to cancel [Silent Hills]. We would like more studios to bring new ideas to the horror genre with the legacy PT left behind us. What I mean by that, is not necessarily to make more defenseless FPS in a house, but to rely more on the concept of the fear of the unknown. The concept is pretty much limitless and what’s great about a more subtle horror is that what’s happening in your head is often way more terrifying than anything we can put on a screen.

Is SadSquare part of that future? Hell yes.

Thanks you for your time!

Visage is available now on PC (via Steam), Xbox One, and PS4. You can expect a full review of the game soon.