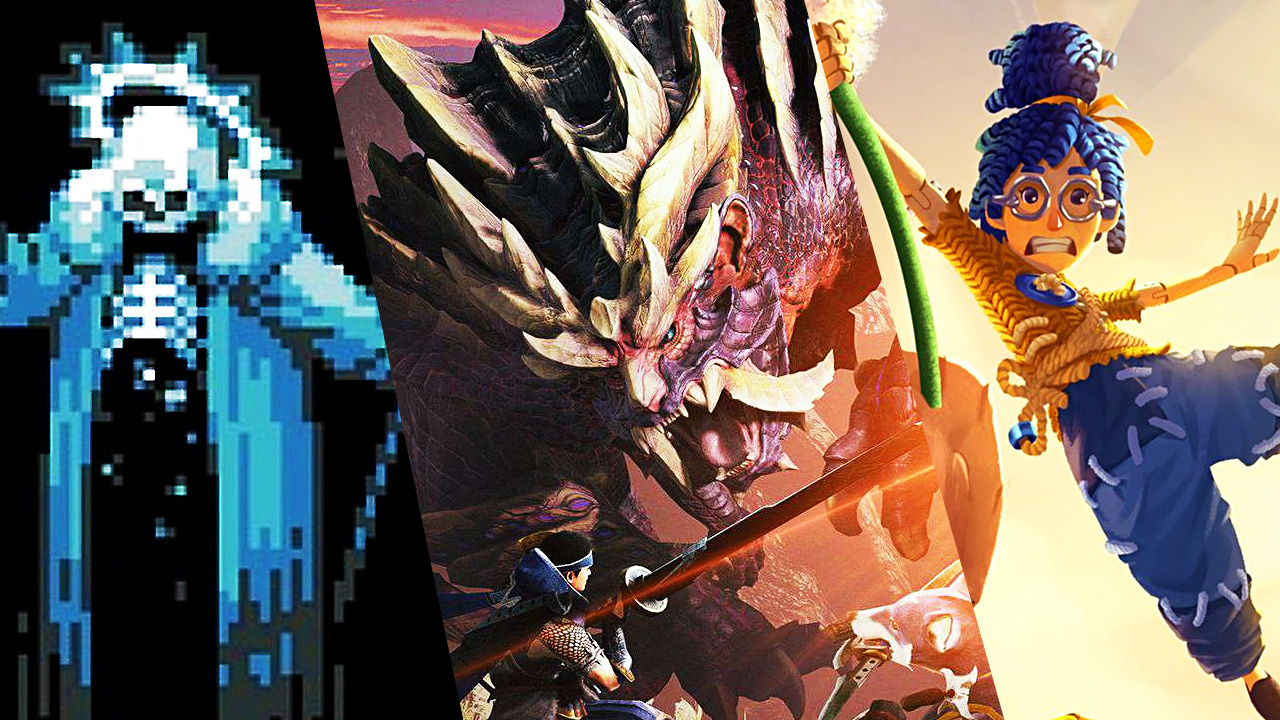 While Spring 2021 will see some big releases, March is somewhat of a lull before the storm. That said, if you like upbeat platformers, or you’re looking for something to play on your Switch, this month has something to offer. Highlights include Monster Hunter Rise, Balan Worderworld, and Josef Fares’ latest co-op experiment, It Takes Two. On the indie front, you can look forward to the mind-bending puzzler Maquette, retro-styled roguelike Loop Hero, and more.

If Balan Wonderworld is giving you strong Sega vibes, well, there’s a very good reason for that – it’s being spearheaded by Sonic co-creator Yuji Naka and Sonic/Nights character designer Naoto Ohshima. In terms of gameplay, Balan Wonderworld lets players change their looks and abilities by popping on various costumes (over 80 in all) while collecting all manner of 3D platformer trinkets. Honestly, the game looks a bit odd, but like most games by the makers of Sonic, I’m sure it will find an audience. Pre-order the game here.

The outspoken Josef Fares continues to carry the torch for story-driven co-op games with It Takes Two, a new platformer that takes on relationship issues and a whole lot of different genres. Fares promises that no two stages be alike – one minute you’re shooting wasps with a sap gun in a third-person shooter level, the next you might be messing with clones and time travel. Add a whole mess of quirky minigames to the mix and you may have Fares’ most wildly-varied effort yet. Pre-order the game here.

The Monster Hunter series got its start on portable systems, but the focus shifted to consoles with Monster Hunter World. Well, you’ll soon be able to slay beasties on your ride to work again, as Monster Hunter Rise hits the Nintendo Switch this month! Rise carries some of World’s innovations over, including all its weapons and larger, more-open maps, while adding more verticality to the world. But again, the main selling point is that you can once again play Monster Hunter on the toilet, which is a feature not to be undersold. Pre-order the game here.

Maquette is a trippy new puzzle game in which players must explore recursive worlds within worlds. In the middle of each level, there’s a small model (or maquette, hence the name) you can play with, but at the same time, you’re also within a larger version of that model. If you manipulate the model, by say, dropping a wooden block in it, that same block will appear in your world, except much bigger. The puzzle possibilities are already making my mind hurt a bit. Here’s the Steam page for Maquette.

Loop Hero is a new deliciously old-school-looking take on the roguelike that lets you plan your adventure with an ever-growing deck of cards, as you adventure around and around an infinite loop. Risk and reward are at the core of all good roguelikes, and Loop Hero lets you determine the balance between the two for yourself. Here’s the Steam page for Loop Hero.

Think you’re pretty good at driving games? Well, how about one where you can’t see? That’s the premise of Blind Drive, which tasks you with navigating traffic with only your sense of hearing. No, really. In addition to the unique concept, Blind Drive promises a full wacky b-movie crime story full of colorful characters (and language). This one’s the ultimate test for those who say they don’t care about graphics! Here’s the Steam page for Blind Drive.

Update: Minute of Islands has been delayed. A new release date has not been set.

Minute of Islands stars a young adventurer named Mo, who must awake a series of mysterious machines left behind be a race of giants in order to save the world. Featuring a beautiful Adventure-Time-flavored visual style and some unique looking puzzles, Minute of Islands will hopefully be worth a few of your minutes. Here’s the Steam page for Minute of Islands.

And those are the games you should be keeping an eye on this coming month. What games are you planning to pick up in March? Did I miss anything you’re looking forward to?