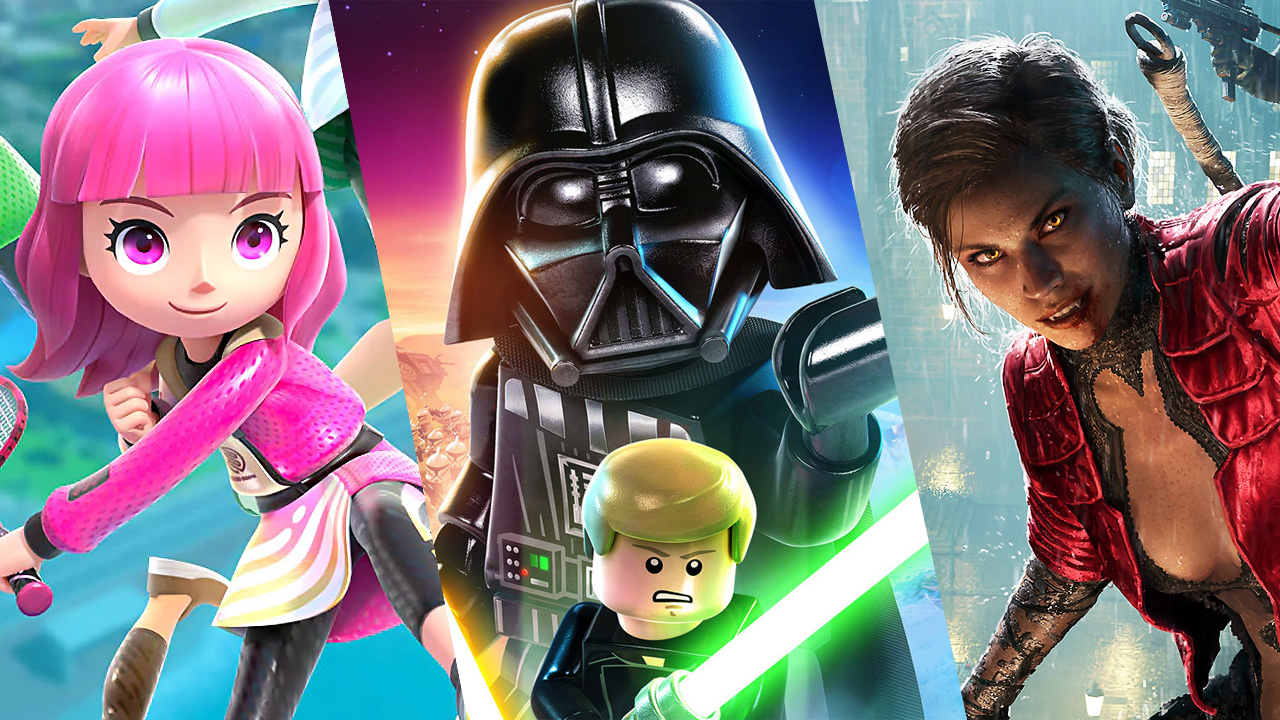 Following an extremely busy February and March, things slow down a bit in April, but there are still some solid-looking titles to look forward to, including Lego Star Wars: The Skywalker Saga and Vampire: The Masquerade – Bloodhunt. Meanwhile, on in the indie front, we get the much-expanded The Stanley Parable: Ultra Deluxe, Chinatown Detective Agency, and more.

For years you could pretty much set your watch by licensed Lego titles, but developer TT Games has decided to throw a wrench into their well-oiled machine with Lego Star Wars: The Skywalker Saga. The studio has spent the last three years on The Skywalker Saga exclusively and are promising not only their biggest adventure ever, but one that pushes their trademark Lego gameplay in new, more ambitious directions. It remains to be seen how widely the new approach will appeal, but longtime fans of TT Games’ Lego titles should probably start blocking out some time. You can pre-order the game here.

It seems you can’t throw a wooden stake without hitting a Vampire: The Masquerade game these days, so it was inevitable the franchise would do the battle royale thing eventually. Featuring six “archtypes” hailing from three different clans (Brujah, Nosferatu, and Toreador) Bloodhunt promises to add a new level of style and strategy to the well-worn battle royale template. Vampire: The Masquerade – Bloodhunt will be free-to-play, although you can pre-order the $60 “Founder’s Ultimate Edition,” which will net you plenty of in-game currency and cosmetics.

The Wii itself may be a thing of the past, but the spirit of Wii Sports lives on. Nintendo Switch Sports serves up more motion-controlled fun, with seven sports both old and new (Tennis, Bowling, Sword fighting, Volleyball, Badminton, Soccer, and Golf post-launch), a revamped presentation, and online ranked play. Is the world still hungry for a little waggle? I’m not sure, but Nintendo Switch Sports looks like a solid return. You can pre-order the game here.

Chinatown Detective Agency is a cyberpunk-flavored point-and-click adventure game, with a bit of a retro edutainment game twist. Some of the game’s puzzles will rely on your real-world knowledge, and you may find yourself having to fire up Google in order to obtain certain bits of key info. There’s also an interesting business management aspect to the game, as you’ll need to solve your case within a certain amount of time or your detective agency will go broke. Overall, this one looks to be an intriguing mix of old-school and innovative ideas. Here’s the Steam page for Chinatown Detective Agency.

There are a lot of nostalgic Metroidvanias out there, but BIOTA takes the retro thing to an extreme, with visuals seemingly inspired by old Game Boy games. Specifically, old Game Boy games running on a Super Game Boy (the game lets you freely swap between multiple color palates). Cool old-school style aside, BIOTA looks to serve up some surprisingly-intense action. Here’s the Steam Page for BIOTA.

Inspired by the myths and culture of Finland’s indigenous Sámi people, Skábma – Snowfall promises to be a fascinating peek into a rarely-explored world. Beyond that, it just appears to be a solid action-adventure, combining exciting platforming with beautifully-detailed Nordic backdrops. Get in one more chilly adventure before spring! Here’s the Steam page for Skábma – Snowfall.

MLB The Show 22 Review – An Uneventful At Bat