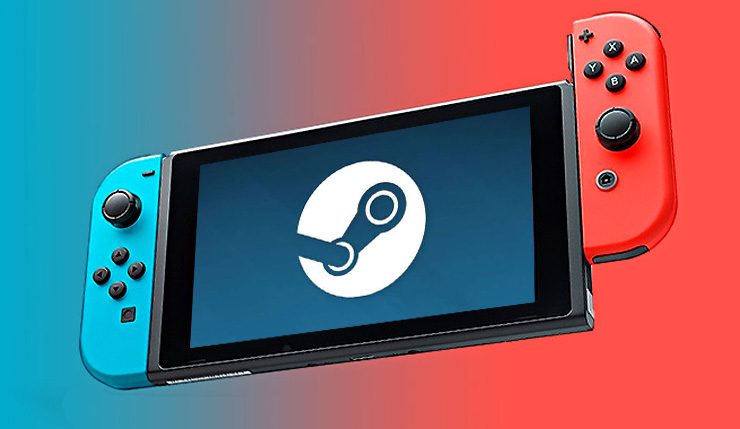 The Switch has been a huge success for Nintendo, and yet, oddly, it has yet to really inspire any successful imitators. Console rivals Sony and Microsoft haven’t even tried and the few attempts at Switch-like portable PCs have mostly flopped. Well, a real Switch competitor may be on the way, as Valve is reportedly looking to throw their hat into the ring.

According to a new report from Ars Technica, Valve has been working on a Switch-like portable system for Steam games, which may launch as early as this year. This is apparently what Gabe Newell meant when he recently teased we’d learn more about Steam games on consoles “ by the end of this year.” Ars Technica’s insider info is bolstered by references to a new device named “SteamPal,” which has popped up in the Steam launcher’s code. SteamPal seems to be related to a previous codeword “Neptune,” which began appearing in Steam code late last year.

It seems like Ars Technica or their sources have actually got eyes on the SteamPal (or whatever it ends up being called), and report it is an all-in-one Switch-like device with both traditional controls and a touchscreen, although it won’t have removeable Joy-Con-style controllers. Apparently, some prototypes are rather wide, as Valve is trying to pack a lot onto the device, including a full range of buttons, triggers, joysticks, and a mini touchpad. Word is you’ll even be able to “dock” the system to play on larger screens, although it’s unknown if there will be a literal dock or if you’ll just connect via a USB cable.

As for what will be inside the SteamPal, it will likely run on an APU from AMD or Intel, rather than NVIDIA like the Switch. Ars isn’t sure if Steam will offer multiple SKUs with different features. Like most Valve hardware, the SteamPal will be Linux-based, although Ars says it “would not be surprising” if it ends up supporting Windows-based games as well.

Of course, take this all with a grain of salt for now and don’t get too excited. Even if this report is 100 percent legit, Valve works in mysterious ways and has a history of quietly canceling projects. That said, assuming this actually happens, is a Steam Switch something you’d be interested in?