Images of Cooler Master's revised Cosmos II have surfaced with TechPowerUP!, showing the existing the rail suspended box and continuity of the same same box shape along with a bundle of new innovative features. 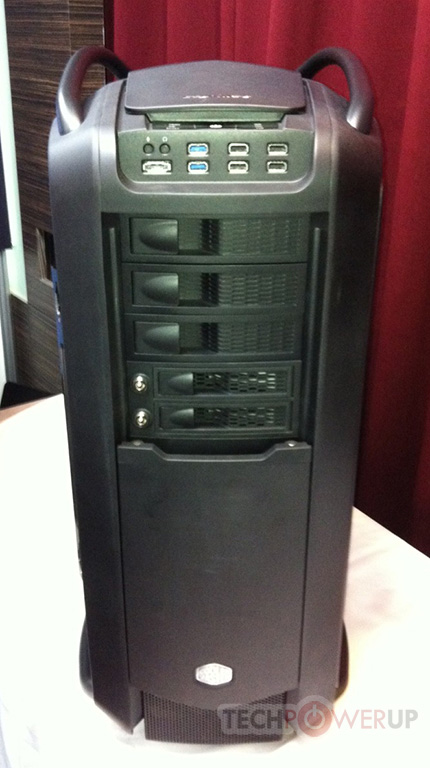 The new Cosmos II comes in a more curvier design and maintains the same black color scheme. In terms of size, it is roughly the same as the Cosmos 1000. 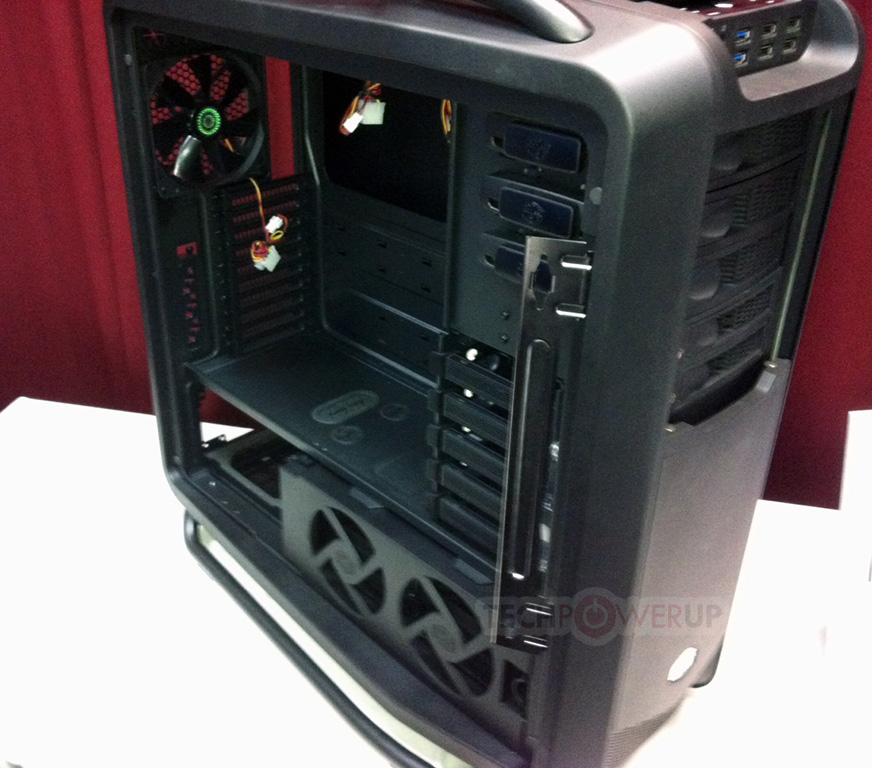 As we can see from the images, the case has more room for airflow as well as cable management. Particularly the PSU bay has gotten a huge chunk of more space for storage. 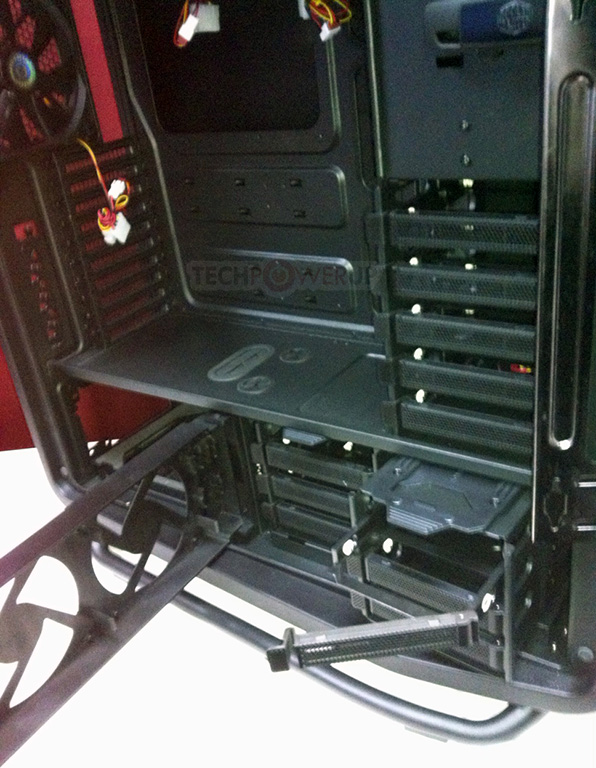 As for the features, the front bay has been bombarded with USB 3.0 ports with standard headers, eSATA, and feather-touch buttons and the usual LED's. A sliding door reveals the external drive bays and once slided down, three 5.25" and two 3.5" bays are exposed, that too all bays have tool-free covers. There are 11 bays in total that can accommodate both 3.5'' and 2.5'' drives without  hitch. Other than that, the sliding covers both feature mountings for dual 120mm fan installations.