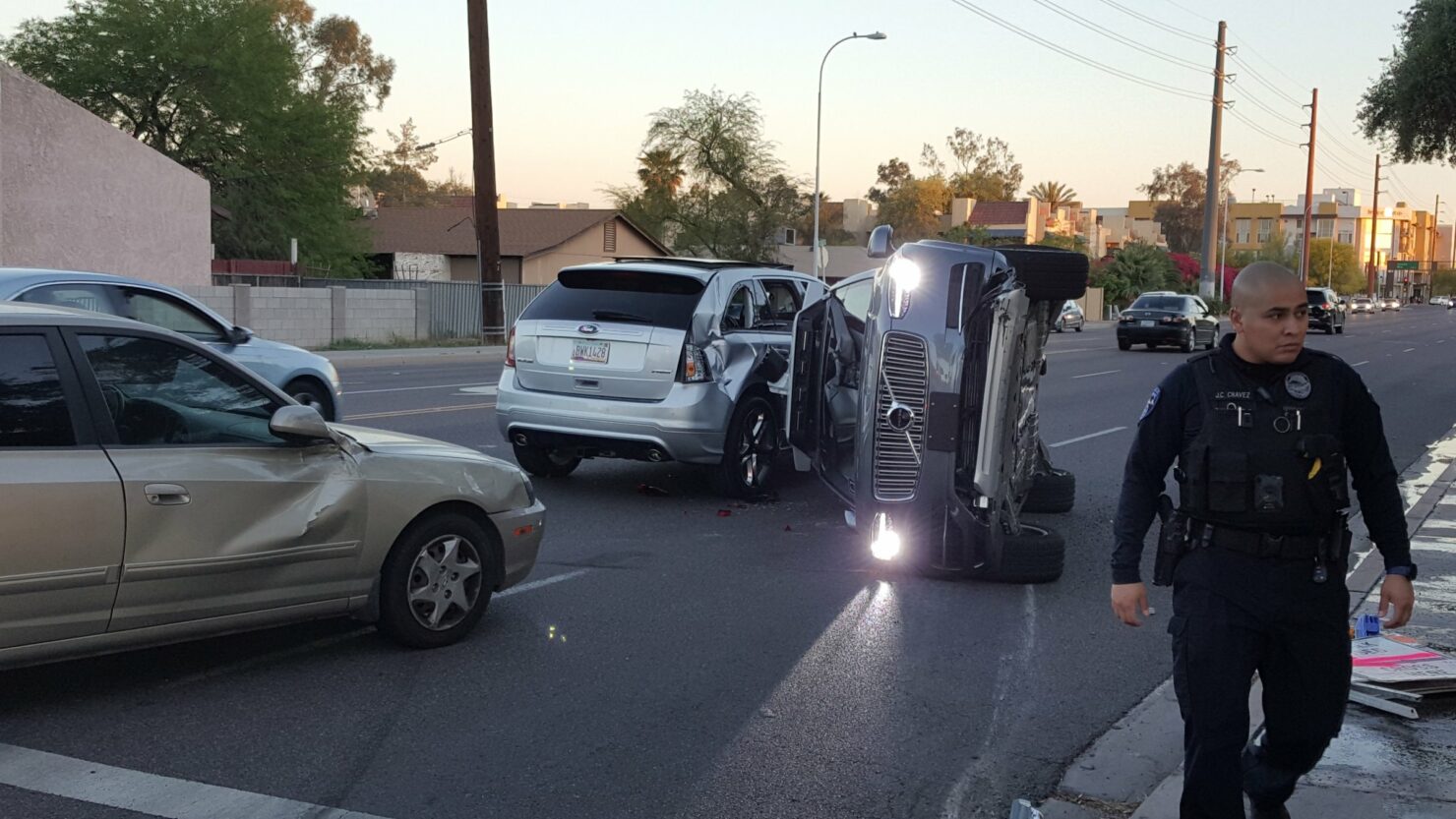 I have never been a very superstitious person but now looking at the number of times the name Uber is becoming part of negative headlines is making me question my belief. The company seems to have fallen into a bottomless bad luck pit. The company confirmed in a statement to Bloomberg News that its self-driving car crashed in Tempe, Arizona. The crash left the vehicle flipped to one side and caused damage to at least two cars in the vicinity.

According to a report by the ABC 15 News, a car had failed to yield to Uber’s self-driving car and this resulted in a crash. The Uber SUV was in autonomous mode when the accident took place and the ride-hailing company has confirmed this. Uber has stopped the self-driving pilot mechanism in Arizona and is looking into the cause of the crash. According to a representative at the company, "We are continuing to look into this incident and can confirm we had no backseat passengers in the vehicle.”

A Tempe police spokesperson told Bloomberg that the Uber SUV was not at fault and was in fact hit by another car that had refused to yield. Whether autonomous vehicle was at fault or not, we know how the debate will end. This accident will raise questions about the safety of the self-driving vehicles now. Last year a Tesla vehicle in Autopilot had crashed into a truck and had resulted in the death of the car’s driver.
These third generation self-driving test cars came to Arizona in December last year and Uber at that time had refused to bend to the rules and seek a permit for testing the vehicles. According to the company there was no point in seeking a permit when the vehicles have a human driver in it too. Looks like the company will be re-thinking this decision now. Doug Ducey, Arizona’s state Governer Doug Ducy had tweeted at that time that the region welcomed “this kind of technology & innovation”. There has been no statement by the governor after the accident, however.

TSMC’s Deal With Arizona Continues to be a Secret