This Type Of Conductive Concrete Can Melt Snow Using Electricity

With many people facing difficulties because of the extreme weather in the United States and also other areas of the world, researchers have come up with a nifty solution. It is a special type of concrete that can easily melt the excessive snow on roads and pavements that too without the use of any chemicals. The so called ‘conductive concrete’ uses electricity to melt snow and is not harmful according to the researchers who developed it. 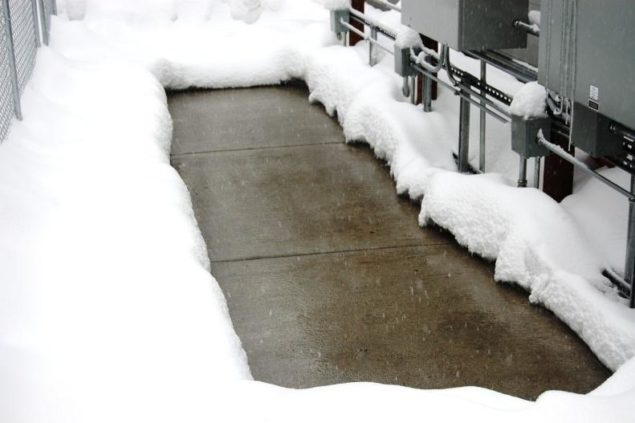 This will be very useful in bizarre winter conditions

The conductive concrete was developed at the University of Nebraska-Lincoln, and constitutes mostly of normal concrete with only a small percentage of other ingredients. To be exact around 20 percent of the ingredients are non-standard, which include steel shavings and carbon particles. These ingredients give the concrete mix enough conductivity to melt snow anywhere.

The design was by Civil Engineer and Professor Chris Tuan of the university and is being currently assessed by the US Federal Aviation Administration (FAA). The reason is that the FAA is looking at a possibility of testing the new concrete in at least one major airport in US on a trial basis. Given that the stuff works well it may be used in further areas too.

"To my surprise, they don't want to use it for the runways," said Tuan. "What they need is the tarmac around the gated areas cleared, because they have so many carts to unload – luggage service, food service, trash service, fuel service – that all need to get into those areas. They said that if we can heat that kind of tarmac, then there would be (far fewer) weather-related delays. We're very optimistic."

This concrete isn’t really new in fact it has been in use since 2002 when Tuan and local Nebraska Department of Roads turned the Roca Spur Bridge into the world’s first bridge with a deicing concrete. Tuan said the project was a perfect example of how such an invention can benefit infrastructure, and 52 slabs of the deicing concrete made the Roca Spur Bridge into the first electrically conductive concrete bridge.

"Bridges always freeze up first, because they're exposed to the elements on top and bottom," said Tuan. "It's not cost-effective to build entire roadways using conductive concrete, but you can use it at certain locations where you always get ice or have potholes." 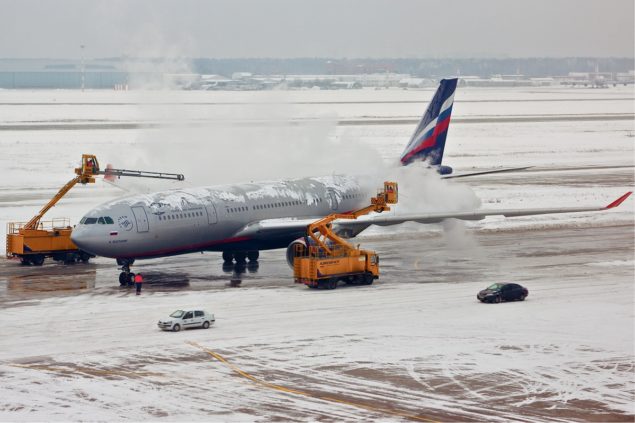 According to Tuan his method using the conductive concrete does not pose any environmental hazards such as using salts or deicing chemicals would. The method is cheaper too; hard to believe it isn’t being implemented in most places. The total cost of thermally deicing the whole Roca Spur Bridge in a three-day storm would cost around US$ 250 which is very less compared to the normal method of deicing chemicals which would use a whole truck full.