Turok and Turok 2 Seeds of Evil are Coming to the Nintendo Switch, Nightdive Studios Says 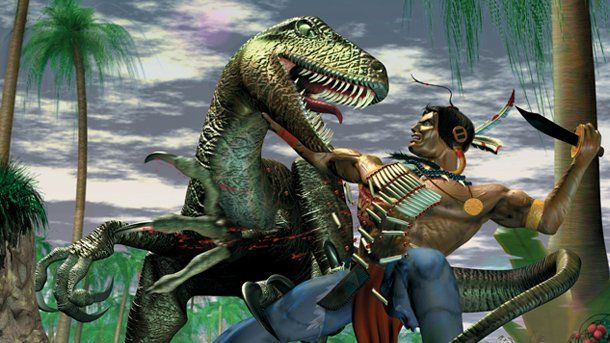 The original Turok and its sequel, Turok 2: Seeds of Evil, are on their way to the Nintendo Switch, Nightdive Studios has said.

On its website, Nintendo mentions that the remastered version of Turok will be releasing on March 18 for $20.00. The HD remasters of both Turok and Turok 2 were already released for PC back in 2015, and the Xbox One versions of those remasters were released last year. Developer Nightdive Studios already said that it would be a cool idea to release the two games on the Switch as well, but didn’t confirm that this would happen – until now.

Apparently, Nightdive has now confirmed the release of Turok 2 for the Switch through Discord. Whether the Turok sequel will be released alongside the original Turok on March 18 is unsure at this point.

Nightdive has confirmed to me via their Discord that Turok 2: Seeds of Evil will also be coming to Nintendo Switch. pic.twitter.com/HX5qRF67kp

Turok is an epic, story-driven first-person shooter set on a dark, mysterious planet in the future. Players take on the role of Joseph Turok, a former black ops commando, now part of an elite special forces squad, known as Whiskey Company, which is on a mission to take down a war criminal – Turok’s former mentor, Roland Kane. Set on a planet inhabited by Kane and his Mendel-Gruman Corporation soldiers, Turok must use his elite military training to elude Kane’s well-trained army and the ravenous, unpredictable dinosaurs, huge insects and other massive creatures that populate the environment.