We cant count how many movies we have seen regarding US' Nuclear Missiles and their Launch Codes. However a professor in Columbia made an amazing discovery that basically nullifies every single plot line of every movie made in the 80s and before. The Launch Codes of US Nuclear Missiles were 00000000. 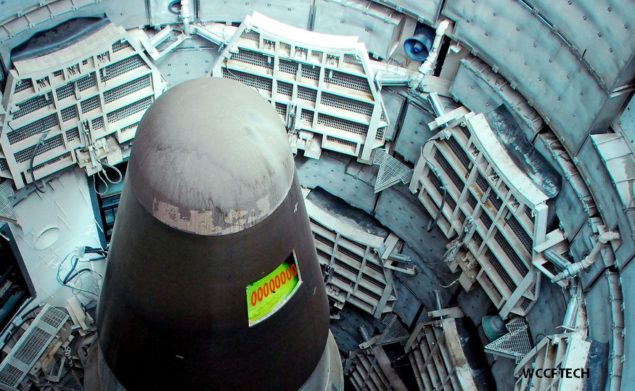 The Nuclear Launch Code of the US Minuteman Nuclear Missiles was 00000000 for 20 Years.

Well well well, this is interesting, it appears that the US pulled a troll on the entire world. What is the one code that no international SPY will expect. A complicated series of numbers computed by an experimental algorithm? Sure but what about the default ie, no code, ie 00000000? Does anybody else realize the implications of this? A random kid could have walked into a silo and launched a missile by entering nothing. ie 00000000.

The discovered of this amazing tidbit of history is one Mr Steven M. Bellovin, a professor who discovered this fact while going through a paper of Dr. Bruce G. Blair, a former Air Force officer who manned Minuteman silos. Heres the extract:

“Our launch checklist in fact instructed us, the firing crew, to double-check the locking panel in our underground launch bunker to ensure that no digits other than zero had been inadvertently dialed into the panel.”

Basically every nuclear missile has a PAL (Permissive Action Link) which stop any unauthorized access to the missile and makes hot wiring the bomb impossible. The difficulty is stated as ""Bypassinag a PAL should be, as one weapons designer graphically put it, about as complex as performing a tonsillectomy while entering the patient from the wrong end." Furthermore, according to the paper and the professor himself these codes were kept for 20 years or so, what are the current codes i wonder 12345678? Actually it might still be 00000000 (ultimate double-troll).