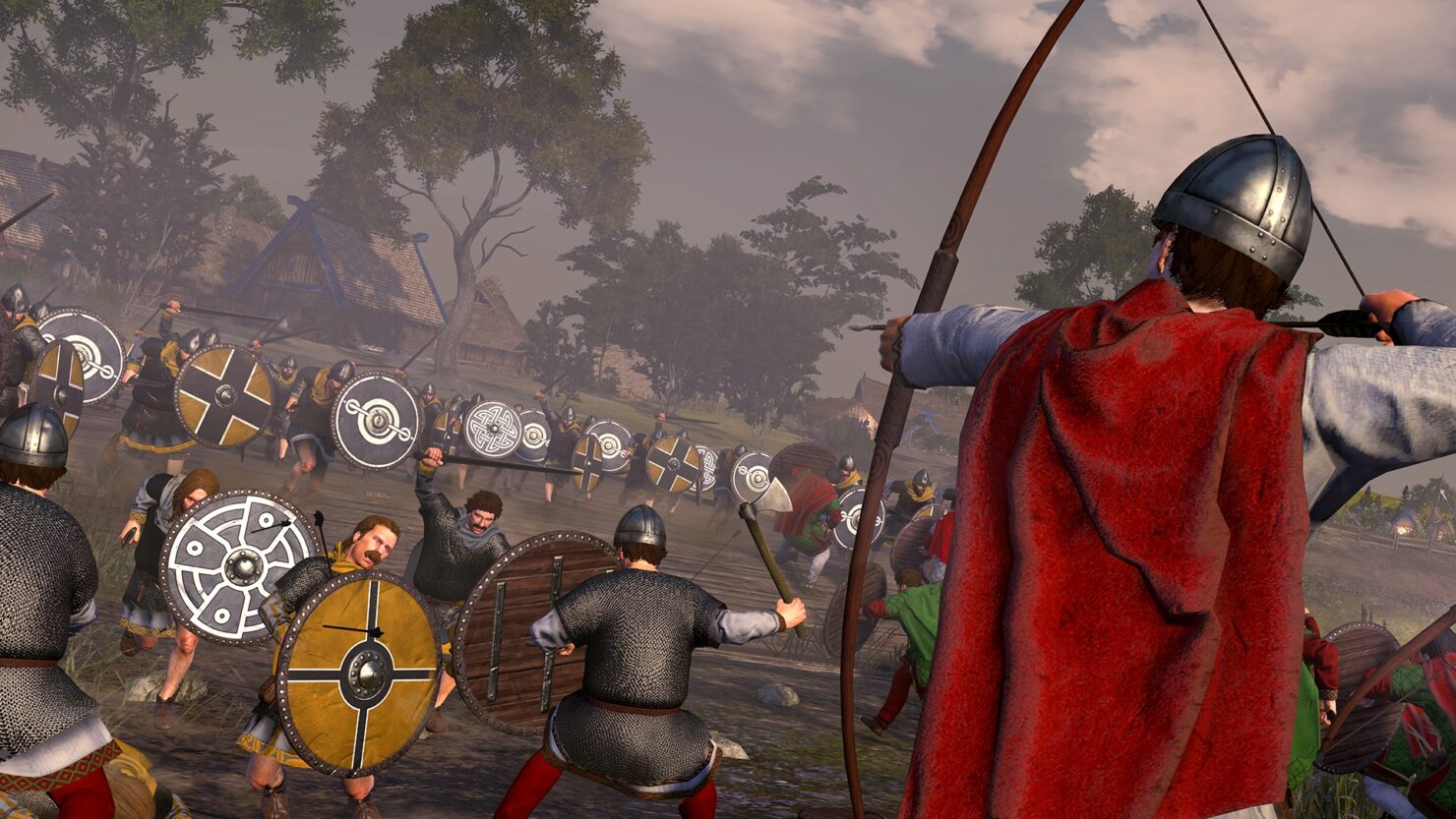 There's one thing that should be said about Thrones of Britannia before talking about anything else. This isn't like your usual total war game. Moving aside from the grand scale of most Total War titles, this takes a more personalised and personal approach. If you were to link it to any other games in the series you'd be looking back to the Alexander expansion for Rome. That or Napoleon: Total War or Total War: Attila.

Around a month ago SEGA invited a number of press-y style people to brave the weather (snow, snow and a bit more snow) to head to Hedingham Castle in Essex to look at and try the latest build of Total War Saga: Thrones of Britannia. I braved 170 miles of angry driving, behind terrible drivers who can't handle a bit of snow (hint, second gear and ease off the accelerator).

Was it worth it? Let's find out! 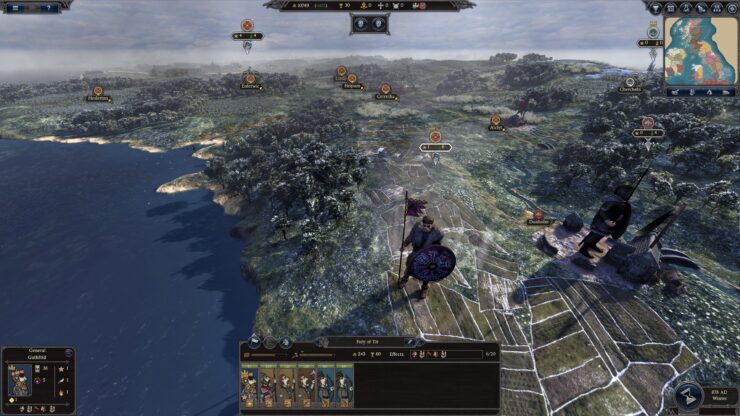 Thrones of Britannia is different. Total War by nature has always taken a very grand approach. While it has always had some smaller details, stories were never as personal or human as they are here. Everything you love about Total War, the grand strategy and the tactical combat is still here. At worst, you could say it's just on a tighter scale.

I attempted one of the saves offered during the event for a few turns, then I decided to jump right on as the leader of the Circenn in a brand new campaign. It was time for me to build my own Scotland, one that would rival any foreign invaders. Albeit this is mostly because I did try Northymbre and messed up. This is because I didn't think about the way military is used in Thrones of Britannia.

This is one of the ways that Thrones helps to make Total War Saga more focused without completely changing how the game works. Rather than being able to create a near unlimited number of armies - should your economy be able to sustain it - there are rigid limitations. Units that you can recruit have a replenishing cap. For example, at any one time you may only be able to recruit three of any particular unit, four or another and so forth. When you start recruiting one then you have to wait until it replenishes before recruiting another of the same type.

It's an intelligent way of making you think about the number of armies you can field at any one time. Of course as the game moves on, you will have already fielded armies and the ability to keep recruiting. However, this takes time and perseverance to reach this point. Replenishment of these units has also been changed. An army that has taken a sound beating is likely to recover at a slower pace than one dominating the battlefield. 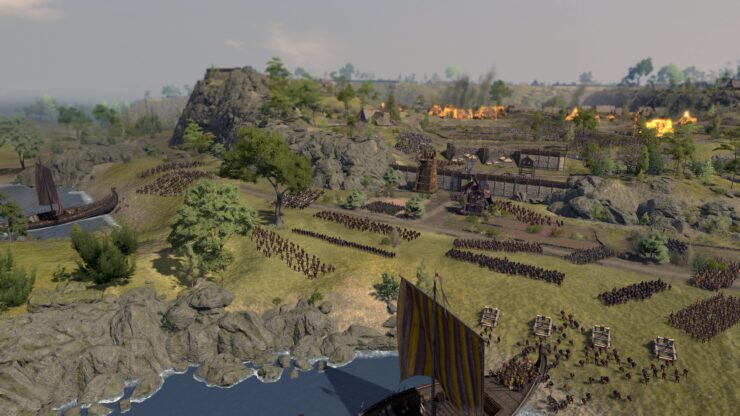 Recruiting these units also links in to the changes made to both the technology and building of your empire. Technology, for example, has received what I would consider the biggest change from the norm. No longer can you simply research technology as you want. The actions you take will increase your proficiency, as a result you can then increase this further by research. For example, before you can even start researching siege technology, you need to have actually won a siege.

This actually creates a more personalised progression. You can, essentially, become a jack of all trades. This will be difficult though. Naturally your play style will link into the technologies you research and further increase your potency in one area. This will create weak spots, but this is accurate in the progression of any group of people.

Another fairly unique factor that impacts on how you play is the way you build. Rather than every city, town or village having the same building pool to draw from, there are limitations in place. One province will not have access to the same building tree as another. In addition to this, certain locations will have access to historically accurate, and completely unique, structures.

Much like with technology, character progression is equally varied. Total War Saga has removed agents, that's the first key element to note. As with Attila, politics and the family tree has been brought back. Your family and the lords beneath you acts as your generals, governors and agents. Each have bonuses that act similar to those of agents. On example is reducing enemy army movement in the territory that they govern.

Further to this, as these characters level they now have skill lines to increase. These are based on specific traits. For example, using your skill points across one line can give the ability to initiate battle at night. Another can increase the size of your generals bodyguard unit. Others, moving away from battle related skills, can reduce the cost or increase the function of certain buildings. As these skill points are limited, your choices have large consequences. Particularly as, like with Attila, these generals have loyalty and you need to make sure you keep the best on your side.

Possibly the most interesting aspect of Thrones of Britannia is just how the story develops. The game features hundreds of events. Most important is how you can react to events that don't directly impact you. For example, a neighbouring faction could make their intentions known against another. You can then decide to place yourself in the middle of an event, on one side or another, should you be within a near enough vicinity.

As these events happen with or without your direct influence, plus the AI having its own impact on them, there are countless permutations a single game can take. Add on to this the natural emergent storytelling that comes with any Total War title, even using the same faction will never feel the same. Particualrly so if, linking into the way technology works, you use different units or follow a different path. 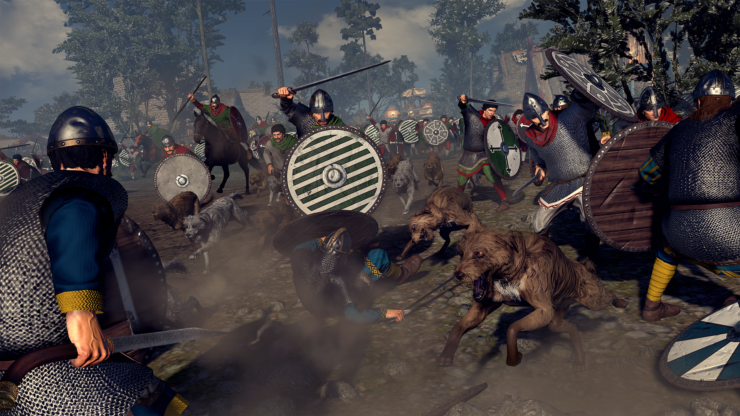 Total War Saga: Thrones of Britannia wont revolutionise Total War. That much is certain. However, one thing that is certain is that it makes more than enough changes to stand alone. The tighter focus, the storytelling approach and the variations that you'll encounter in each and every game will make Thrones one of the more unique titles in the franchise.

Releasing on the 19th of April, this is certainly a game to look forward to.