The Wii U is the underdog, the little engine that could. It was released with a lot of hype, though it quickly fell by the wayside as just a tiny update to the original Wii. It didn't offer anything substantial at the time of release, and certainly didn't capture the hearts and minds of gamers alike until just recently, when we all seemed to catch on to the fact that Nintendo has some very ambitious, and well delivered, exclusives on their hands. Fantastically so. This console can be enjoyed by kids and adults alike, with a plethora of good games. But these are what I believe are the top 5 best Wii U games you can currently get your hands on.

Keep in mind that these aren't necessarily in any particular order, but they all should be seriously looked at for the content and stories they deliver. Not to mention the downright amazing amounts of fun that can come from them. 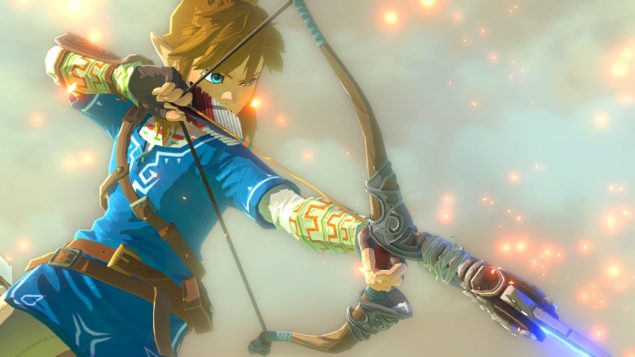 5. The Legend of Zelda: The Wind Waker HD

What a great surprise to have had this gem remade for the Wii U. It's no Majora's Mask, but the playful graphics and great control scheme help you to relive this 2003 GameCube classic in style. You'd be hard pressed to figure this game is as old as it is. The search for your kidnapped sister across vast oceans and through superbly rendered landscapes as you utilize a thoughtfully laid out combat system to slay Ganon's minions. The characters are both whimsical and deep at the same time, belying the "kiddie" nature it was originally criticized for. You can easily get lost in the open world with plenty of side quests to keep you busy. Plus this'll have to help tide you over until the new 2016 release date for the new Wii U Zelda entry.

What list wouldn't be complete without Mario Kart 8? It was a smashing entry into the world of Mario Kart racing, and it more than deserves to be on this best Wii U game list. Aside from vastly improved graphics, the wacky gameplay elements were kept intact and the better aspects of the Mario Kart franchise were improved upon in ways that need to be experienced. Track design has take on another higher level of sophistication, giving plenty of options on how to complete them and win, the controls are even more improved than before giving the best arcade like experience of any racing game I've played yet. Not to mention the great characters whose banter and animations are absolutely fantastic. Luigi Death Stare has made the rounds as a meme I believe. The best part, though? The competition with real friends sitting next to you and over the Internet alike. It's a great game to get together and play together. It's wholly satisfying.

This is really in a genre that the Monster Hunter franchise created, and it's a love it or hate it affair, usually. Monster Hunter 3 Ultimate is an action RPG that lets you do just as the name implies, hunt for gigantic monsters for resources and other things so that you can get more gear. The story takes a back seat in this third Ultimate edition, but that doesn't mean it's any less fun. The emphasis on quests, combat and the gloriousness of taking down some very impressively rendered monsters is amazing. It also has one of the best multiplayer experiences you'll find on the Wii U. Even if you've never been a fan of the series, this is one that truly takes advantage of what the Wii U has to offer and shows just how amazing a console it can be. You can lose yourself in this for countless hours.

Super Mario 3D World was another surprise in the waiting. At first glance it looks like any other open world Mario game from years past, but it ups the ante considerably from the Mario 64 days. The 3D world and the levels within are just fabulous. It's challenging without being frustrating and the platforming is something that even I can get into. Combine forces with the characters you love to rescue the Sprixies from Bowser, and use those masterly designed levels to your advantage to do so. But it's less about the silly plot and more about the silly gameplay that ensues. It's crowd pleaser and something that you probably skipped over, but rest assured that it provides a surprising amount of fun in a well put together package.

The childlike image should stop with this game right here. Bayonetta 2 is a purely adult game that makes no pretenses as to the content therein. It's an exotic game for what is usually such a gentle little console. Attach whatever weapons you like to our heroine as you participate in some of the most grisly action scenes since God of War. The combo system is plentiful, allowing for great animations to be displayed on screen and everything is gorgeously rendered. It's a positively staggering experience. Take control of the heroine and witch Bayonetta once again as you attempt to reach the top of Fimbulventr, fighting for every meter. The story is engrossing and, of course, over the top, but it's that extravagant story that really sets it above and beyond a lot of games, for any platform. It's quite satisfying, and shouldn't be missed whatsoever.

Like always, remember that this list is never all inclusive, but a list of games that truly show off the incredibly capabilities of the Wii U, and that are certainly some of the must haves for the system. But this best Wii U games list should at least provide a starting point for those that are looking to be a bit adventurous and delve into Nintendo's newest console before they release their next one.

Let us know what games brought light into your life in the comments, we'd love to hear what you guys think should be the top 5 best Wii U games out there.