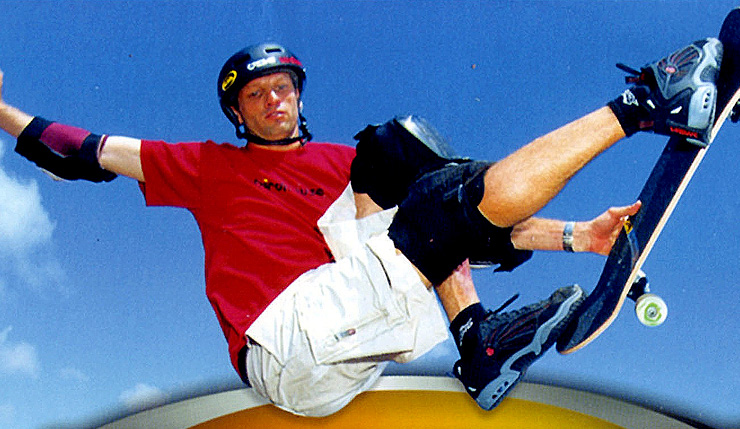 The Tony Hawk’s Pro Skater series dominated the early 2000s, but, unfortunately, the series has fallen on hard times in more recent years. New Tony Hawk games have been few and far between, and attempts to revive the franchise, like 2015’s Pro Skater 5, have been pretty regrettable. That said, it seems like Tony might be rolling back onto the gaming scene this year.

Australian punk band The Death Set recently posted on Facebook that they’d licensed a series of games for a new “Tony Hawk 2020” game. The post was deleted, but, as always, the Internet never forgets…

But this also seems like a major NDA breach. pic.twitter.com/gGUiNZL6i8

This lines up with a round of rumors that went around late last year. According to semi-reliable insider Sabi, Activision had some new prototypes of Tony Hawk’s Pro Skater 1 and 2 made up, although they weren’t sure if they had gone into full production.

Explanation of what I shared in my server:
An Activision contact told me a week or so ago about how Tony Hawk Pro Skater 1 and 2 had demos/prototypes remade. They went around internally. I didn't share before as I wasnt sure if they were being remade as full games, or just a test

Pro skateboarder Lizzie Armanto also explicitly said she was appearing in a new Tony Hawk game in an interview with The Nine Club podcast. The interview was later edited to remove Armato’s telltale quote. Hmmm, just a bit suspicious, no? Take this all with a grain of salt for now, but it sure seems like something is up.

If a new Tony Hawk game is in the works, it will be interesting to see what form it takes. A remake seems most likely, as Activision has recently been making serious bank revisiting their older properties like Crash Bandicoot and Spyro the Dragon. Remaking the first couple Pro Skater games would be an obvious nostalgia-milking next step.

What are your feelings on this? Do you think ol' TH is jumping back into the game? And if he is, are you ready to grind some rails again?