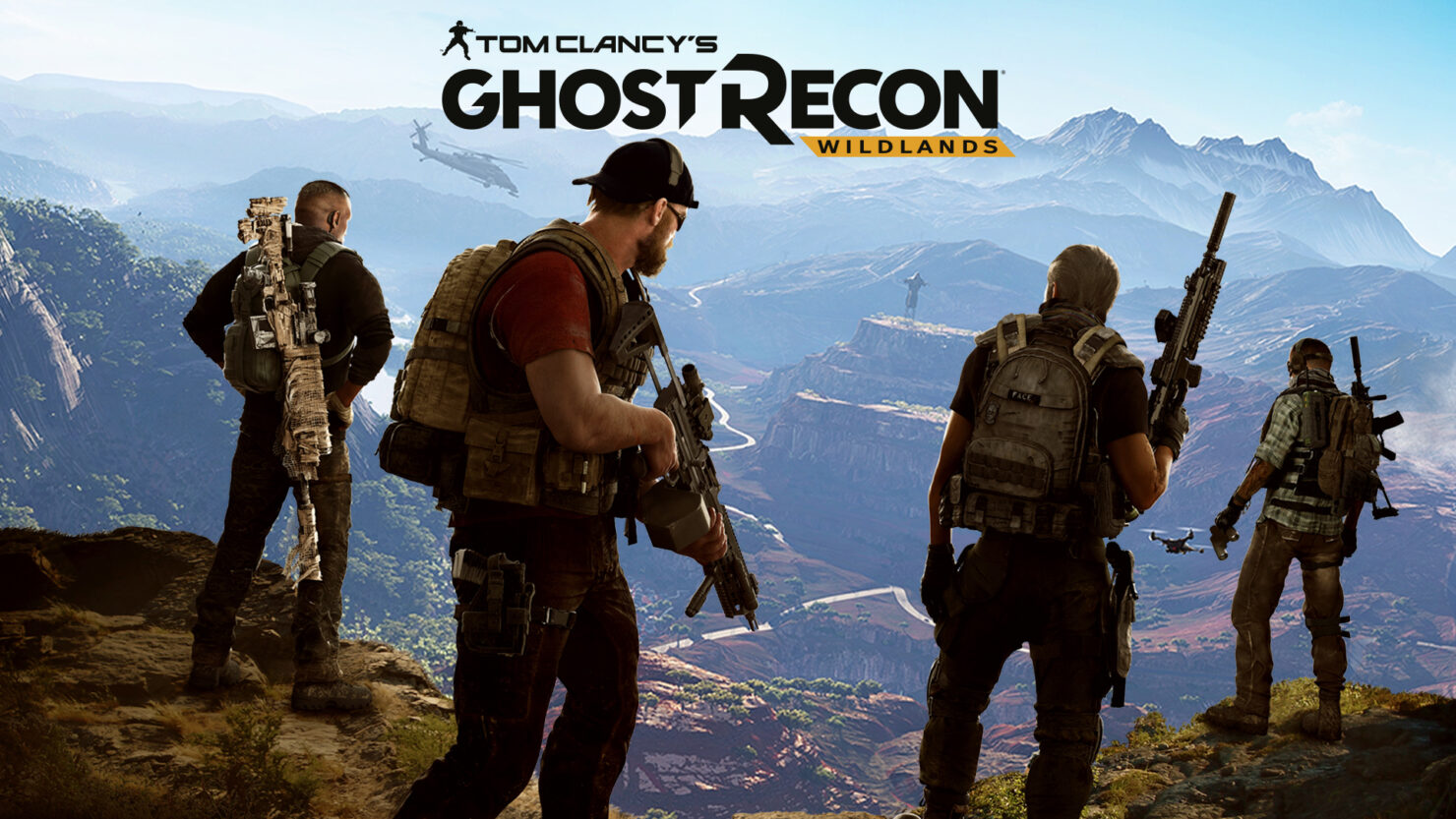 In an early article we took a look at the open beta performance of Tom Clancy's Ghost Recon Wildlands, but that was with pre-launch optimized drivers from both parties.  Now that Wildlands is finally out in the wild we are revisiting the game to see how both parties fare and what kind of performance you can expect if you're looking to pick this title up.  With both AMD and NVIDIA having updated their drivers for Wildlands and its first big patch it's time to see how well they both put the hammer to the AnvilNext engine, sorry couldn't resist.

But, today we're not here to critic the game but rather the performance.  To do so we moved over to our x99 test system and went from there.  Setting the game to the "High" preset  we found was good grounds to start with, as with other games lately moving past this preset proved little gains but massive performance hits.  Being the nature of open world games that are alive with action, weather, and other uncontrollable details we stuck with the games built in benchmark since it was fairly representative of the performance we saw through the first missions of the game.  Running three times and taking the average of the three metrics we look is how we arrived at the AVG FPS, 1% Lows, and .1% Lows found in the graphs below.

While we don't have it ready right now we will be including Ryzen results going forward along with a CPU scaling portion for PC games performance articles. 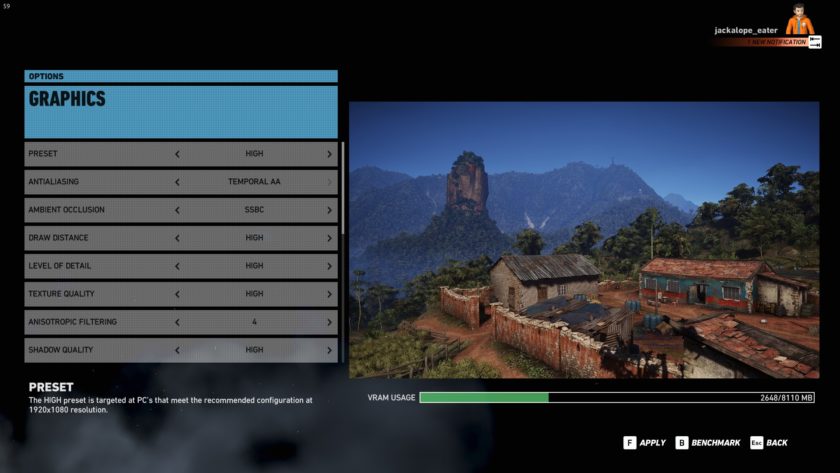 Starting off with still the most popular resolution we see the GeForce cards holding a clear advantage in the not only the top of the charts but the minimum 1% and .1% lows.  The Radeon cards are putting up respectable averages but the minimums are hindering the game play with consistent stuttering. 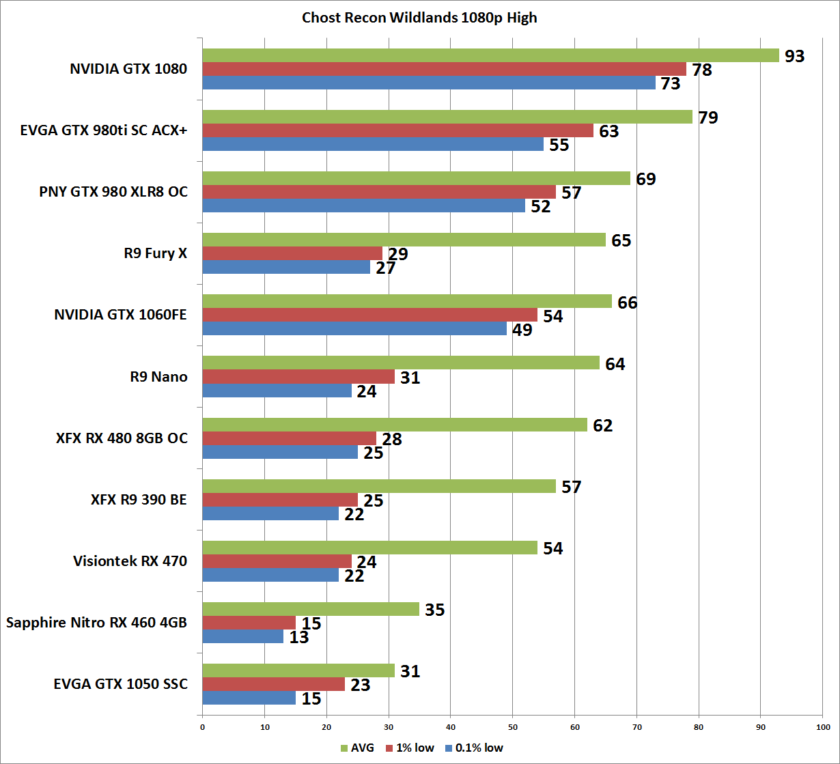 Moving up the pack to 1440p we see very little change in the charts especially when concerning the minimum.  At this point I'm sure someone is looking at the Fury cards and questioning the frame buffer, but I assure you at 1440p High we are far from exceeding the 4GB of HBM. 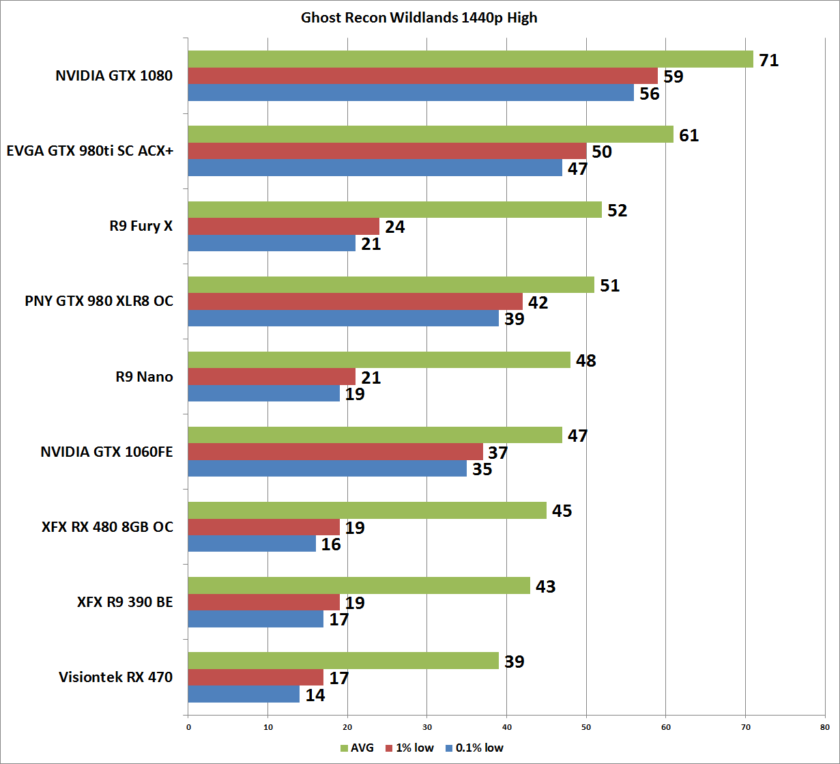 Only the serious need apply here, and bring a GSync monitor with you.  4k is far from a easy feat here with this game.  Only the GTX 1080 is able to keep the 1% and .1% minimums above the 30 fps mark.  A tough cookie indeed. 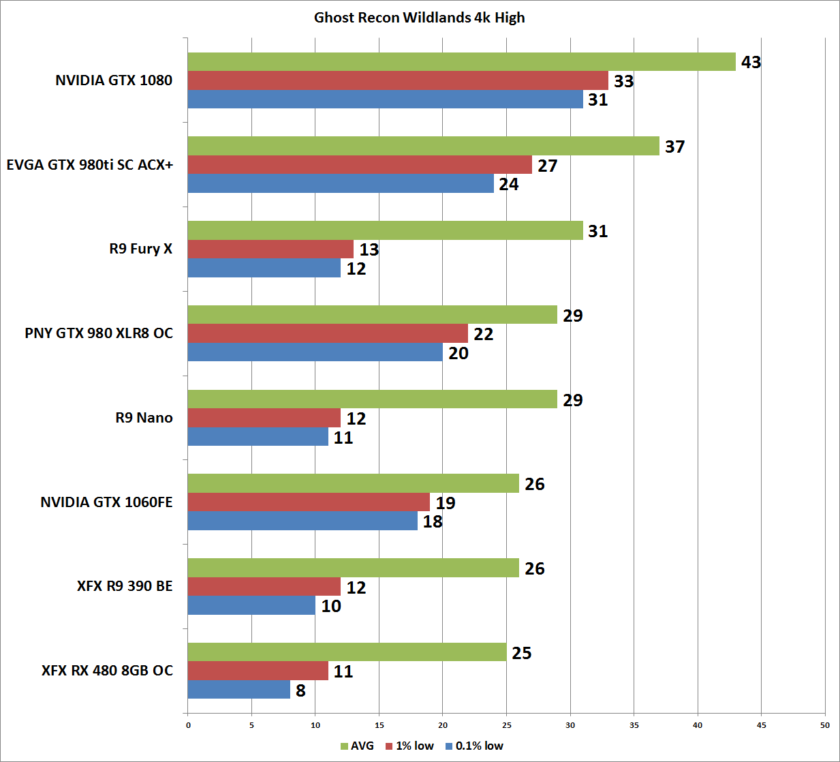 Even though Radeon had their GR:W driver out first, a day before launch to boot, they still have a ways to catch up on the bottom end of the frame rates.  That's not to say they can't, because their average frame rate is good except on Fiji where it should be higher, so hopefully there's some tweaks yet to be had.  While all cards are showing an overall performance advantage over the open beta Radeon has still yet to catch up in this regard.  Meanwhile the GeForce cards, outside of the GTX 1050 (and for that I recommend much lower settings), are showing respectable minimums resulting in the smoothest game play experience.  So if you're gaming on a mid-range or better GeForce choose a preset and happy hunting, but if you're on Radeon you'll need to take some time to tweak the settings for better performance.