Titanfall 3 is Not in the Works, Respawn is Focusing on Apex Legends Instead 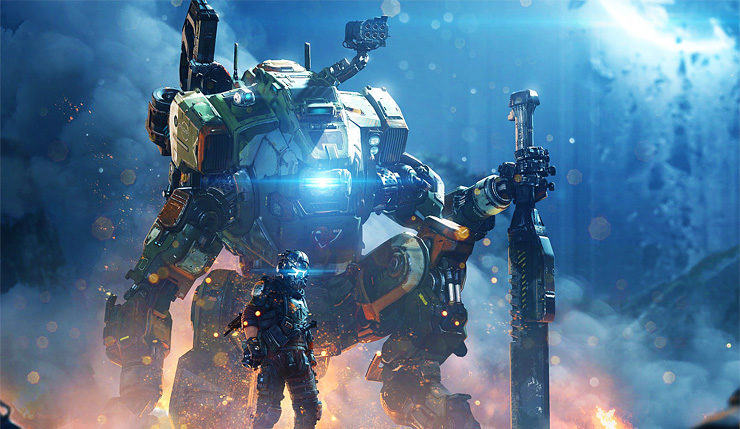 Just a few hours ago EA and Respawn Entertainment revealed and released Apex Legends, a new F2P battle royale game set in the Titanfall universe. Fan reaction has been mixed, but hey, as long as a new Titanfall is also coming out, it’s easy enough to accept Apex Legends as a side thing. Well, about that…

At a press event following the big Apex Legends reveal, producer Drew McCoy told Eurogamer that Respawn is not working on Titanfall 3.

“The world thinks we’re making Titanfall 3 and we’re not – [Apex Legends] is what we’re making."

“We were just like, ‘Let the game speak for itself.’ It’s the most powerful antidote to potential problems. We’re doing a free to play game, with essentially loot boxes, after we were bought by EA, and it’s not Titanfall 3. It’s the perfect recipe for a marketing plan to go awry, so why have that - let’s just ship the game and let players play.”

So yeah, Respawn knows exactly the kind of backlash they’ve got coming, but they’re forging ahead anyways. The revelation that Titanfall 3 isn’t happening is certainly a surprise, as EA specifically said Respawn is working on more Titanfall when they bought the studio back in 2017. Of course, you could say Apex Legends is a Titanfall game since it takes in the same universe, but come on – can something without giant robots properly be called a Titanfall game?

Interestingly, according to Kotaku’s reliable insider Jason Schreier, Titanfall 3 was definitely in development at one point. He speculates Apex Legends is either a stopgap before a next-gen Titanfall 3, or the work on Titanfall 3 became Apex Legends. At this point, it seems like the second option is more likely.

Since the reveal of Apex Legends, a few more details about the game have been revealed. You will need an Xbox Live Gold subscription to play, but not PlayStation Plus, although PS Plus subscribers can access a free play pack with some exclusive items. Crossplay is, unfortunately, not supported.

On the monetization front, Legends can be bought with premium currency (“Apex Coins”) or earned in-game, cosmetics can be unlocked via an in-game shop or through a battle pass, and, yes, there are randomized loot boxes. You can check out a handy Apex Legends monetization guide, courtesy of IGN, below.

Apex Legends is available to download on PC, Xbox One, and PS4 right now.