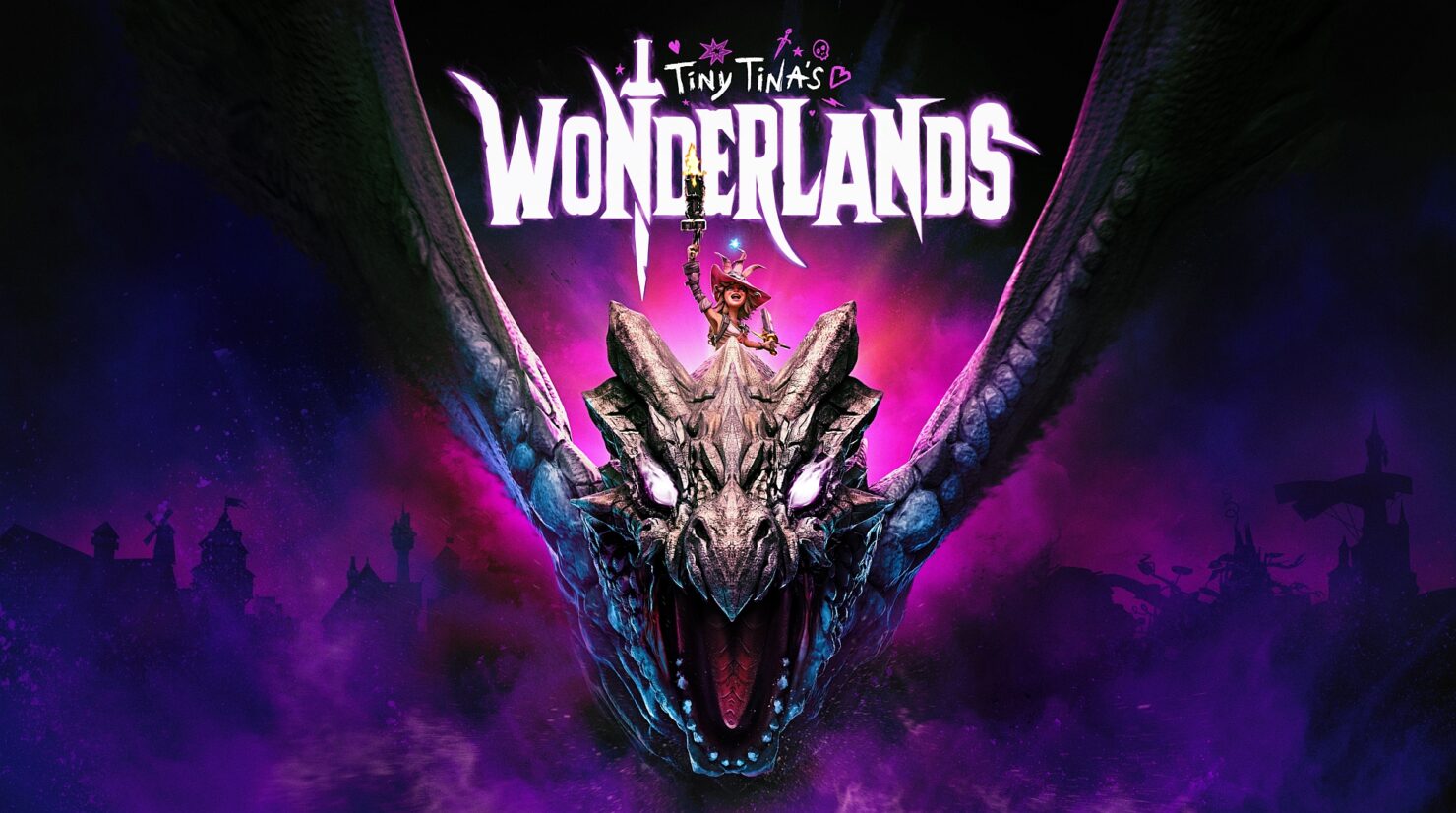 Borderlands satires literally everything it touches. From the very first time you hear Ain’t No Rest For The Wicked to every iconic send up of Handsome Jack, Claptrap, or anyone else with a speaking role, to the weapons and half the quests across four games. Everything in Borderlands is a joke, and usually, one aimed at something the player will recognise. I’m not saying the jokes are always good, but they are always jokes.

Tiny Tina’s Wonderlands takes these jokes from the virtual to the tabletop, but not for the first time. Bunkers and Badasses have been around nearly as long as Borderlands itself, appearing in the second game’s Assault on Dragon Keep Expansion. This was a romp through a Dungeons and Dragons inspired world, twisted by Tiny Tina’s chaotic flavour. It was also one of the best expansions, maybe even one of the best experiences in the Borderlands universe, so now we’ve got a whole bunch more.

As an over-the-top fantasy adventure gets stretched over a sci-fi franchise, you can expect a few changes, but the guns aren’t one. Guns have been the staple of the Borderlands world since the beginning, and they can’t just get rid of them in this spin-off. Now you’ll be running around with weapons coated in rotating runes and other fantastic designs to try and disguise the fact they’re guns. But they’re still just as fun, with a huge variety of types of weapons that feel and sound different enough that you’ll be choosing between what feels good and what has better numbers. Because Borderlands stats have also traversed across to Wonderland too. Each battle feels a small trove of goodies to collect, ogle over, and probably forget about in your inventory as you delve into the dungeons and fight the dragons that aren’t in any way related to established and trademarked products. If you thought the Wonderlands might be a departure for the guns and numbers you’ve come to expect from Borderlands, you’d be wrong. 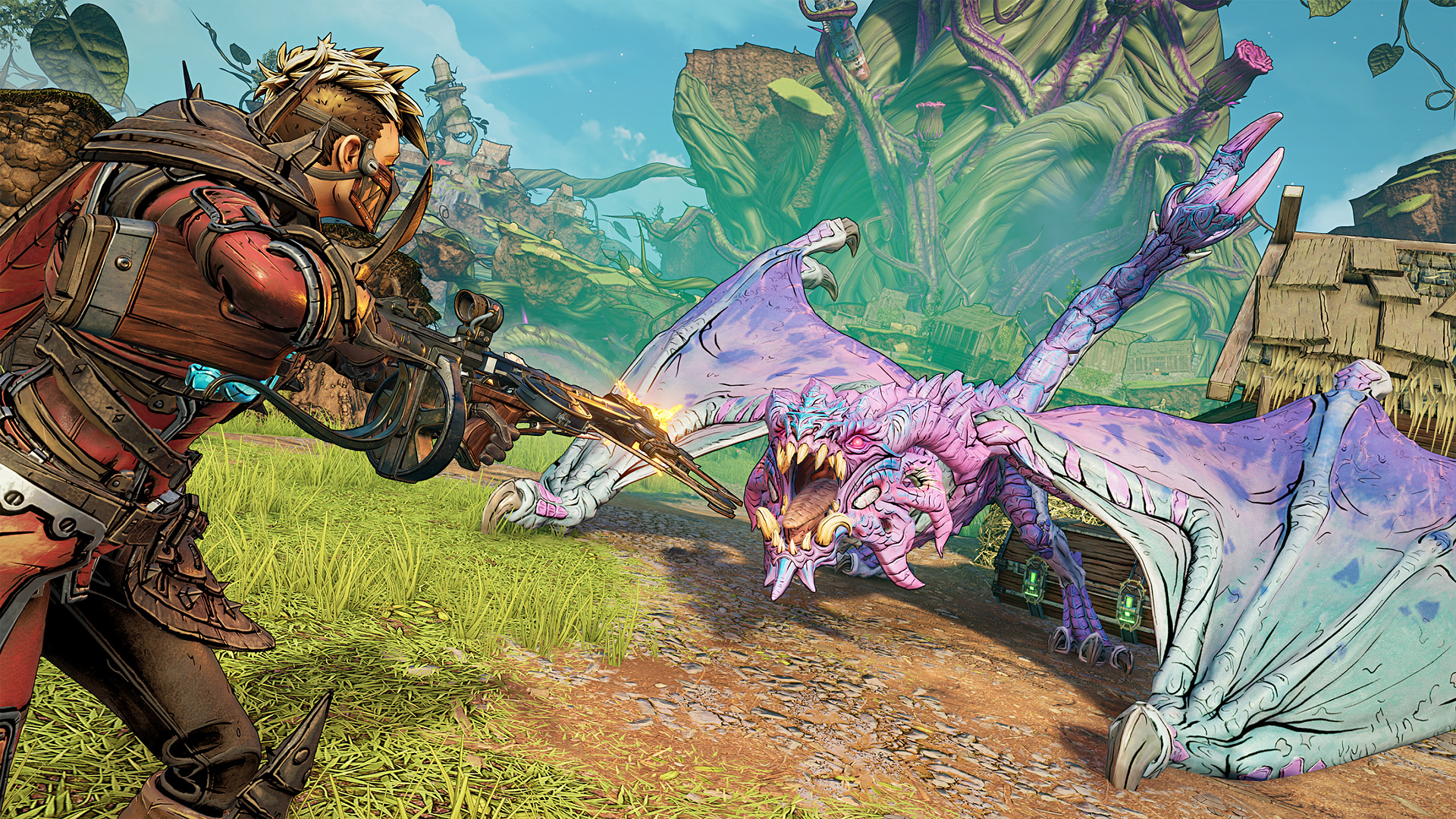 The world, however, is very different. For the first time in the series, you’ll be traveling across an overworld, complete with side quests and random encounters, as your party journeys through Tiny Tina’s Wonderlands. This all takes place in delightfully retro third person and creates a sense of movement without needing a magically powered horse and cart or whatever they would have done to replace a car.

And the game looks fantastic too. You don’t have to worry about sprinting through barren deserts or getting caught out between two interesting landmarks as the overworld lets you glide straight through them. Instead, the game takes you on a rollercoaster tour of the coolest scenery, biggest set pieces, and most over-the-top fights at a breakneck pace. The preview featured a handful of different locations, and the game promises many more with its full release. The comic book cel-shaded design gives it a great and colourful feel that makes it stand out even more against games it might remind you of. Throughout the preview, I was constantly reminded of Vermintide 2, although there are more differences than similarities. The humour in Wonderlands is in your face, as is the colour, while both are a lot darker in the Warhammer universe. But if you’re hoping to play a coop fantasy game but don’t want to see bloody rats split in two by your sword, this one might do.

Tiny Tina’s Wonderlands isn’t entirely focused on guns, though. Each character will have access to a range of spells that operate similarly to the grenades, with various effects and debuffs, as well as their melee weapons. Close quarters combat in Borderlands was nearly always sorted with a shotgun, hopping desperately backward while unloading a couple of rifle clips into the enemies. Melee was nearly always the last resort or maybe a cheeky finisher. The game offers you a surprisingly versatile range of swords, axes, and heavy things to hit enemies with and really opens the effectiveness of bashing stuff with them. The most significant change is that melee attacks now snap you closer to the enemies if you’re out of range. This lets you get in a devastating first strike and close the distance if you want to.