This War of Mine, developed by 11bit studios came out last November and got very good reviews. It brought something new to the table, it's a survival and base-managment game but don't let that fool you. The game is set in a war-torn city where you need to take care of your group of survivors, you are all normal people just trying to survive. You are not soldiers, and trying to play as a morally corrupt bandit who steals and kills will have severe consequences on your groups morale, even though stealing sometimes might be the only option to survive. The game is very good and it's quite surreal, it paints the ugly picture of what a war-torn city looks like in real-life. 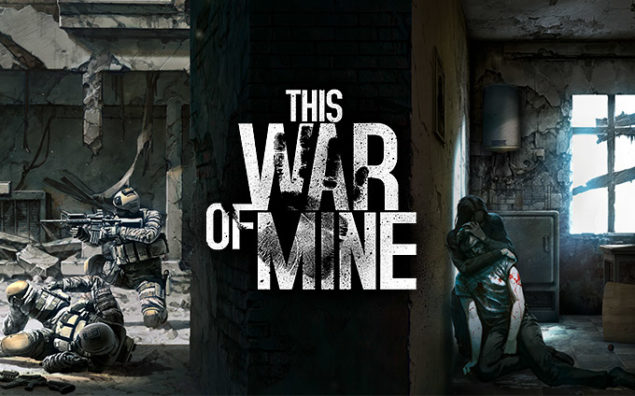 From the Steam-page and the press release, we can see that all sales of the DLC, aptly named War Child will in fact go to the Charity War Child, which is a group that's dedicated to helping children that have been caught up in conflicts and wars throughout the world.

This War of Mine - War Child Charity DLC contains unique street art pieces made by artists from all over the world including: M-City, Gabriel "Specter" Reese, SeaCreative, Emir Cerimovic, Fauxreel and Mateusz Waluś. You’ll be able to find all of them in different places within This War of Mine, building a unique in-game gallery. The compositions represent reflections on the human condition and the state of humanity during a time of war.

100% of the proceeds from the DLC go to the charity War Child, who focus on helping children who suffer from conflicts and wars around the world. The DLC was made thanks to the aforementioned artists, graphic artists from 11 bit studios and War Child UK.

There are currently three tiers you can purchase the DLC from, all of them are the same in the way that all of them include the DLC. But the tiers are there for gamers with some more money to spare if they want to. The three tiers are: $0.99 - $9.99 - $19.99 and you can find them over on Steam.

This is a really good thing in all honesty. I do approve as well as enjoy seeing developers both big and small doing this sort of charitable engagement. So If you own the game, I encourage you to drop at least that 0.99$ on the DLC, if you don't own the game, well maybe you should check it out, it's a great game after all.