The Witcher III: Hearts of Stone Gets First Screenshots & Details

The Witcher III: Hearts of Stone is the first paid DLC for CD Projekt RED's award winning RPG, and it's coming in just over two weeks. 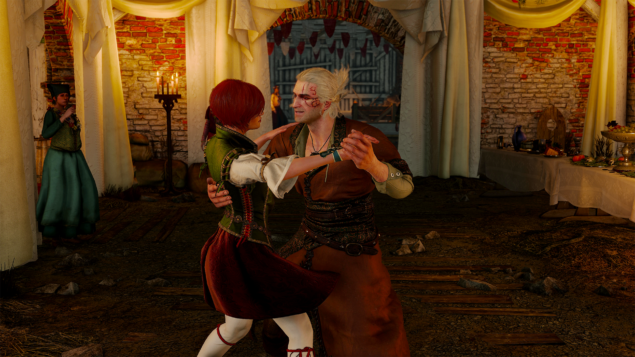 Today, the Polish studio released the very first official screenshots of the game. You can find them in the gallery below, but some enterprising members of the official forums also snatched the first details on the expansion from German magazine Gamestar. Here's a lowdown of what they reported:

- Quite a few bosses, every last unique and in comparison to the base game quite difficult
- No new region, but the map will be extended in the north and northeast of Novigrad. The mood reminds of Witcher 1
- We will visit the Oxenfurt academy
- Shani romance won't have any effect on Triss/Yen
- Our Witcher 1 choice regarding Triss/Shani won't have any effect

- Some details on the newRuneword mechanics: A special merchant builds runewords out of three runes and burns them into our sword or armour. We can level that runeword with (a lot of) gold. The runewords have unique effects, for example burning enemies explode when they die.

-There will be 5 new talents.
- New items including one new set (which enhances signs)
- High level variant of the school of the viper set
- We will have now four slots for potions instead of two (can't change them during combat anymore though)

According to CD Projekt RED, this is what we'll find in The Witcher III: Hearts of Stone:

Step again into the shoes of Geralt of Rivia, a professional monster slayer, this time hired to defeat a ruthless bandit captain, Olgierd von Everec, a man who possesses the power of immortality. The expansion lets you choose your own way through an adventure that includes recruiting a crew of break-in artists, spending a night partying with a ghost and outsmarting the most bizarre creatures Geralt has ever faced.

Launching October 13th, 2015, Hearts of Stone packs over 10 hours of new adventures and introduces new characters, powerful monsters, unique romance, and a brand new storyline shaped by gamer choices. The expansion also introduces a brand new system of Runewords that significantly affects gameplay. Each Runeword will impact a different aspect of in-game mechanics and will allow the players to experiment with various strategies and tactics.

The DLC launches on October 13 for all platforms (PC, PlayStation 4 and Xbox One) and it's part of the Season Pass, which also includes Blood and Wine, scheduled for release in Q1 2016.