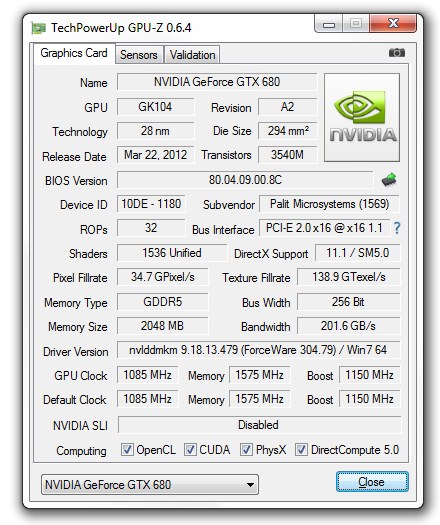 GPU-Z 0.6.4 also changes the way multiple GPUs in a system are sorted in the GPU selection drop-down list. They are now arranged by display-outputs. GPU-Z now correctly reads memory amount for NVIDIA GPUs with over 4 GB of memory. Support for CHL8288 VRM controller is improved giving accurate temperature readings. A number of stability issues were addressed.