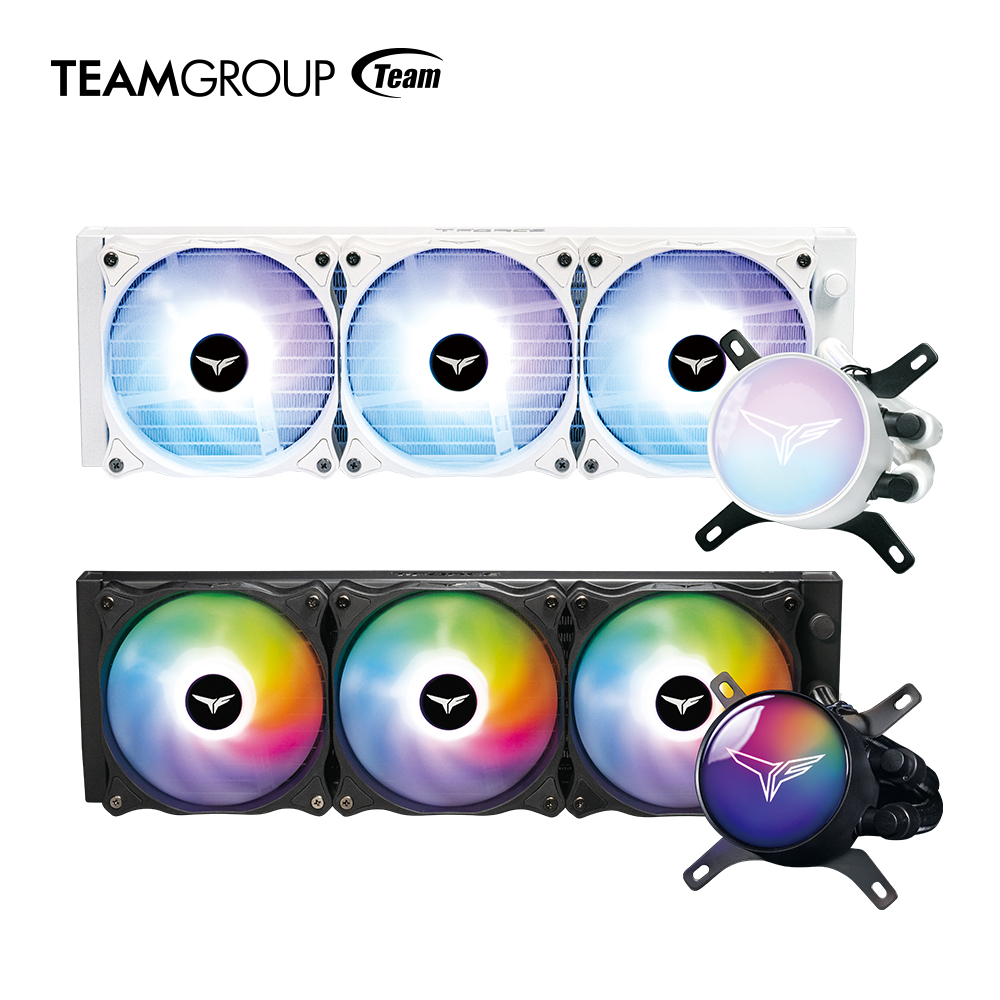 The cooler comes with three high-speed ARGB fans and supports various lighting control software, allowing consumers to create unique and dazzling ARGB systems however they desire. In addition, the thermal performance has been significantly upgraded to provide the best cooling possible.

It also features an aluminum water block with a copper base, a high-density jet fin heatsink, and pumps that run at a high speed of 4000RPM. The fans also support PWM (Pulse Width Modulation), an intelligent fan control method that can adjust the rotation speed according to the temperature to achieve the best cooling results. A departure from older water block designs is the placement of the water pump inside the radiator, which reduces CPU wear and noise.

T-FORCE SIREN GD360E ARGB Cooler is equipped with ultra-powerful pumps that run at a fast 4000RPM, which provides outstanding cooling efficiency as well as low noise levels. The pump is combined with fluid dynamic bearing fans, allowing the cooler to be able to maintain low noise even at high speeds, for players to enjoy the beautiful ARGB lighting as well as great performance without distractions. In addition to having perfect compatibility with the many existing Intel and AMD sockets, the new liquid cooler also supports the latest Intel LGA 1700 and AMD AM5 sockets. The intelligently engineered and meticulously crafted T-FORCE SIREN GD360E All-in-One ARGB CPU Liquid Cooler provides consumers with absolute flexibility to create their own personalized setups.