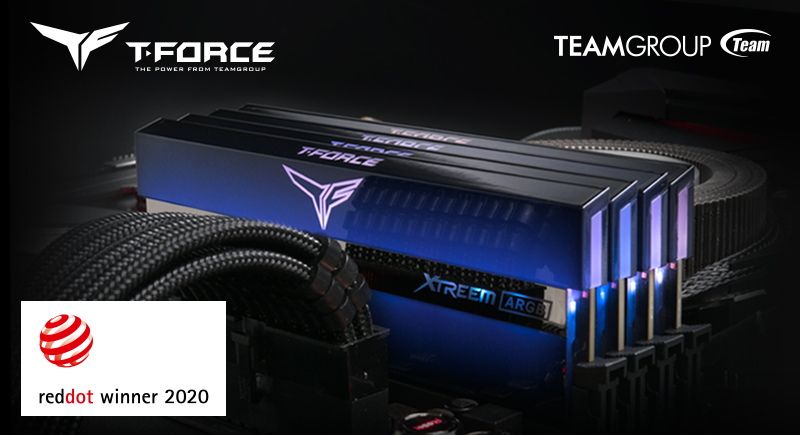 TEAMGROUP today announces that the T-FORCE XTREEM ARGB Full Mirror Gaming Memory has won the Red Dot Design Award 2020. The XTREEM ARGB has earned an enthusiastic response from gamers around the globe ever since its release. It stands out among 6,500 entries worldwide and overwhelmingly praised by international experts. TEAMGROUP’s strength and creativity in product research and development make the T-FORCE gaming brand shine at international design awards once again.

The German Red Dot Design Award, one of the world’s four major design awards, has an extraordinary influence in the industry and is also an important indicator for designers. It was founded by the famous German design association, Design Zentrum Nordrhein Westfalen in 1955. Global professional jury judge entries based on creativities, solutions, product communication design, and concept. The award has attracted over six thousand entries from more than 60 countries. 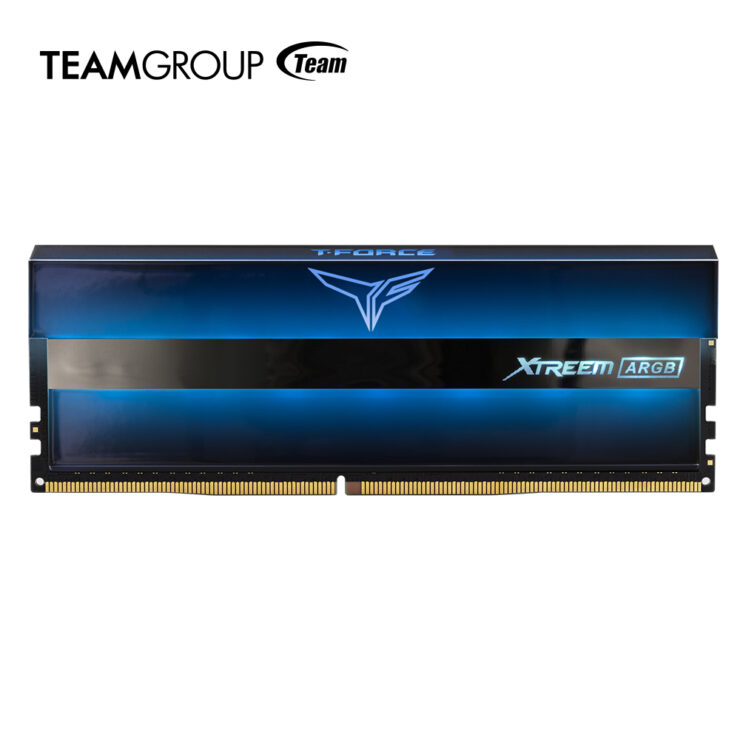 And Teamgroup's T-FORE XTREEM ARGB Full Mirror Gaming Memory has won the award with product uniqueness and rich creativity and shines in the design field.T-FORCE is committed to developing products that combine innovative texture and performance. The award-winning T-FORCE XTREEM ARGB Mirror Gaming Memory not only uses Addressable RGB LED (Addressable RGB: A single LED capable of emitting colors independently and controlling speed), with colorful full mirror design and the visual effect of penetrating light guide, the optical technology can perfectly present the aesthetics of multi-layers. 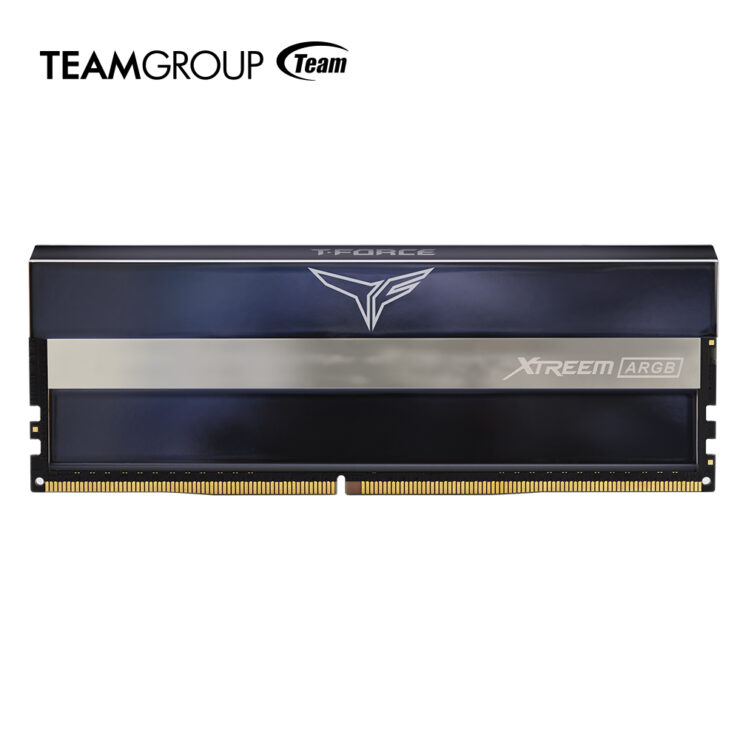 Besides, the outstanding overclocking performance makes it a classic combination of high performance and premium texture. Not only it is praised by experts worldwide, but it also shines internationally with its beautiful and eye-catching design. The highest clock speed offered sits at a respectable 4,000MHz with timings of CL 18-22-22-42.  Overclocking can be super easy without the hassle of manually adjusting the BIOS.

The Teamgroup T-FORCE XTREEM ARGB DDR4 Gaming Memory is plug and play ready. It is compatible with both Intel & AMD platform, therefore gamers can build their system without worries. It goes for $169.99 for the 4000MHz version that includes ARGB as well.