After the original announcement in 2004, Ni-Oh resurfaced at TGS 2015 three months ago. 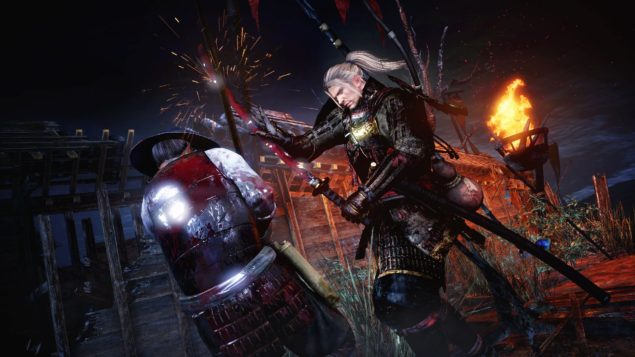 This action game with RPG elements is now targeting a PlayStation 4 release in 2016. Set during the Sengoku period in Japan, Ni-Oh is based on a script by film director Akira Kurosawa. The main character is a blonde-haired Samurai (eerily reminiscent of Geralt of Rivia in looks) who is the son of a Japanese lord and a Western woman.

As for the game itself, Team Ninja is clearly mixing Ninja Gaiden with Dark Souls in a way that's certainly intriguing. It'll be possible to change stance on the fly, which will modify the main character's offensive and defensive capabilities. Also, every action such as changing armor/weapon and even healing will happen in real time, meaning that you'd best take care of not having enemies around before doing it.

An interesting tidbit worth noting is that Ni-Oh was presented yesterday as a console exclusive during the PlayStation Experience 2015 keynote. Usually, this means that the game will eventually make its way to PC and this wouldn't really be a huge surprise: Sony Computer Entertainment doesn't seem to mind sharing third party games with PC, and Koei Tecmo has released more and more of its titles on Steam lately.

In the meantime, check out this stunning Ni-Oh trailer shared yesterday.