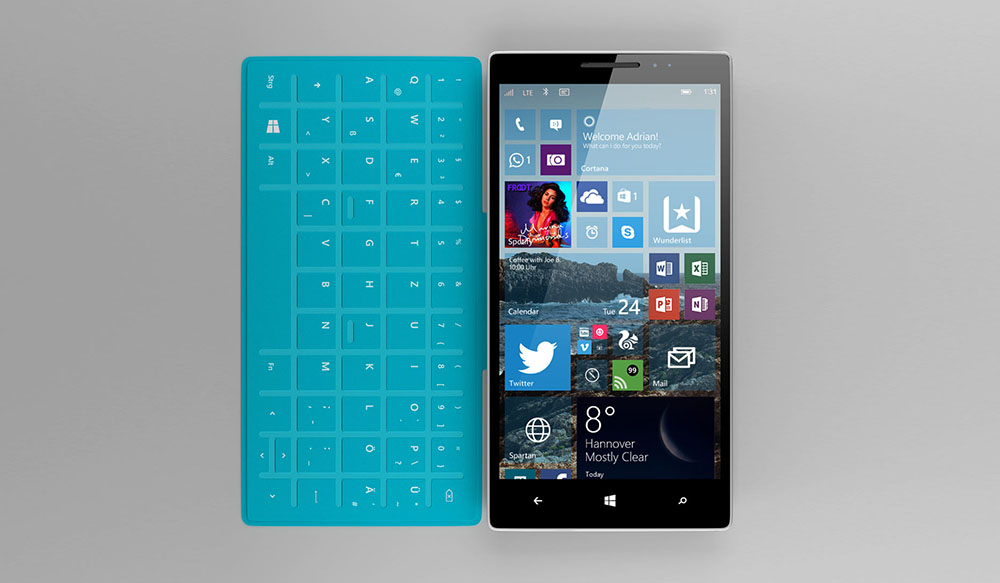 A lot of Microsoft patents about a folding device which apparently runs Andromeda OS, a special version of its Windows 10, have been spotted since last year. The patents describe a tablet that can be folded into a handset. Many have speculated that this folding device is the upcoming Microsoft Surface Phone and from the looks of it, the upcoming device might be running an ARM SoC.

Inside the latest Windows 10 SDK, there is code that references to the Andromeda OS. The code was discovered by WalkingCat, who often leaks Windows-related information. Before this, WalkingCat had discovered a list of smartphone apps hidden on the Windows Store that are related to the Andromeda OS. Apparently, Andromeda OS will support ARM as well as x86 CPUs. However, the actual product will be fueled by ARM chips.

The code reveals that the Andromeda OS is internally referred to as the ‘Factory OS Andromeda’. The actual device has also been mentioned inside the code. Some of the patents that have surfaced talked about the hinge mechanism so it appears that Microsoft has mastered that part of the device already, and it should have considering the unique hinge design of the Surface Book 2.

It was earlier rumored that there would be magnets on both sides of the phone’s spins to enable it to fold. Apparently, the foldable device will be able to fold into different positions ranging from laptop mode, folded mode, tent mode, and tablet mode. There should also be a note app that will let users take down notes on both ends of the display as if they were writing notes on physical paper.

A patent that surfaced earlier this month mentions a thin hinge display that would be located between the larger displays. This display would enable the device to appear to have one large display when it is used in the tablet mode. The code found inside the SDK also mentions WindowsCoreOS that transforms Windows 10 into a modular platform. The push from Qualcomm and Microsoft for the Windows 10 on ARM platform should encourage other manufacturers to introduce better-performing offerings in the future.

Only yesterday, it was reported that a Snapdragon 845 will be found in portable devices, and these could deliver up to 50 percent performance improvements.