As mentioned in a previous post, Apple has already provided the iOS 4.2 GM version to the developer community, and full scale public release is imminent. Once this happens, Apple will stop signing the old firmware, which will make it impossible for you to get SHSH blobs for iOS 4.1.

What the hell are SHSH blobs & why should I save for iOS 4.1?

The SHSH blob is a signature file which is verified against Apple Server to verify that the iPhone(or any other iOS device) is running the latest version of the operating system. If for some reason, when you are try to restore to a previous version, Apple will not allow you to do so, becuase you are trying load an older version of iOS. To get around this, we need to send a request to a different server (local or designated) which sends an SHSH blob (which was saved by you) back to iTunes faking that its the current version. (source)

Step 2: Once you have downloaded, start TinyUmbrella and connect your iOS device with your PC or Mac via USB. Make sure iTunes is not running.

Step 3: TinyUmbrella should now detect your device, as shown in the screenshot below. 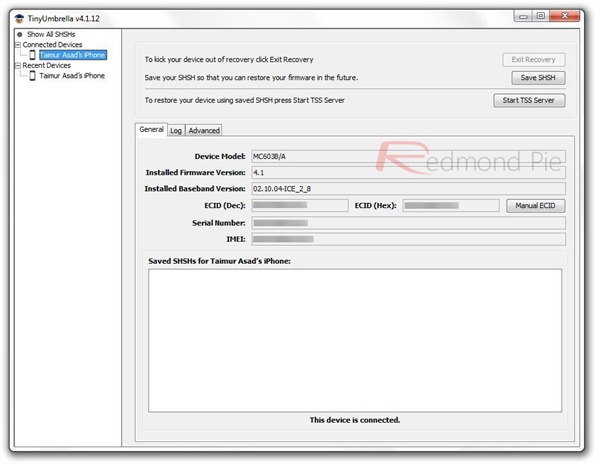 Step 4: Now click on “Save SHSH” and wait for TinyUmbrella to save your SHSH blobs on Cydia 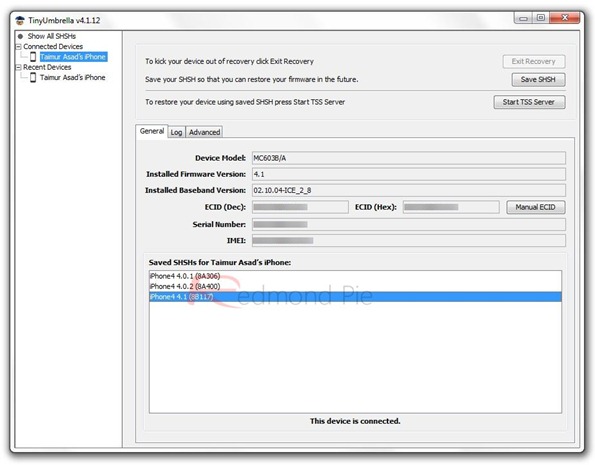 Your request is now queued on Cydia. Once completed, Cydia will show your saved SHSH blobs on the main page as shown in the image below. 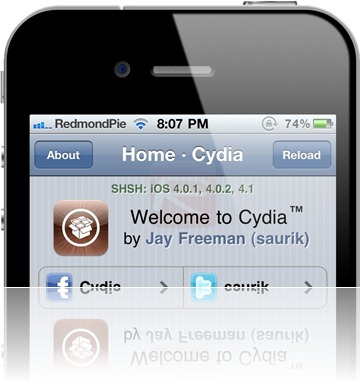