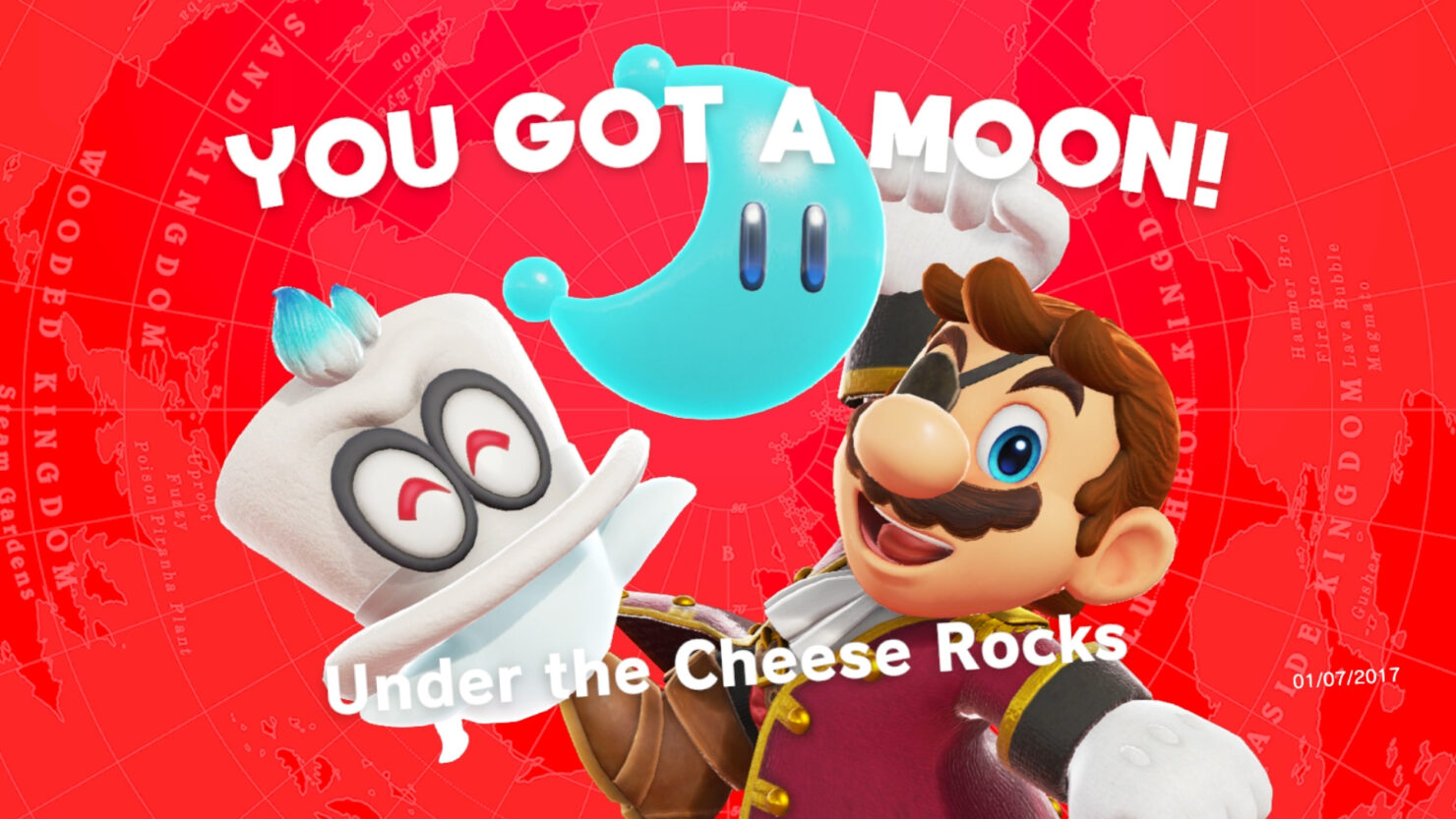 As much as I enjoyed Super Mario 3D World, it didn’t stick with me, and upon returning to it for multiplayer visits with pals, I still wasn’t enamoured. Certainly, it had all the Nintendo-quality charm that a Mario game needs, but something was lacking. Thinking back even further, I feel pretty similarly about Super Mario Galaxy. An incredible game with a brand new gravity-bending mechanic, but over time I’ve mostly forgotten it, aside from the amazing soundtrack. When I think back to truly memorable Mario games, I think of Super Mario Sunshine and Super Mario 64, and most of those memories are just me backflipping across rooftops and trying to wall jump onto the castle roof. 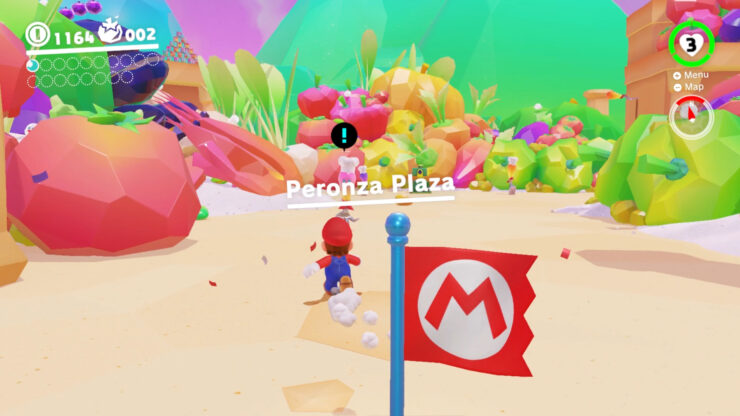 That’s because, for all of the praise you can heap on games like Super Mario Galaxy, the tight, and impressive level design leaves little for exploration. You go in the level, you get to the end, and you’re done. If you remember anything about that five-minute jaunt months or years later, it must’ve been something truly special. In Sunshine and 64 however, levels were sandboxes, you were given a hint at the beginning, and then everything past that point you had to figure out through discovery alone - you weren’t thrown in a straight path littered with obstacles, you were thrown into a memorable and discoverable world.

After such a long time away from such freedoms, I almost felt lost playing Super Mario Odyssey. Aside from an early tutorial stage, everywhere I looked had multiple things to see, multiple paths to take, and I was drowning in the possibilities. 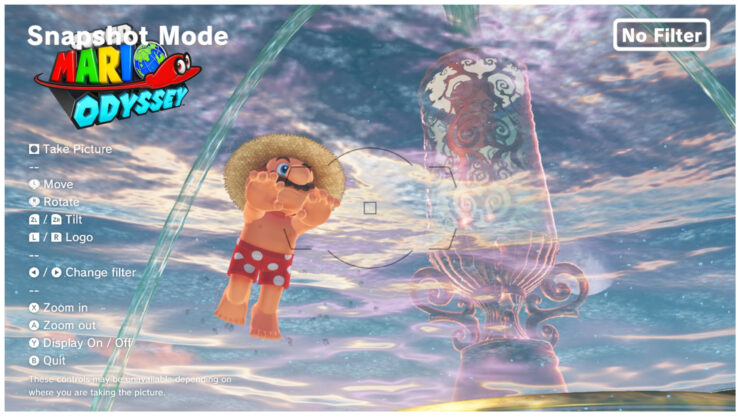 I visited the Luncheon Kingdom, a massive, colourful volcanic region where the residents (who are cutlery, for some reason) are stressing over a huge bird who has taken roost atop their volcano. The blocky, sandy-coloured stone structures and the multicoloured polygonal fruit harvest juxtapose and it’s hard to take your eyes off either one. Pulsating pinky-purple lava burns Mario as he falls into it, and bubbly lava enemies can be controlled to traverse it.

But of course, even in Super Mario Odyssey the platforming challenges of those more linear Mario games remain, though they ask you to be more creative. The open nature of the world means there’s more than one way to reach a goal, and by combining Mario’s repertoire of moves and the abilities of creatures and enemies around you, there’s a big variety of ways to make it where you’re going. When controlling the lava bubble enemies you can swim through lava and jump incredibly high, but hit the ground outside of lava and Mario transforms back to normal, leading to some interesting challenges as you try to make sure to only touch lava as you use the ability to climb a mountainside. 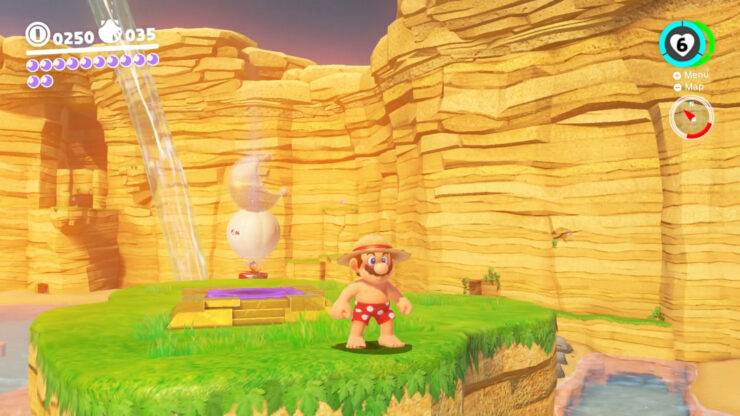 While heading to the top of Top-Hat Tower in the game’s opening level, fog moved out of Mario’s path as he ran down hillsides, giving the whole world this layered quality which really drilled home the fact that this is, for all intents and purposes, a new generation of Mario. He’s not just going back to an open style of level design, but he’s doing it with new graphical techniques and tweaks that don’t just stop at his nose bouncing about and his moustache hairs being rendered - although those are both incredibly important, too.

The Seaside Kingdom had to be one of my favourites through - talking a giant octopus down from the top of the Glass Tower felt incredible, and hunting down the giant beast as he used the space of the level to escape from me felt exhilarating - I don’t want to spoil too much, but it was a real visual treat and helped me appreciate the size of these stages. 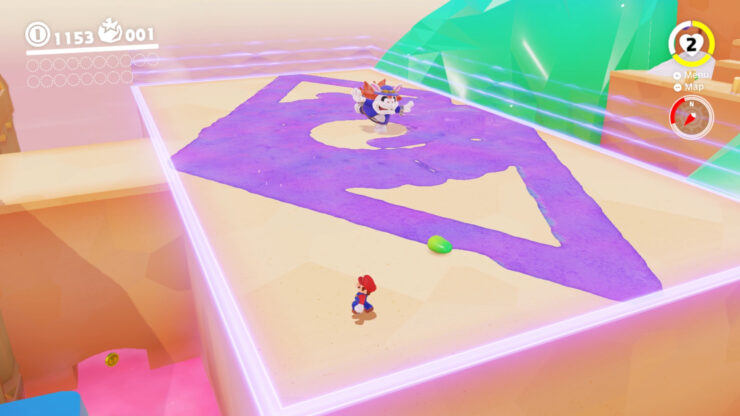 When you leap into a world, there’s so much to see. You just pan the camera 360 degrees and you can already see landmarks you need to visit (that you will decide to visit in your own time based on what looks most interesting, Zelda-style), enemies that need beating, and even silly little minigames that you can get a high score on (using Cappy to bounce the volleyball back is OP).

But that was all just on the surface of the Seaside Kingdom - under the water, there were even more coins to collect, enemies to beat, foes to capture and use the abilities of… No matter where I looked, it felt like the possibilities in the game were expanding; the more I knew about the game, the more possibilities there were all around me. 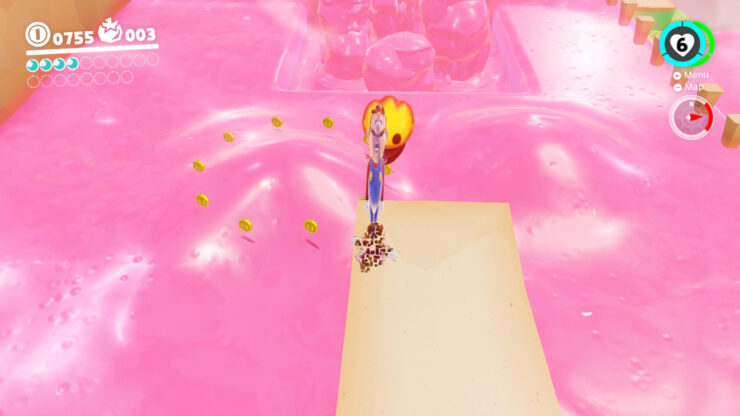 Super Mario Odyssey really is shaping up to be an incredible game, filled to the brim with content and new things to discover. Most importantly, I already feel like this is a game I’m going to remember. I will travel to each kingdom, discover and explore as much as possible, and then in ten, fifteen, or even twenty years I’m going to come back and remember much of it; and that’s a gaming experience that just can’t be overstated.

Super Mario Odyssey is out on October 27th worldwide, exclusively for Nintendo Switch. You can pre-order the game via Amazon.