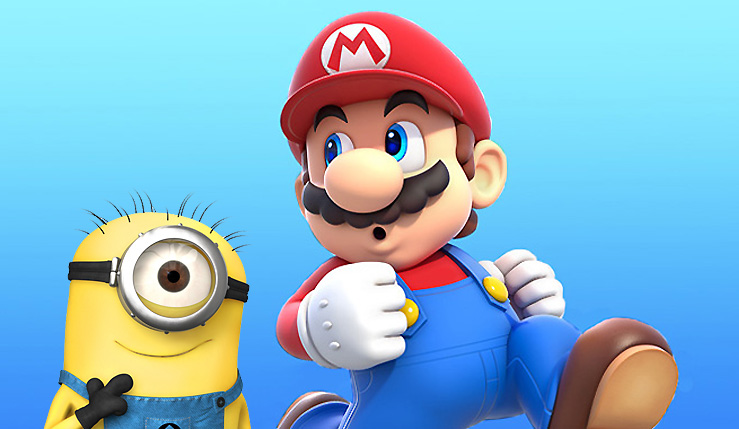 Last year, it was revealed Mario was getting back into the movie business, with a new animated feature from Despicable Me, Minions, and The Secret Life of Pets creators Illumination Entertainment. Since then, we haven’t heard a lot about the project. Mario creator Shigeru Miyamoto has said the movie will be canned if an interesting story can’t be decided on, so is the project still going ahead?

It definitely is, according to Illumination founder Chris Meledandri. In fact, the movie is said to be in “priority development,” and will likely arrive sometime in 2022. Meledandri discussed some of the challenges facing the Mario movie…

“It’s an ambitious task. The challenge is taking things that are so thin in their original form and finding depth that doesn’t compromise what generations of fans love about Mario, but also feels organic to the iconography and can support a three-act structure.”

“We are keeping [Miyamoto] front and center in the creation of this film. I’ve rarely seen that happen with any adaptation where the original creative voice is being embraced like we’re embracing Miyamoto. There’s a history in Hollywood of people believing that they know better than the people responsible for a property. I’ve made that mistake before.”

It will certainly be interesting to see how the new Super Mario Bros. movie turns out. If Illumination was handling the movie on it’s own, I’m sure it would be your fairly typical GGI feature – lots of sassy jokes from Mario and pals, a basic three-act structure, and some tacked on message about believing in yourself or whatever. Badda-bing, badda-boom. But with Miyamoto calling the shots? Who the heck knows! Nintendo and Miyamoto have very rigid ideas about what Mario can and can’t be, and I’m not sure how you turn that into a movie. I have a feeling the new Mario movie will either be a) very boring, or b) very weird with lots random, wacky new Mario lore dreamed up by Miyamoto. We shall see.

What do you think? Excited for the Super Mario Bros. movie? Do you think it will turn out well, or are we in for another disaster?