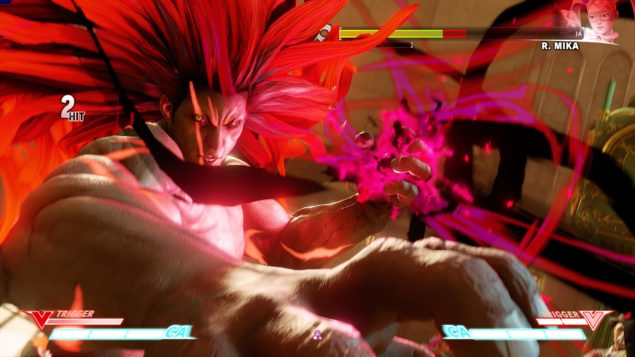 PC Master Race Latino America has posted the first PC video's for the upcoming Street Fighter V, including 4K and 1080p footage. Also included are some 4k image galleries and some of the Beta's setting screens.

The video's below are property of PC Master Race, all credit goes to them. Check out how good Street Fighter V actually looks in 1080P with max settings.

Another video shows 4K gameplay of the beta

4K image galleries have also been uploaded, and are viewable below in 4 different character galleries (Ken, R. Mika, Necali and Vega).

Street Fighter V was announced last December for the PC and PS4. Until now, most visuals and footage released, were taken from the PS4 version. Following the announcement by Capcom last year, Capcom’s Associate Director of Brand Marketing and eSports  Matt Dahlren stated:

“Throughout all of our discussions with Sony Computer Entertainment, it is clear that we share a mutual belief that the fighting genre has a huge opportunity for growth."

“The announcement today is just the first step, of many, in creating the next generation Street Fighter experience our fans have been asking for", Dahlren added.

Street Fighter V is scheduled for a release early 2016.