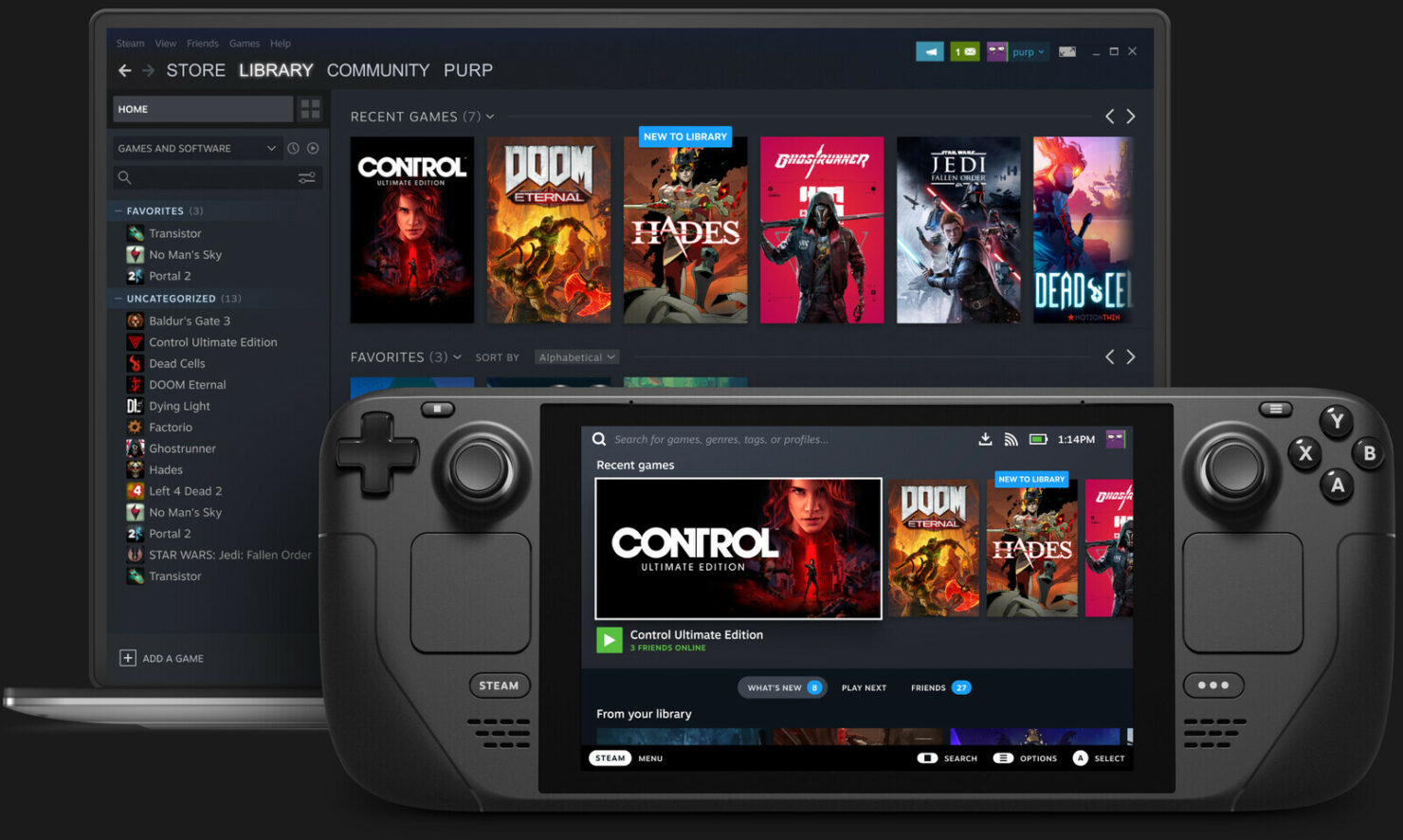 Valve’s new Steam Deck is a nifty little piece of gear, but for most people, it’s not going to be their only option for PC gaming. Many will likely use their Deck to play on the go, but also have a main gaming PC for when they want all the bells and whistles. Well, thankfully, Valve has introduced an easy way to move seamlessly from Steam Deck to PC. Dynamic Cloud Sync will automatically send your progress to the cloud when you enter sleep mode on your Steam Deck, allowing you to pick up where you left off on a regular PC…

We anticipate that users will frequently suspend their Steam Deck without exiting the game, as is common with other hand-held gaming devices. With Dynamic Cloud Sync, if they then choose to play on another device (whether a PC or another Deck), their progress will be there waiting for them.

With Dynamic Cloud Sync, Steam will automatically upload all modified save game data to the cloud prior to the device entering sleep mode. Users can then resume their game on any PC, laptop or other device. Steam will also automatically download any save game changes when users return to their Steam Deck and wake up the device.

Taking advantage of this feature isn’t a requirement for players to enjoy your game on Steam Deck, but we recommend you use it to give players the best experience possible. Without Dynamic Cloud Sync enabled, Steam will still track when save game data is changed on the Steam Deck. However, any user who suspends their Deck while your game is running and then tries to resume that game on a different device, will be prompted to first return to their Deck to close the running process or continue without their most recent save game progress.

Dynamic Cloud Sync should be available when the first Steam Deck units begin to ship, which Valve expects to happen on time in late February.