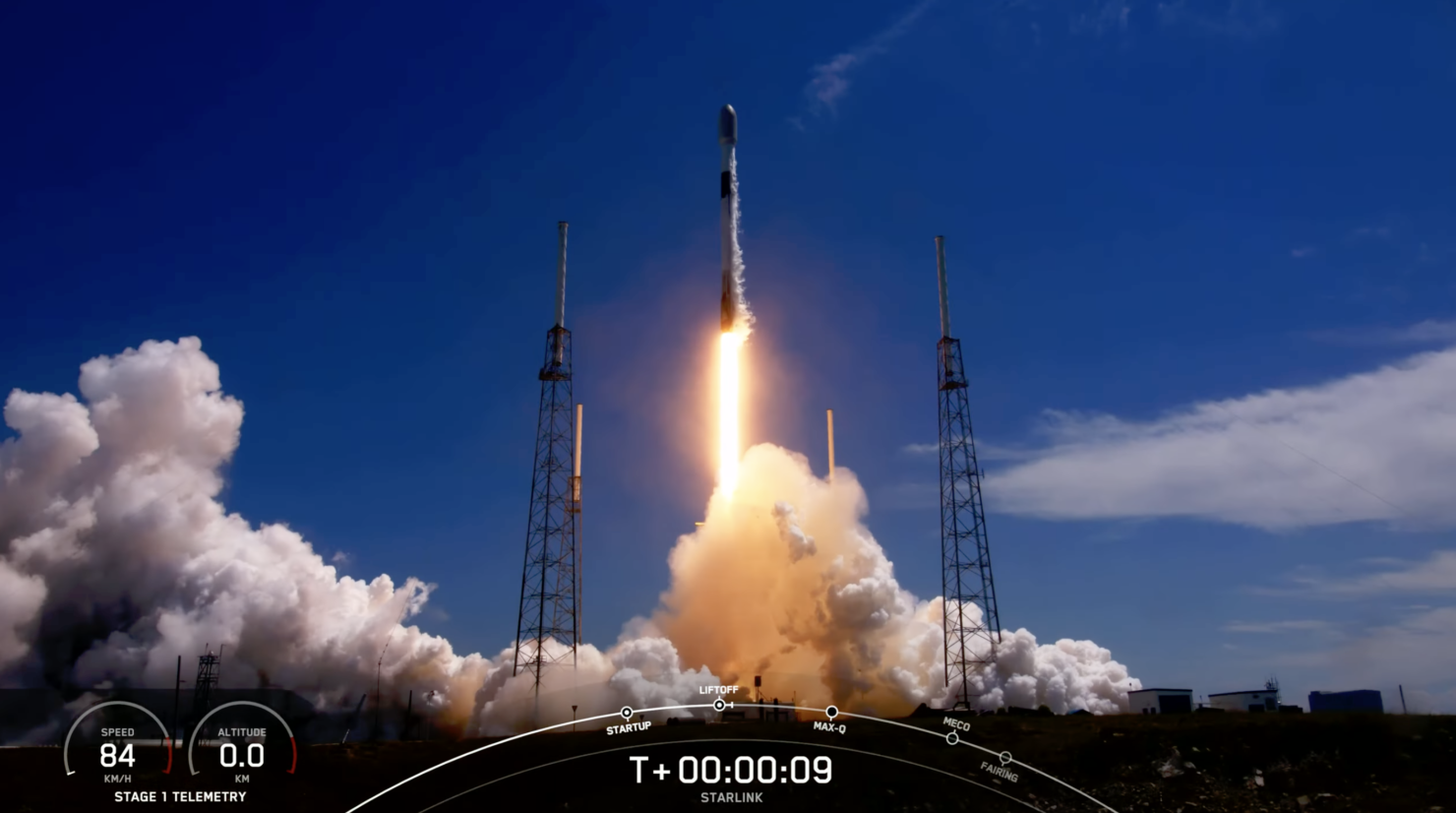 A Space Starlink launch from May 2021. Image: SpaceX

Space Exploration Technologies Corporation's (SpaceX) Starlink satellite internet service has achieved yet another explosive download test results in the United States. Starlink is a low Earth orbit small satellite internet constellation that aims to provide global internet coverage. Its several speed test result compilations have confirmed that globally, Starlink has surpassed broadband download speeds in most of the countries that it operates in. Today's results show the service achieving 301 Mbps in download, making it one of the fastest that we've come across. However, the latency continues to provide more room for improvement, with the upload speed also being far from the strong download test result.

The internet speed test result was shared by a user on the social media platform Reddit. Reddit user DullKn1fe uploaded the scores earlier today and claimed that he had run the test during early morning hours. The end result showed that his Starlink connection had been able to deliver an eye popping download speed of 301 Mbps. Subsequent comments by DullKn1fe revealed that he lives in rural Wisconsin, located in the Northeastern segment of the continental United States.

When compared to other download tests that we've come across, today's results are among some of the fastest. They're also significantly above the average Starlink download speeds in the U.S. as listed down by the popular internet speed testing service Ookla. However, while the download speeds in rural Wisconsin are impressive, the upload speed and the latency, which is the time that it takes for an information packet to travel from and back to a user can be improved.

The test shows that DullKn1fe was able to achieve 20.5 Mbps in upload speed and 78 milliseconds (ms) in latency. 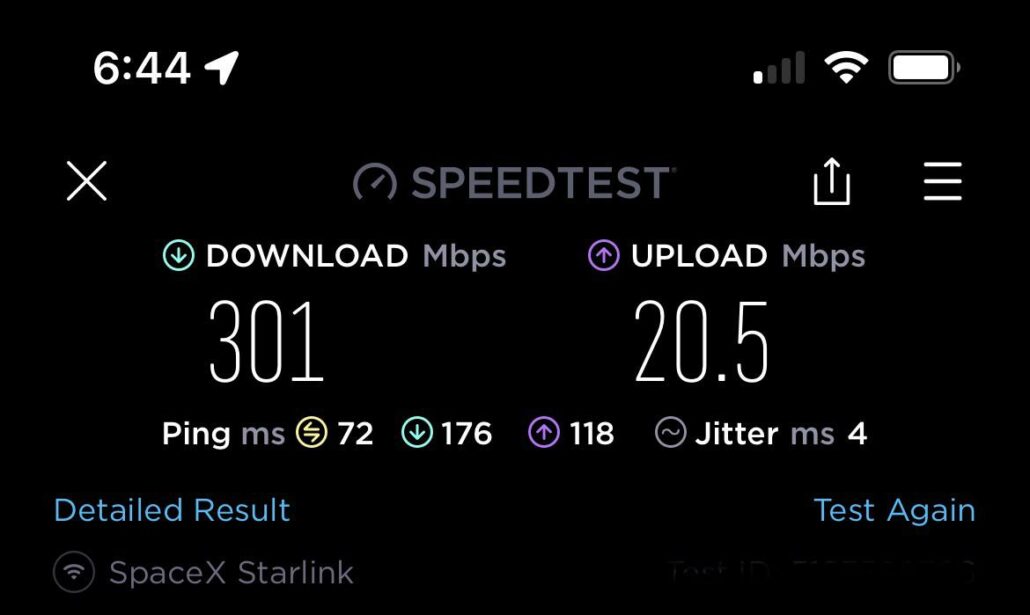 A Starlink download test was conducted in rural Wisconsin in May 2022. Image: DullKn1fe/Reddit

Evaluating the results with previous speed data shows that 301 Mbps sits right at the top of the food chain. A Starlink internet speed analysis from March this year demonstrated wild fluctuations, with the highest download speed of 299 Mbps belonging to a user in Grass Valley California. However, the same user achieved a low speed of 1.23 Mbps as well, indicating that the high speeds are far from consistent.

A study conducted by Ookla for Starlink speed tests for the fourth quarter of last year was more sobering as it revealed that the median download speeds in the U.S. stood at 105 Mbps. Ookla also outlined that the fastest median download speed achieved by the internet service was in Miami Date County, Flordia, where Starlink delivered a median speed of 191 Mbps. The slowest was in Columbia County, Oregon, where the results stood at 64.95 Mbps. In statistics and data analysis, the median is the middle value, and it removes the effects that extremes have on the data set.

The data also showed that when compared to the previous quarter, in the fourth quarter the range between the highest and lowest download speeds increased by 30 Mbps or 30% over Q3's 100 Mbps. However, Starlink improved its median download speeds by 10% during the same quarter.

Today's fast speeds are not limited to the U.S. it seems. In response to DullKn1fe, a German Starlink user shared that their service had managed to touch 250 Mbps in download speed. This was alongside a better upload speed of 30 Mbps, and the European shared that the test, as opposed to the one run in Wisconsin, was conducted during the middle of the day when speeds are generally slow. However, these appear modest when compared to another German user that had reported a shocking download speed of 560 Mbps in May last year.