Star Wars Battlefront II’s The Last Jedi Free DLC Detailed, Will Force You To Pick A Side 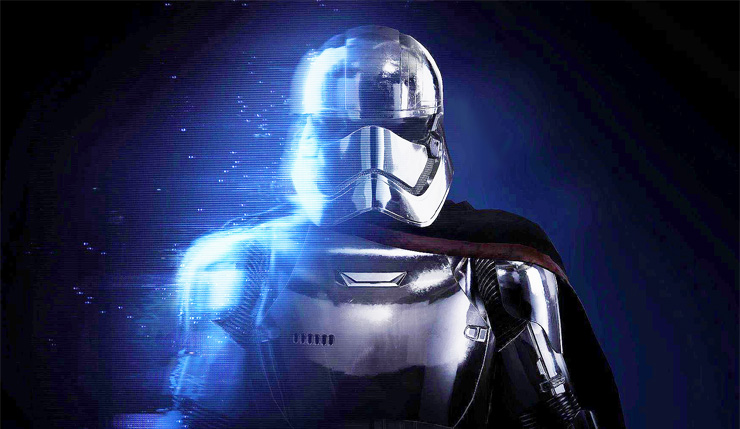 Star Wars Battlefront II isn’t even out yet, but EA and DICE are already spilling details about the game’s first DLC “season”, and it looks fairly substantial. The Last Jedi Season will feature content from the upcoming movie, including two new maps and additional characters, and, interestingly, will force players to choose between the Resistance and the New Order. The side you pick will determine the challenges and rewards you’ll get. Here’s the official rundown:

It all starts with choosing a side. On December 5, you’ll have an opportunity to align with the First Order or choose to fight for the Resistance. Your choice is important, as it will allow you to take part in special challenges that will grant your faction specific rewards.

Things kick into high gear on December 13. Your favorite stormtrooper-turned-hero Finn joins the fight for the Resistance and Captain Phasma steps on to the Battlefront for the First Order. Whichever faction is victorious in completing the most challenges that week will net a reward as well: a special Crate of high-power upgrades for Finn or Captain Phasma.

The Last Jedi Season will also include a new single-player chapter to play through:

Unlike its predecessor, all Star Wars Battlefront II expansions will be free. You can check out a full roadmap of all the new Battlefront II content coming in December, below. 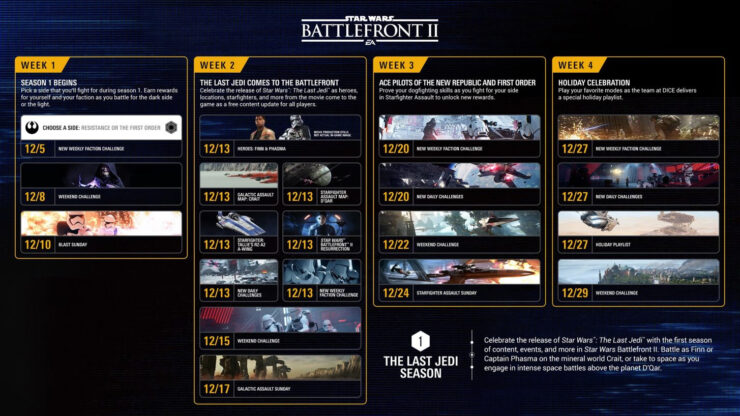 Eager to get your hands on Star Wars Battlefront II? The game doesn’t arrive for over a week, but EA Origin/Access subscribers can try out the game starting today – the 10-hour trial includes unlimited access to multiplayer, and a select number of single-player story missions.