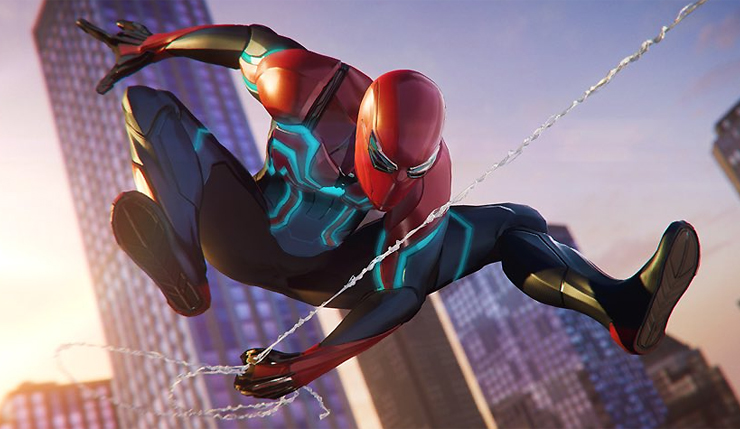 As you would expect, Sony’s upcoming Spider-Man game was a fairly major presence at this past weekend’s San Diego Comic-Con, with multiple panels being devoted to the game. The most interesting of those panels featured Insomniac Games creative director Bryan Intihar, art director Jacinda Chew, game director Ryan Smith, and Marvel Games boss Bill Rosemann, who revealed some interesting new info about the game’s villains and Spider suits. You can check out the panel for yourself, below (jump to around the 9-minute mark).

According to Intihar, there are still more Spidey villains to be revealed (so far, we’ve seen Mister Negative, Kingpin, Electro, Shocker, Scorpion, Rhino, and Vulture) and one of these mystery villains is his favorite in the game. There’s been a lot of speculation that the game may include the full Sinister Six, which, if they’re going for the original lineup, means Doctor Octopus, Sandman, Mysterio, and Kraven the Hunter could all be on the table. We shall see.

On the subject of villains, Jacinda Chew detailed how Insomniac is going about updating Spider-Man's classic rogues gallery.

"One of the first things we do when we design a villain is look at the history, of what's already been done before. So, Electro is a really great example -- with Electro, he's green and he's yellow, but he's also got this giant star head. It's one of those things that's really iconic about Electro, but we needed to modernize it. […] So, if you look at Electro, you see we kept that star mask, but now it's a scar on his face. We also kept the green and yellow, and modernized him by giving his powers a reason for being. That's how we go about designing all the villains."

Villains aren’t the only thing you can look forward to seeing more of. Per Intihar, there are still “a lot” of Spider suits left to reveal. Insomniac started by considering more around 60 possibilities, and have ended up including more suits than they expected/budgeted for…

“At one point [...] we printed out 60 different pictures of suits and we just spread them across a table, and we started doing 'yes, yes, no, no, maybe, ect.' We tried to find a good mix between the favorites and maybe some more surprise ones."