Microsoft’s Phil Spencer has stated that for new IPs, 2016 will be “a fun year” for the Xbox team. Apart from the already announced new IPs, Spencer confirms that there are more, yet unannounced titles coming to Xbox One in 2016. 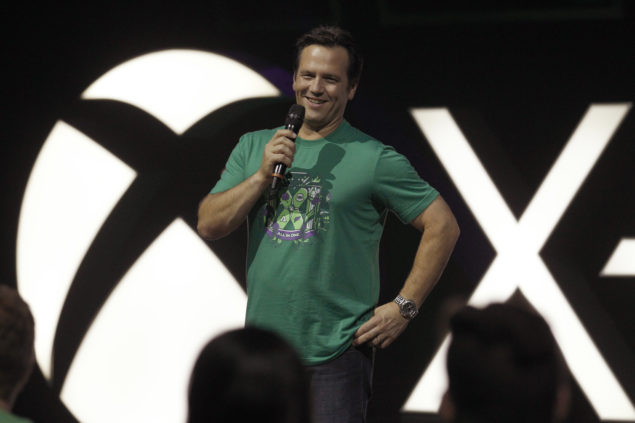 Microsoft’s head of the Xbox gaming division, Phil Spencer, took to Twitter to answer some burning questions from the community.

2016 will be a great year for gamers in general, and this also applies to Xbox One owners. Xbox One games that are scheduled for a release in 2016 include ReCore, Quantum Break, Scalebound, Gears 4, and Crackdown 3. The first three titles are new IP’s for Microsoft, and early footage from these titles has been promising. Apart from the already announced games up, 2016 will give rise to even more Xbox titles that have yet to be announced. The Xbox head confirmed this, when asked whether new titles will be announced in 2016, which the community doesn’t know about yet.

According to Spencer, there are a lot of marketing lines for different years, but 2016 in particular, is “going to be a fun year” for new Xbox IP.

One of the first new Xbox IP’s that gamers will be able to enjoy in 2016, is Remedy’s Quantum Break, which is scheduled for a release on April 5, 2016.

This time-bending action-title tells the story of Jack Joyce, who gains time-manipulation powers after a time-travel experiment goes horribly wrong.

From the legendary creator Keiji Inafune and the makers of “Metroid Prime” comes “ReCore”, an action-adventure masterfully crafted for a new generation.

As one of the last remaining humans on a planet controlled by robotic foes bent on your destruction, you must forge friendships with a courageous group of robot companions, each with unique abilities and powers. Lead this band of unlikely heroes on an epic adventure through a mysterious, dynamic world.

ReCore’s actual release date hasn’t been set yet, but for now the game is slated for a release in the Spring of 2016.