In the current generation, majority of the products being launched in the market are linked to touch in one way or another. And now, SPEEDLINK has announced after acclaiming much success with their revolutionary CUE Multitouch Mouse, the Multitouch Trackpad. Much like the ones found in laptops, this most probably touch capacitive trackpad would feature more precise tracking than a normal laptop touch pad. This would be released in two variations; a USB wired and a wireless one. 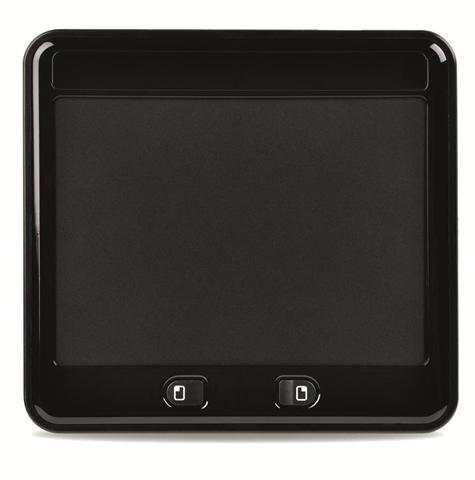 Weertzen, 29 June 2011 – Multitouch technology is changing the way we control our computers, scroll through documents and navigate the Web. After the success of the revolutionary CUE Multitouch Mouse, SPEEDLINK is once again driving forward this development with a highly innovative input device: the Multitouch Trackpad. It offers convenient control of the PC using intuitive finger gestures, plus even more complex commands are possible thanks to multitouch support – allowing you not only to control the mouse pointer with maximum precision, but also to scroll through your photo collection with the tip of your finger and rotate images by making a simple circular motion. This makes the trackpad far more powerful than a conventional mouse and many times more practical than a standard notebook touchpad thanks to its extra-large touch area. Besides the USB trackpad, SPEEDLINK will also be releasing an ultra-convenient wireless version – perfect for controlling a Media Center PC in the lounge, plus it makes giving presentations easier and serves as an excellent mouse replacement while out and about. With its two Multitouch Trackpads set to be released this autumn, SPEEDLINK is once again underscoring its claim to being an innovator in the fast-paced area of PC accessories.