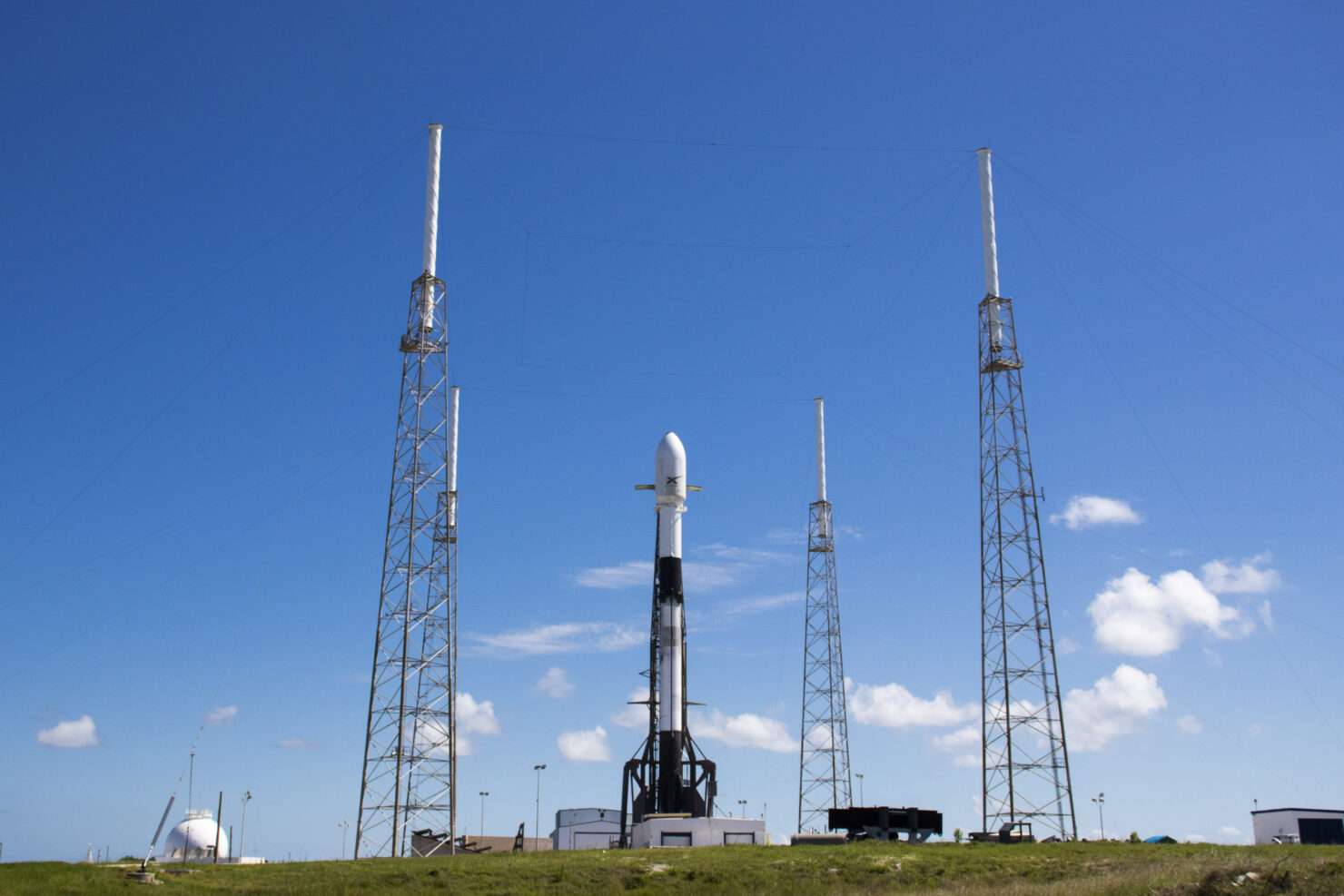 The Falcon 9 booster vertical on the launchpad prior to SpaceX's Starlink launch on June 13 this year. This booster has previously launched the Dragon spacecraft to the International Space Station. (Image Credit: SpaceX)

Early in the morning in Eastern Daylight Time, astronautic launch services provider Space Exploration Technologies Corp (SpaceX) launched the night batch of its Starlink internet satellites from the Cape Canaveral Air Force Station in Florida. The launch marks an important point for SpaceX as it edges the company forward in setting a new record of having launched four missions within the course of the month.

The importance of Starlink in SpaceX's long-term business operations is two-fold. Not only will the internet satellite constellation provide the company with a second revenue stream once it is fully deployed, but the launches that SpaceX self-funds to deploy these satellites also ensure that the orbital launch market is capable of sustaining multiple launch service providers.

As this fact in itself merits a separate discussion, today's focus is the Starlink Mission v1.0 L8, which in itself marks the first time a dedicated rideshare mission is piggybacking on a Starlink launch.

Today's launch came after SpaceX updated its dedicated website for Starlink to allow users to check the service's availability status according to zip code. Despite launching Starlink payloads as often as it potentially can, SpaceX's network still has not been deployed commercially; a fact that has put the company on the back-foot when negotiating with the FCC for funding to provide broadband support to rural Americans.

The launch payload consists of 58 Starlink satellites and three of PlanetLab's SkySat satellites. Once the Falcon 9 rocket propelling the payload separates from the payload fairing that is designed to protect the satellites from touch launch conditions, the SkySat satellites will be the first to deploy. SpaceX correctly anticipated that the fist SkySat will separate at 12 minutes and thirty-four seconds after liftoff and the other two will separate at intervals of thirty seconds of each other and the first satellite.

Once the SkySat satellites have successfully deployed, the 58 Starlink satellites will then proceed to deploy roughly thirteen minutes afterward, or 26 minutes after liftoff. At this point, the Falcon 9 stage one booster will have returned to Earth and will have landed on SpaceX's Of Course I Still Love You vessel.

As it launches more satellites under the Starlink constellation, SpaceX has its hands full with NASA and USAF contracts and plans for the Starship launch and landing vehicle platform. The Hawthorne, California-based intends to ferry astronauts to the International Space Station atop the Dragon 2 spacecraft, deliver payloads beyond Low Earth Orbit, build a vehicle to land astronauts on the lunar surface and ensure that the Starship is capable of transporting cargo and then humans to the Martian surface.