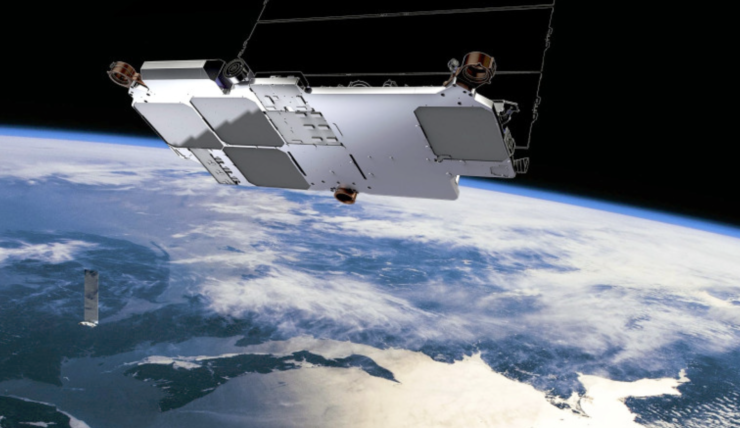 Aerospace launch service provider and equipment manufacturer Space Exploration Technologies Corp. (SpaceX) has been regularly launching its in-house telecommunications satellites dubbed 'Starlink' for quite some time. Via Starlink, SpaceX intends to not only provide internet coverage to users in remote and other corners of the world via satellites, but the company also intends to use the profits generated to potentially fund its Starship launch vehicle system, intended to place humans on the Martian surface.

To that end, SpaceX is busy filing requests with the Federal Communications Commission (FCC) for letting it establish earth ground stations for communicating with the Starlink constellation. The company's latest filing, made on Thursday, requests the Commission to grant it the right for operating earth stations in Prosser, Washington and Roll, Arizona, and it adds to the ones that the company has already filed over the course of this year and the last.

The application is a part of SpaceX's planned earth stations for Starlink which will work in tandem with the company's satellite constellation. These stations will play the role of conduits between the user and the datacenters where websites or other internet-based companies host their products.

Reviewing the filings made by SpaceX so far, it's clear that the company has a long way to go before its earth stations in the U.S. become fully operations. Out of all of the company's filings with the FCC, applications for ground stations in only five cities have been accepted so far. Additionally, while the applications for earth stations in McGregor and BocaChica Texas have not been publicly approved by the FCC, SpaceX has nevertheless been able to obtain a Special Temporary Authority (STA) that expired last month to for evaluating the Starlink network's performance and operational status.

SpaceX as an entity does not file the applications with the FCC; instead, its the company's sister company titled SpaceX Services, Inc. that deals with the Commission for Starlink ground stations. Taking a brief look at SpaceX's filing history, it's clear that the only applications for ground stations that have been publicly listed for approval by the FCC are the ones that were filed last year.