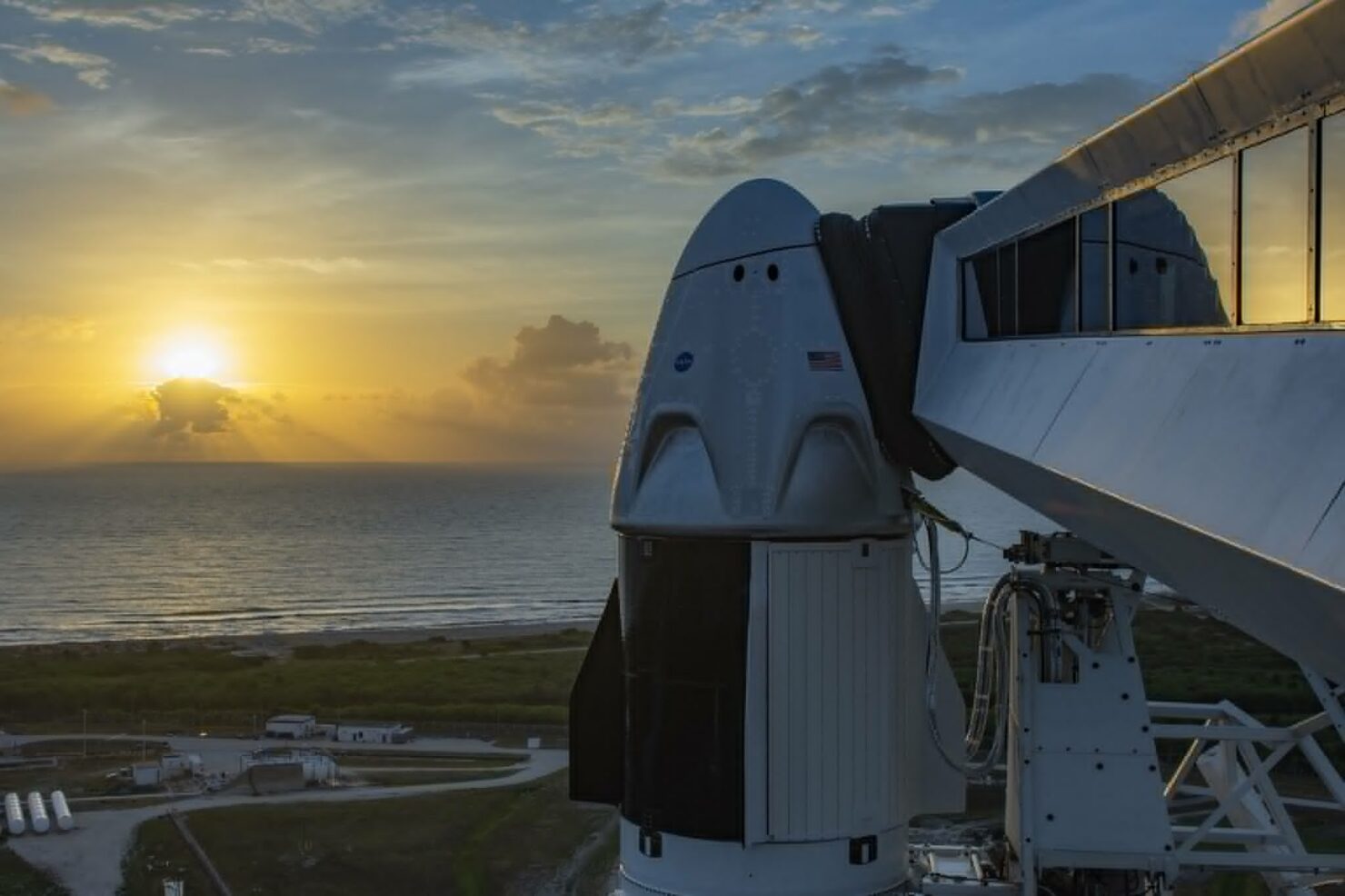 SpaceX Dragon 2 crew vehicle atop a Falcon 9 Block 5 booster at launch pad 39A in Florida during pre-flight checkouts on May 26, 2020 a day before the Demo-2 mission's first launch attempt. SpaceX and NASA chose to forfeit this launch window due to weather constraints and the Dragon launched astronauts Robert Behnken and Douglas Hurley to the ISS on May 30, 2020. (SpaceX/Twitter)

Officials of the National Aeronautics and Space Administration (NASA) conducted a press briefing today in which agency officials provided members of the press with updates about its progress on the Artemis program. NASA's Artemis missions aim to solidify American leadership in deep space exploration by providing the country with a solid foundation to conduct experiments on the lunar South Pole. The briefing was conducted by NASA Administrator Mr. Jim Bridenstine who braces himself to secure much-needed funds for the Artemis program from the U.S. Congress.

At the event, Administrator Bridenstine shared how cooperation wtih the commercial sector for space exploration helped his agency devise creative technologies and stated in particular that Space Exploration Technologies Corp. (SpaceX) generated solutions that his agency might not have been able to come up on its own.

The NASA official's comments surrounded several key areas of design for SpaceX's Falcon 9 launch vehicle and its Crew Dragon spacecraft. Crew Dragon became the first spacecraft to take astronauts to the International Space Station (ISS) earlier this year under NASA's Commercial Crew Program that intends to broaden the involvement of the commercial sector in the agency's missions. The CCP program solicits design proposals from corporations that fulfill NASA requirements and it vastly differs from the agency's earlier approach that involved it finalizing design before involving the private sector.

Mr. Bridenstine highlighted these facts in a response to a question from Keith Cowing of NASA Watch asking about his definition of sustainability and NASA's timeframe for the Lunar Gateway, which is the agency's planned lunar space station. In response the Administrator stated:

"Yeah so again you know this is an important distinction between how we're doing this now and how we've done them in the past. In the past, NASA basically wrote the requirements and desgined the capabilities and then we turned to contractors to  build what we had basically designed with the requirements. So what we're doing now is we're turning to industry and we're allowing them to very innovatively come up with creative solutions that are unique, and because we've done that we have now right under contract three very distinct  lunar landing systems that are widely different in their approach [laughs] and some of them will consider using gateway and others maybe not so much.

The composite overwrapped pressure vessels (COPVs) mentioned by Mr. Bridenstine are a key feature of SpaceX's Falcon 9 rockets. They work in tandem with the company's design choice to use super-chilled liquid Oxygen for its rockets allowing them to increase their range and be reusable through letting the first stage's tanks store more fuel.

These vessels have also created headaches for SpaceX in the past when a Falcon 9 experienced a malfunction during propellant loading and exploded in 2016. Four months after the investigation, SpaceX confirmed that the gaps between the COPVs' composite wrap and aluminum liner resulted in Liquid Oxygen flowing inside them where it came dangerously close to the Helium inside them. The result was a devastating fireball which took months to investigate and destroyed cargo sitting on the launch vehicle.

The Crew Dragon's launch abort system is designed to ensure that astronauts can safely distance themselves while inside the spacecraft as it sits on top of a Falcon 9 launch vehicle during pre-launch tests and preparation. This system uses the same propellant that the Dragon's Super Draco thrusters use for orbital maneuvering and produces roughly 16,000 lbf of thrust for this purpose.