Finally there is some great news for Sony Xperia (select models) Android phones! Sony has finally revealed the time frame for upgrading the Xperia phones to Android 4.1 Jellybean. Xperia users have been waiting for their upgrade for quite sometime now. There were even rumors that Sony might not push out the builds at all! However, rumors stayed as they were and Sony is out with a roll-out plan amid February and March. 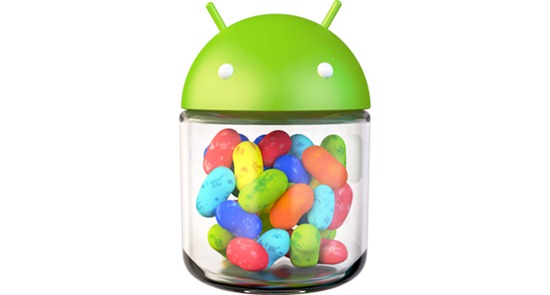 According to the Sony Mobile official blog, the Android 4.1 Jellybean upgrade for the Xperia line of Android phones will kick off in February with Xperia T, Xperia TC and Xperia V being the first phones receiving the update. The process to update these phones will end somewhere March. Once these phones are upgraded to the latest Android Jellybean, the rollout will begin for the Sony Xperia P, J and Xperia Go at the end of March. After this, the last ones to receive the Jellybean update will be Xperia S, Xperia SL, ION and Arco S.

Although it is a news of “jellybean” relief for owners of Xperia phones mentioned above; For some its not that good! According to Sony, they have decided not to take Xperia U, Xperia Miro, Tipo and Sola beyond Android 4.0 Ice Cream Sandwich. We aren’t really sure why Jellybean plans have been scrapped for these phones, but we are sure that Android development, modding, hacking and tweaking community will try to port Jellybean on most of these non-jellybean qualifying devices.

As expected, the device owners who aren't going to receive JellyBean have already took up the issue with Sony. According to Anthony ( It seems he is officially representing Sony on their blog), the decision to scrap jellybean update for Xperia Tipo, Miro, U and Sola is largely a hardware non-compatibility issue.

The quality of Xperia’s software experience is dependent on a number of factors including: screen resolution, hardware platform and RAM. In the case of Xperia go, this combination came together in a way that meant the user experience running JB was not adversely affected.

Unfortunately, in the case of Xperia tipo, Xperia miro , Xperia U and Xperia sola this wasn’t the case – so we made the decision to keep them on Ice Cream Sandwich.

I hope that makes sense?

Until now, there is no word from Sony if they will be adding any OEM / Manufacturer-build features to their Android 4.1 Jellybean release. However, it is clear that something is cooking in the background. Since Sony’s blog post promises new announcements and features later, so we can keep our fingers crossed and see what’s next in store for us.

For more information on the upgrade timeline and to protest if you aren’t receiving the Jellybean upgrade, please head to the official Sony mobile blog post that says it all. Also, you can bookmark the blog post link to frequently check on future announcements etc. You never know when they change their minds, like they did in their bootloader unlock standoff!