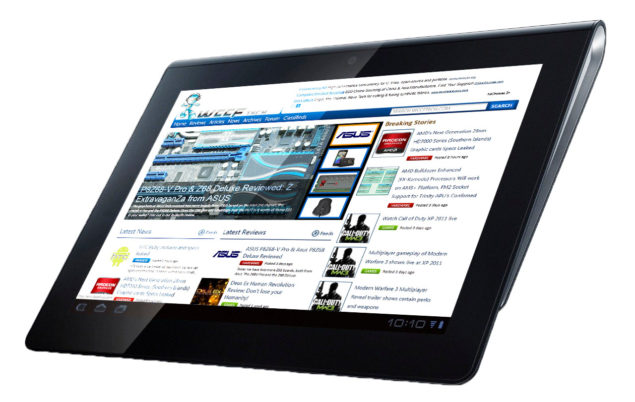 Sony is currently taking pre-orders for it's upcoming Android Honeycomb tablet known as the Sony Tablet S1 with the shipping dates stated to be as early as 16th of September.

This is indeed Sony's first tablet that too runs on one of the world's most favored OS in the tablet market along with Apple's iOS. Android Honeycomb 3.1 to be exact. The Sony Tablet S1 would have a TFT capacitive touch screen running an Nvidia Tegra 2 chip clocked at 1 GHz, a 5 megapixel rear cam and a front 0.3 megapixel camera for video calls. The tablet too is indeed PlayStation certified that means you can buy off PlayStation 1 games off the Android Market and play them on the tablet! The S1 is available in both 16GB and 32GB variants priced $499 and $599 respectively.

Besides appearing on Sony's own site for pre-orders, other online retail sites namely Amazon, Best Buy and Future Shop from Canada have also listed themselves up but rather with a later 23rd September availability date for the country.

This sure does look like a something one should buy (especially if you're a Sony fanboy) but at that price point, will it be able compete against the iPad?