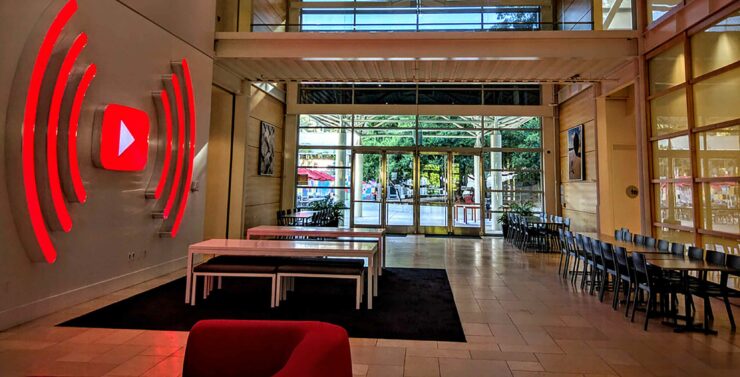 A shooter approached an outdoor dining area at YouTube headquarters near lunchtime earlier today and opened fire. At least four people were shot with one dying at the scene from a self-inflicted gunshot wound.

Reports on Twitter first appeared a little before 1PM with YouTube employees tweeting there was an active shooter inside the YouTube headquarters in San Bruno, California. The San Bruno Police Department urged people to stay away from 901 Cherry Avenue following the first reports. Vadim Lavrusik, a YouTube employee, tweeted about hearing shots and barricading with coworkers in a room inside the HQ.

Active shooter at YouTube HQ. Heard shots and saw people running while at my desk. Now barricaded inside a room with coworkers.

YouTube employees continued to update on Twitter as they tried to barricade inside or flee the scene. "We were sitting in a meeting and then we heard people running because it was rumbling the floor. First thought was earthquake," Todd Sherman tweeted. "I looked down and saw blood drips on the floor and stairs. Peeked around for threats and then we headed downstairs and out the front."

The shocking events took the social media by a storm. As YouTube employees live tweeted their escape from the HQ, there were also eyewitnesses in the area who livestreamed on Snapchat and Instagram showing workers streaming out of the building and police taking over the area.

The shooting suspect was reportedly a woman who injured multiple people around the cafeteria before shooting herself, according to initial reports. The Zuckerberg San Francisco General Hospital spokesperson, Brent Andrew, said that victims include a 36-year-old male in critical condition, a 32-year-old woman in serious condition, and a 27-year-old woman in fair condition. A fourth victim was treated for a twisted ankle at Kaiser Permanente South San Francisco Medical Center.

The Police Department also used Twitter to respond to concerns as SWAT teams were sent to YouTube headquarters just miles away from the main Google campus.

"San Bruno Police arrived on scene at 12:48pm, two minutes after the first call, and immediately began searching for a possible suspect," the San Bruno Police said in a press release. "Arriving officers encountered numerous employees fleeing the building. Officers encountered one victim with an apparent gunshot wound to a lower extremity at the front of the building."

At 12:53 p.m., officers conducting a search located a deceased female inside with a possible self-inflicted gunshot wound. Two additional victims were located after fleeing to a next door business. A total of four people were transported to local hospitals, three of which had gunshot wounds. The extent of the victims’ injuries are unknown at this time.

The shooter has been described by some publications as a 30-year-old white woman, however, the police hasn't clarified in the press release if the deceased woman was the shooter, adding that it is an active investigation and no further comment can be provided at the moment.

Citing senior law enforcement officials, NBC reported that the YouTube shooting "appeared to have stemmed from a domestic dispute and wasn't related to terrorism." President Donald Trump was also briefed on the incident.

Was just briefed on the shooting at YouTube’s HQ in San Bruno, California. Our thoughts and prayers are with everybody involved. Thank you to our phenomenal Law Enforcement Officers and First Responders that are currently on the scene.

"It’s with great sadness that I tell you - based on the latest information - four people were injured in this horrific act of violence," Google CEO Sundar Pichai said in a note to employees. "We’re doing everything we can to support them and their families at this time."

"There are no words to describe the tragedy that occurred today," Sundar Pichai added in a tweet. "@SusanWojcicki & I are focused on supporting our employees & the @YouTube community through this difficult time together. Thank you to the police & first responders for their efforts, and to all for msgs of support."

How to Watch Apple’s ‘Hi, Speed’ iPhone 12 Launch Event Live on Any Device