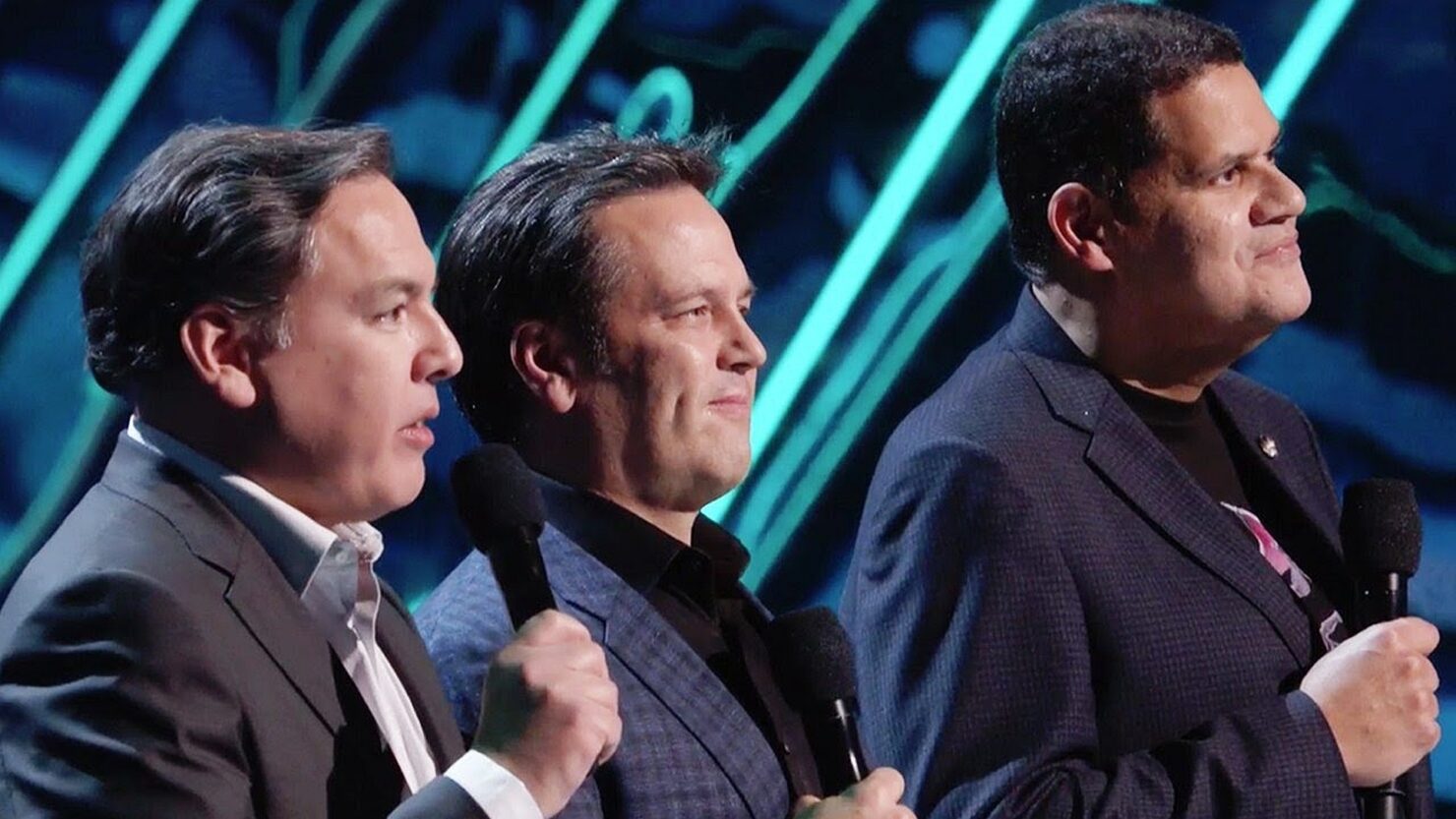 When Shawn Layden, Phil Spencer and Reggie Fils-Aimé appeared together on the stage of Geoff Keighley's The Game Awards in December, gamers freaked out a bit, albeit in a good way. Perhaps it's because they're not used to seeing the executives of Sony, Microsoft and Nintendo standing next to each other in a friendly mood.

In a recent interview with the Business Insider, Sony's Shawn Layden (Chairman of SIE Worldwide Studios) harkened back to that moment while praising some of Microsoft and Nintendo's recent achievements. He also said he hopes to shift the conversation away from that of competing platforms.

Reggie and Phil and I, we all have a lot of time for those outreach activities. And we work pretty well together. So, you know, I'm hoping that we've changed the conversation from "competing platforms" or, you know, which console won the holiday, or which platform won E3 and just look at what we're all bringing to the video game industry from our different perspectives.

I think Nintendo's doing wonderful things with Switch, and the platform. And it's sort of blurring the lines between what's at home gaming, what's on-the-go gaming.

But also I think Xbox has really raced with us on how we're pushing the bar out on technology and quality. And what they've done recently with their introduction of an adaptive controller, to increase accessibility in gaming, is a wonderful innovation. I hope to see more across the industry in support of that. We've been working with accessibility issues quite heavily for quite some time, particularly with Naughty Dog Studios and what they've done with giving gamers a variety of settings changes you can put into their games, depending on what your particular abilities are.

So I think as an industry, we all move forward. And, I for one, am gonna stop talking about using phrases like competitive platform, because I think we're all supporting and leading an entertainment revolution of gaming. You know, all hands to the till. We're all in this together.

Do you think the gaming community will be able to leave behind the 'console war' environment any time soon? Voice your opinion in the comments.