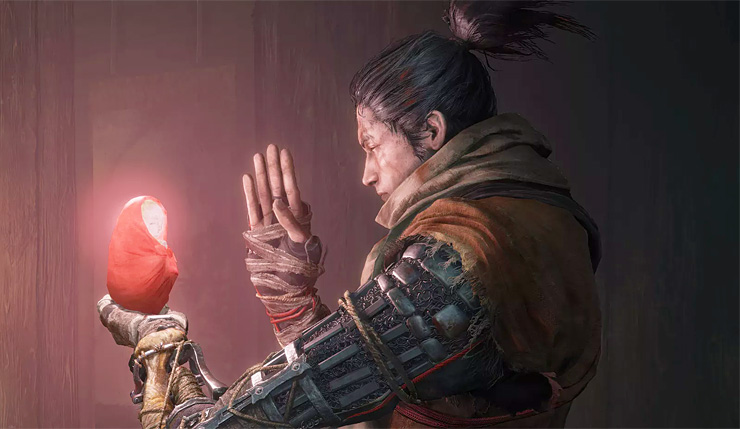 Steel yourself, because Sekiro: Shadows Die Twice, the latest hard-as-nails adventure from the Dark Souls masters at From Software, is only a couple weeks away! The hype machine is definitely ramping up, as a number of new previews and some fresh footage has popped up online. First up, here’s a look at a new area, Senpou Temple, courtesy of the folks at GameSpot. Said temple is located in a dense, forested area that looks a lot more green and lively than most From Software stuff – we see some gory combat against a series of agile monks, a bit of stealth, and showdowns with a couple minibosses. Check it out, below.

Meanwhile, From Software also shared a glimpse at one of the game’s bosses – a giant grotesque-looking white serpent. Not looking forward to tangling with this guy!

Haven’t been keeping up with Sekiro: Shadows Die Twice? Here’s a quick rundown of its backstory:

Sekiro: Shadows Die Twice leaps onto PC, Xbox One, and PS4 on March 22. Are you sharpening your blade in anticipation?