According to a research in psychology the most important time of the day when things go in the most productive way is within the first two hours after you wake up. On the other hand, the least useful time of the day is the mid afternoon time i.e around 3 pm or so. That's primarily because you wake up fresh and by 3 pm your brain gets tired just as your body does. This phenomenon is commonly known as decision fatigue.

“Making decisions uses the very same willpower that you use to say no to doughnuts, drugs, or illicit sex,” says Roy F. Baumeister, a psychologist who studies decision fatigue.

Whats this fatigue all about. This is when you make a decision in a day, you end up using your mental energy supply you have for the whole day, this can be explained in a better way by saying that when you life weight you can only lift so much until your muscles feel fatigued and give up on you, the same applies to your brain.

“It’s the same willpower that you use to be polite or to wait your turn or to drag yourself out of bed or to hold off going to the bathroom,” Baumeister told the New York Times. “Your ability to make the right investment or hiring decision may be reduced simply because you expended some of your willpower earlier when you held your tongue in response to someone’s offensive remark or when you exerted yourself to get to the meeting on time.” 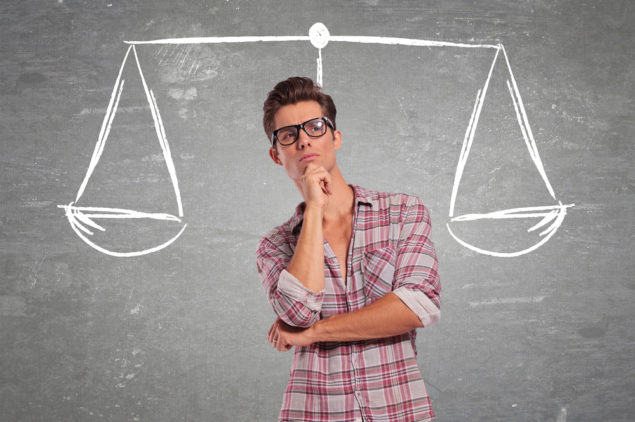 It is about time that people do realize about this decision fatigue phenomenon. People who are more into decision making jobs such as Judges are more affected than others. Researchers in Columbia Business School and Ben Gurion University found out in a study in 2011 by  analysing the rulings made by the judges in Israel's four major prisons over the course of ten months consistently and they got to the conclusion that favorable decisions were usually made when judges last had a food break before announcing the decision.

“We find that the percentage of favorable rulings drops gradually from ≈65 percent to nearly zero within each decision session and returns abruptly to ≈65 percent after a break,” the authors write.

This is basically because judges feel more fresh after having some food, and hence end up giving positive rulings eventually. This explains how your mind's resources are at your disposal at the start then at any other time of the day. Hence in the morning you have the greatest capability of dealing with complex problems and the patience to investigate and establish a difficult scenario in a favorable manner.

But if you look this phenomenon in a different perspective then tired/lazy people tend to have a more creative mind in order to chose the easiest way to perform a particular task at hand (that is obvious by some of their inventions). This has also been researched on and proven that lazy minds are more creative than fresh minds. Concluding the fact that whether you are fresh or tired, you are of great use to the community. Paradox!