Virtual assistants are all the rage in today's day and age. Just about everyone is trying to develop their own, but at the end of the day, most users still prefer the Google Assistant or Alexa. Samsung has been trying to make Bixby a thing ever since its launch a few years ago. Alas, Bixby is still bad, but Samsung didn't receive the memo which is why we got stuck with a dedicated Bixby button in the Samsung Galaxy S8, Galaxy S9 and Galaxy S10. 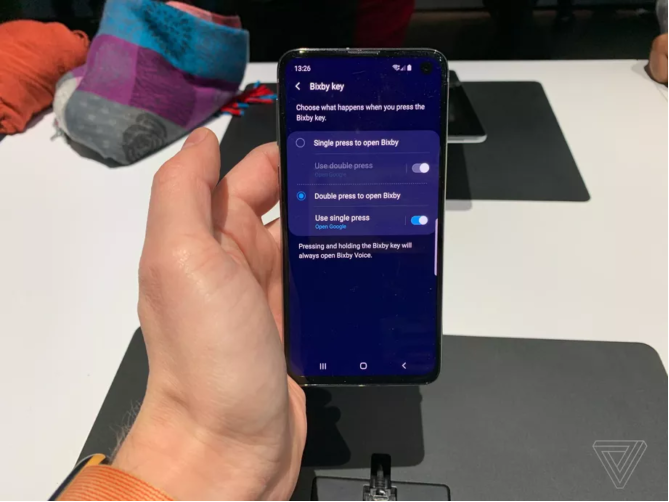 Samsung Galaxy S10 owners to remap the Bixby key to open whatever app they want. Initially discovered by The Verge, Samsung has added settings that allow you to customize the button to open a third-party app with either a single or double press of the button. However, you won't be able to rid yourself of Bixby entirely just yet. One function will still invoke Samsung's virtual assistant. For example, if you choose to open an app with a single press, a double press will trigger Bixby and vice versa. Holding down the button still opens Bixby voice no matter what.

It is impossible to remap the Bixby button on the Samsung Galaxy S9 and Galaxy S8 without rooting/installing third-party apps. At best, you can disable the button, but that leaves you with a button on your phone that does nothing. It is also good news for hardcore Google Assistant/Alexa enthusiasts as they can now get direct access to their favourite virtual assistant at the press of a button. It is unclear if the feature will make its way to older Samsung devices with a dedicated Bixby button. As a Galaxy S9+ owner, I'd welcome it with open arms. I can think of a lot of uses for the button, none of which involve using Bixby.