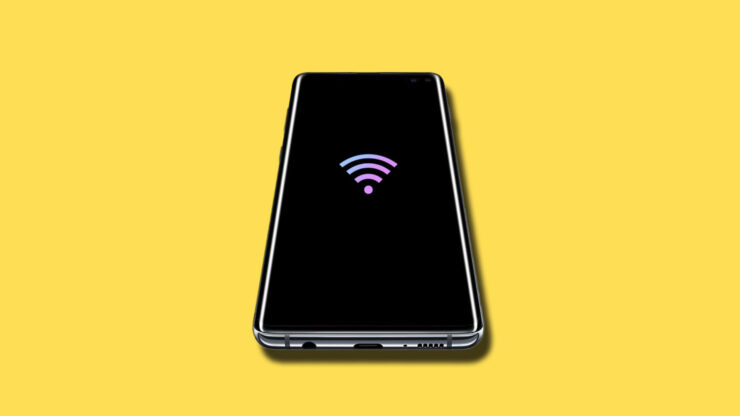 Mobile analytics company OpenSignal recently tested a staggering 23,352,908 devices in around 40 countries to determine which smartphone models offer the best wireless download speeds on a 4G LTE connection. It turns out that Samsung, which is also the number one smartphone maker in the world, offers the highest download speeds in many regions of the world, leaving behind its rivals Huawei and Apple.

In the U.S. Alone, Samsung Devices Achieved Download Speeds That Were 8.2Mbps Higher Than What the Competition Obtained

Samsung smartphone users enjoy fastest download speeds in 35 percent of the countries, while Apple handsets offer the highest speeds in 17.5 percent of the tested countries. In the U.S., Samsung phones were able to achieve wireless download speeds that were 8.2Mbps higher than what iPhones offered on average and in Norway, the South Korean giant’s handsets touched speeds that were 12Mbps and 14Mbps faster than what was offered by Huawei’s cellphones and iPhones, respectively. 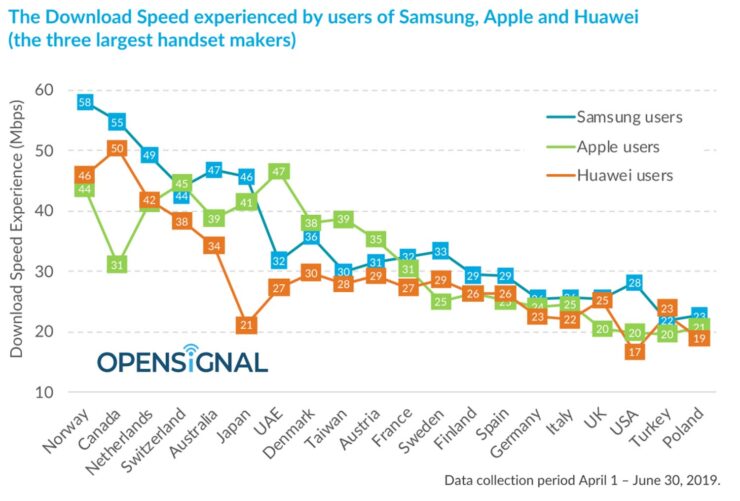 In the UAE and Taiwan, iPhones edged out Samsung phones by nearly 14.7Mbps. Samsung smartphones were found to be the fastest in the highest-end category, while Apple offered the highest speed in the mid-tier category and Huawei phones did well in the low-end segment. Overall, premium smartphones were able to retain faster connections because of the use of better networking technology. 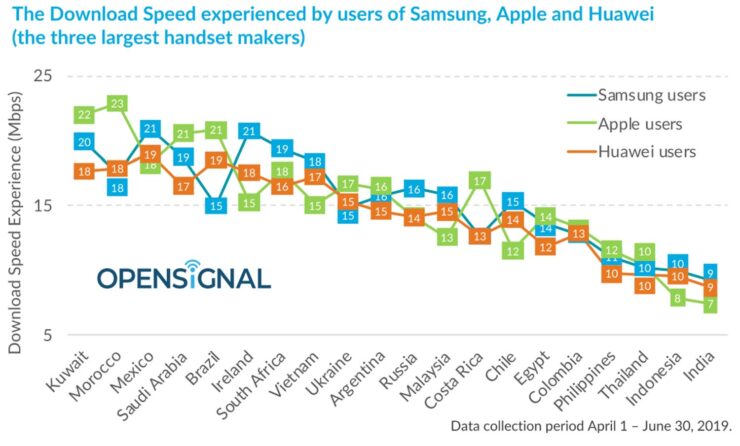 Other than the carrier, which can obviously affect the user experience, other things also matter, such as the technology that underpins a phone including carrier aggregation abilities, the number of frequency bands it can connect to, the presence of multiple simultaneous antennas, and the modem. 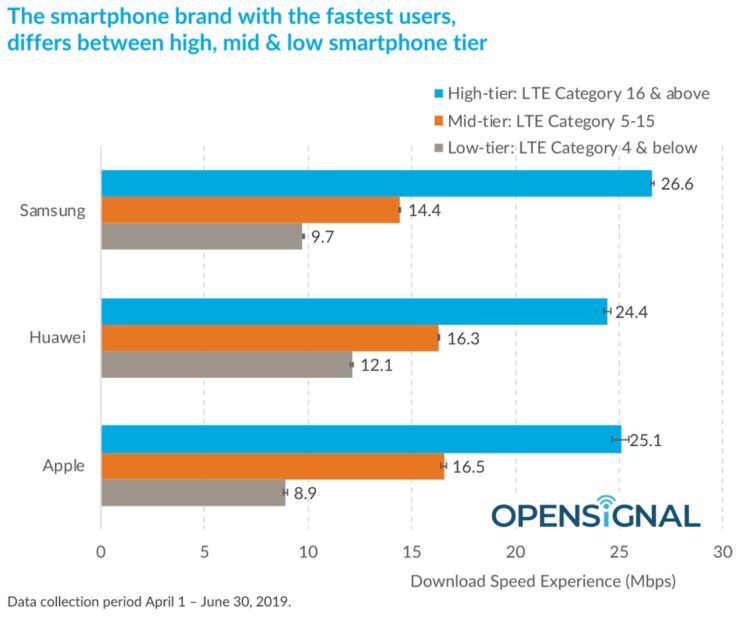 OpenSignal also discovered that higher-end smartphones offer 14 percent faster latency than mid-range phones and 18 percent better latency than entry-level handsets. Overall, it’s not all that surprising to see that high-end devices offering better speeds. As for Samsung beating Apple and Huawei in a handful of countries, we can tie it down to the use of Qualcomm modems, as the Cupertino giant employs the use of both Intel’s and Qualcomm’s baseband silicon to get the job done.

In the future, speeds are expected to get drastically higher with the rollout of 5G connectivity, so let us keep our fingers crossed for that.