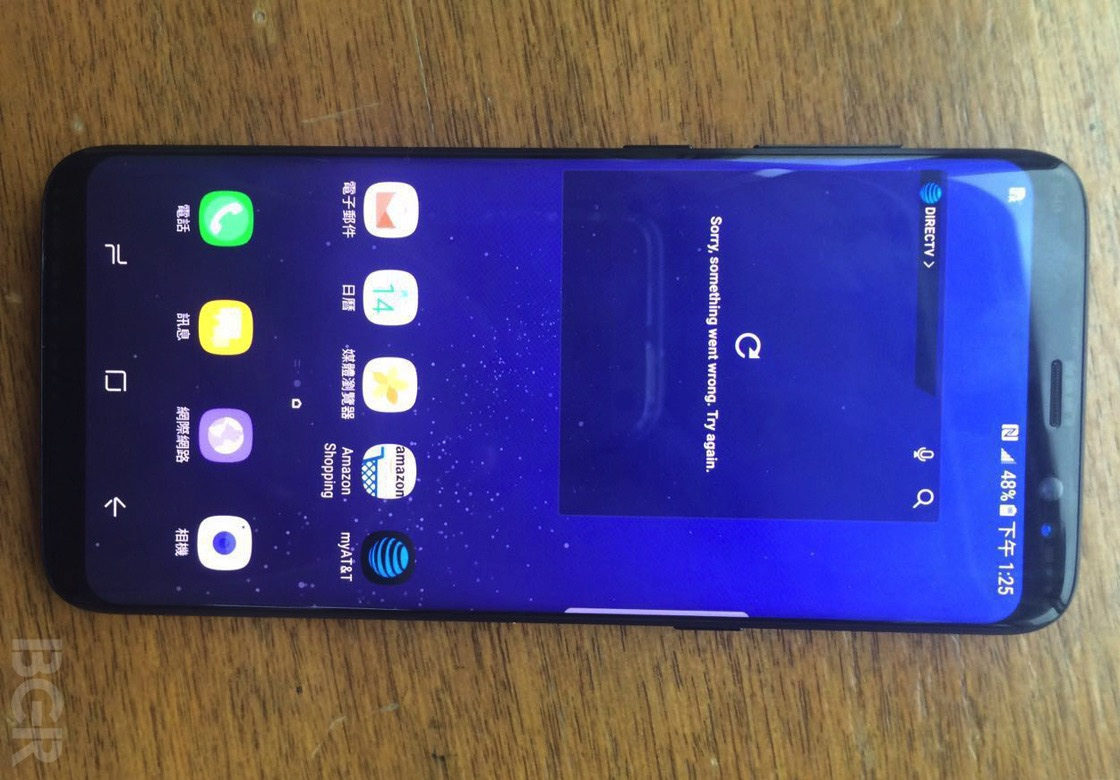 To be honest, there isn't much left to look forward this month, as far as Samsung is concerned. The Korean tech giant broke away from tradition this year and set the launch date for the Galaxy S8 and S8 Plus on the 29th of March. The device is a regular feature of the rumor mill. Multiple leaks for it surface in a single day and courtesy of these, we know pretty much everything for it. Now, a three-second video clip for Samsung's smartphone has surfaced. Take a look below.

Judging by the leaks so far, the Samsung Galaxy S8 and S8 Plus will feature several upgrades. The pair's design will be completely overhauled by the Korean manufacturer. The Galaxy S8 and S8 Plus will have a nice futuristic look, courtesy of minimum bezels and a button free front. Samsung's simple decision to shift the home button at the back of the devices adds a lot to their aesthetics.

Today's three second video clip of the Galaxy S8 Plus doesn't add anything to what we already know for the device. Just yesterday, we saw a very detailed leak surface, which depicted the device in its full glory. It matched an earlier render as well, with the pair showing design features mentioned above. If you haven't followed us for the past couple of days or simply want to take a look at the S8 Plus in a video, take a look at the two clips merged together.

The first clip shows the Galaxy S8 Plus with its screen turned off. The second, shows the device powered on and charging. You can see once again that there won't be any front buttons for the device. It's display will also take up more area than previous S lineup smartphones. Apart from these details, we're unable to discern anything else. Be our guest if you can.

The Samsung Galaxy S8 and Galaxy S8 Plus will launch on the 29th of March. The pair will feature 10nm processors, increased RAM count, a virtual assistant and a desktop connectivity feature. 2017 is a good year for mobile as a lot of upgrades will take place. We just wish Samsung had figured out how to make the fingerprint sensor on the S8 and S8 Plus virtual. Thoughts? Let us know what you think in the comments section below and stay tuned. We'll keep you updated on the latest.