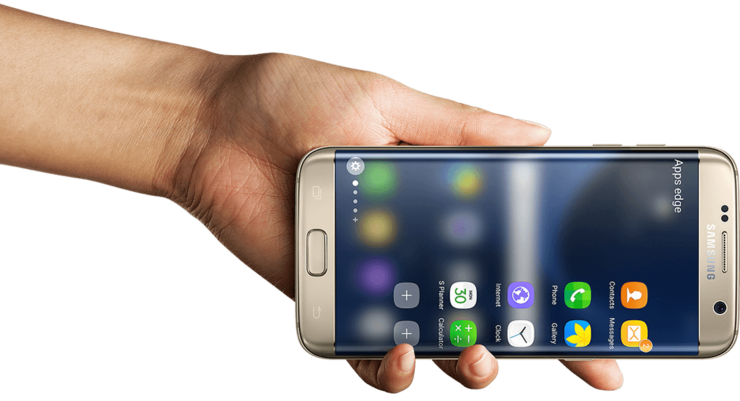 Samsung's had a hell of a last couple of months. The Korean tech giant had high hopes for the Galaxy Note 7. The device came with a great design, impressive specifications and an Iris scanner. It was a complete package until the unthinkable happened. Note 7 variants all around the world began to catch fire and emit smoke. The ensuing panic resulted in Samsung to hastily issue replacements for the device. These didn't fare well either and the Note 7 soon became a thing of the past. Now, we've got an exploding Galaxy S7 Edge for you. Take a look below for more.

If there's one thing that will define 2016, it will be exploding smartphones. Courtesy of the Galaxy Note 7, any device that explodes tricks users into believing that there is a patter. While this fact is true with the Note 7, there's no reason to believe other devices are malfunctioning as well. Nevertheless, it's still interesting to see how reports of such incidents have started to increase.

Today, it's the Galaxy S7 Edge's turn to surprise us. Compared to the Note 7, the device has seen few incidents of overheating. A month back one user reports such a case. His S7 Edge exploded in his jeans. This resulted in second and third degree burns. Another Galaxy S7 Edge exploded while charging last month, and today's device also suffers a similar fate. Take a look at it below.

The device is completely wrecked from the explosion and the usual third party culprits can't be blamed either. The user claims he was using Samsung's original charger with the device. His luck seems to be particularly poor when it comes to Samsung's device. This customer had received the Galaxy S7 Edge two weeks back, after he'd traded in his replacement Galaxy Note 7. It'll be interesting to know whether he will stick with Samsung after this incident. In any case, he'll definitely sleep with one eye open if any smartphones are charging in the vicinity.

All eyes are now on Samsung's upcoming Galaxy S8. The company's Note 7 investigation has hindered the device's launch schedule according to recent reports. The S8 has seen a lot of rumors over the past couple of months. The most interesting of these is the presence of a dual camera AND an iris scanner on the device. We're also hearing about Samsung choosing to skip standard screens this year. Thoughts? Let us know what you think in the comments section below and stay tuned for the latest.