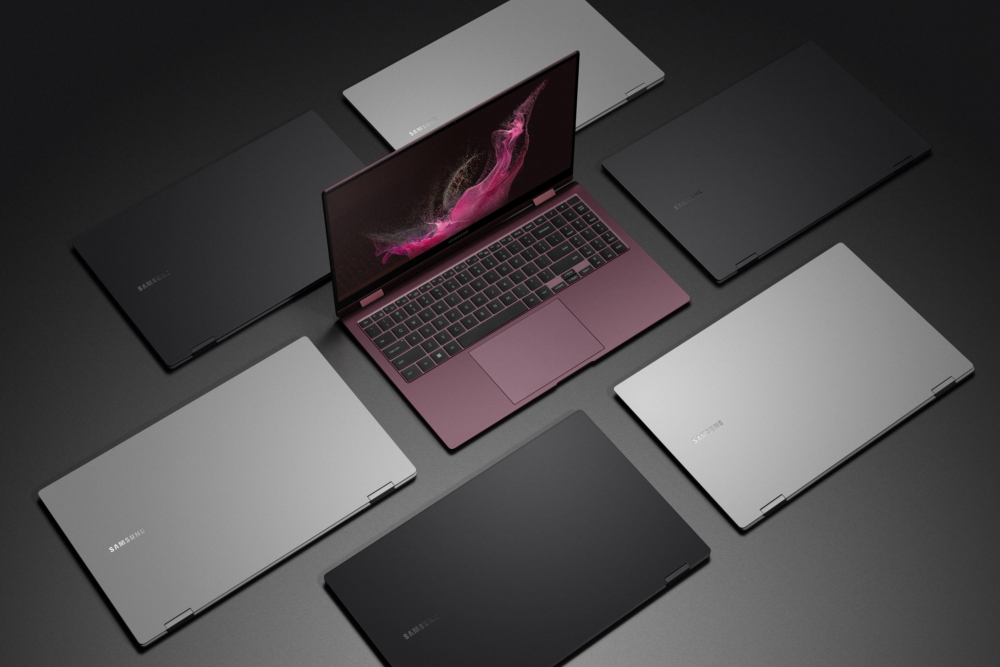 Samsung has officially kicked off MWC 2022 with the announcement of its next-gen Galaxy Book2 Pro laptops that are powered by Intel's 12th Gen CPUs & Arc Graphics.

The Samsung Galaxy Book2 Pro series aims to be the lightest and thinnest design made with the most powerful hardware specifications. The laptops come in two configurations, a 13.3" & a 15.6" model. In terms of design, the laptops come in silver and graphite colors while rocking a weight of up to 1.17 kg (15.6") and 0.87 kg (13.3"). Both models are equipped with a fully AMOLED display & deliver a 1080p FHD viewing experience.

Coming to the specifications, both laptops are fitted with Intel's 12th Gen Alder Lake CPUs with Evo technology. The CPU configurations include Core i7 and Core i5 in the Alder Lake-P (U28) variation. The memory subsystem includes up to 32 GB of LPDDR5 configurations while storage options will include up to 1 TB of NVMe (Gen 4) storage.

The graphics side is powered by the integrated Iris Xe graphics with 96 Execution Units on the 13.3" model but the 15.6" model comes with the option of both internal (Iris Xe) & external (Arc) graphics solutions. The specific Arc Alchemist graphics solution is not mentioned but it's most likely going to be the Arc A370M or Arc A380M which is based on the DG2-128 SOC and features up to 128 EUs or 1024 processing cores.

Both laptops feature a Fingerprint sensor on the Power Key and a Stereo Sound System by AKG featuring Dobly Atmos with a max output of 4W on the 13-inch and 5W on the 15-inch model. The camera setup is a front-facing FHD 1080p variant with dual array-mic. Lastly, both models come with the Windows 11 Operating System installed by default. 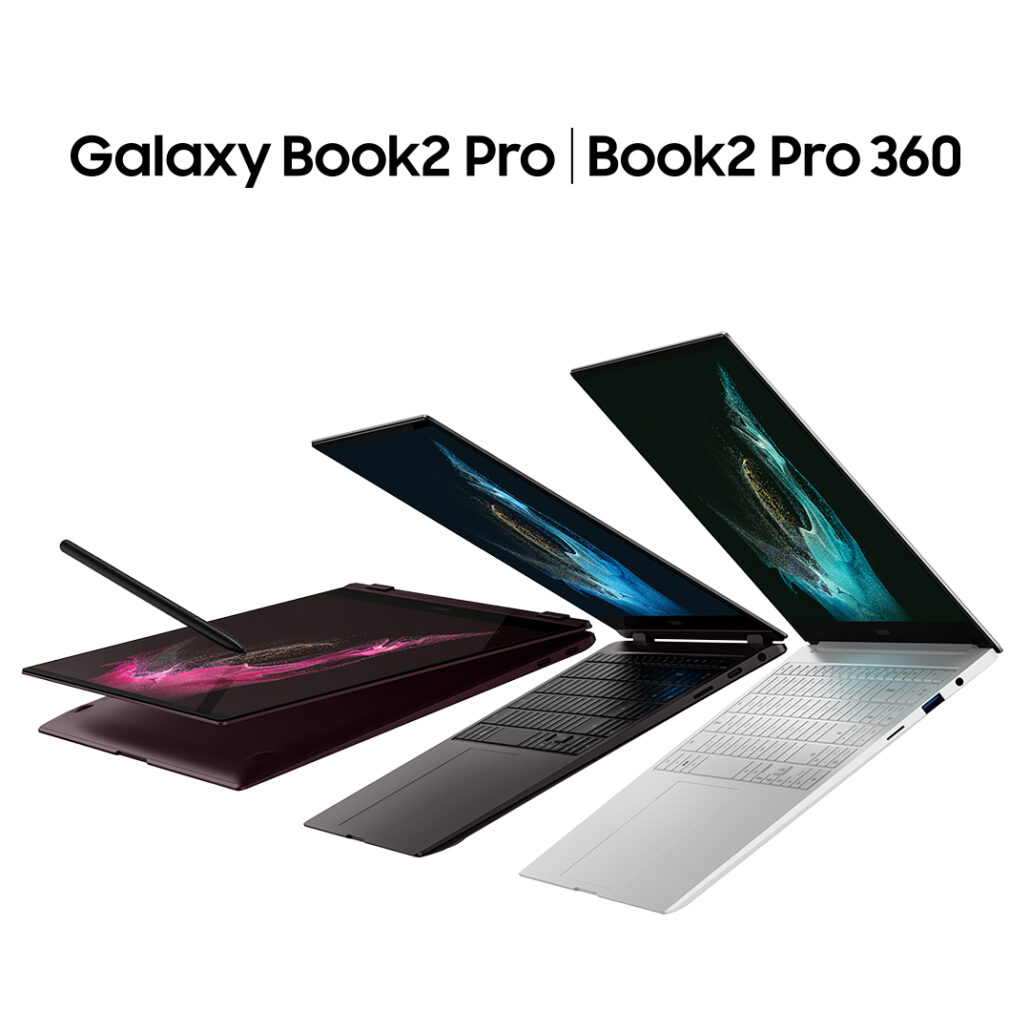 The Samsung Galaxy Book2 Pro 360 series takes things one step ahead with a 2-in-1 design that's fully compliant with Windows 11 OS. Just like the standard lineup, the 360 series also comes in two flavors, 13 & 15-inch with a similar specs sheet.

You can check out the full Samsung Galaxy Book2 Pro & Pro 360 lineup at the following links: 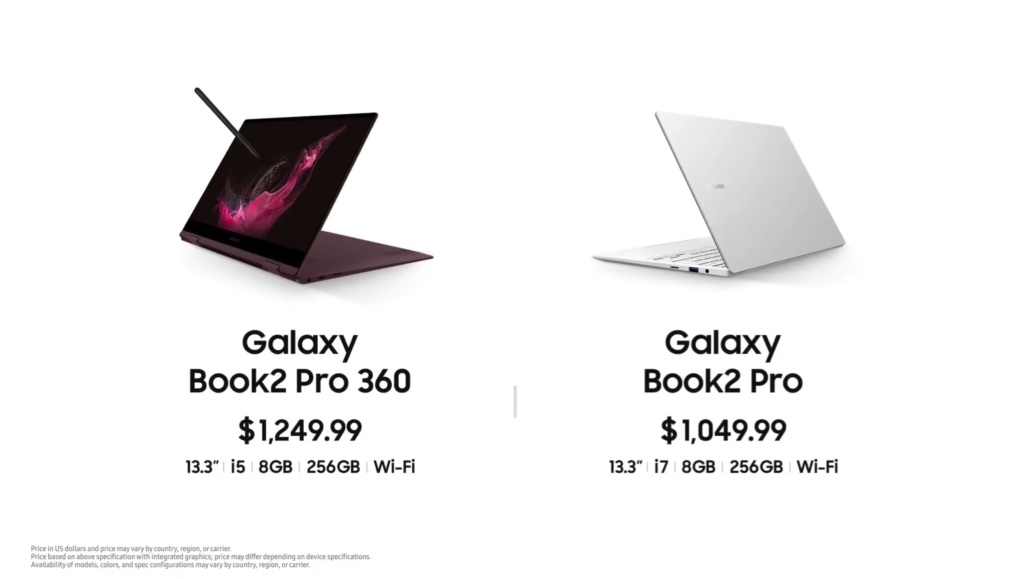