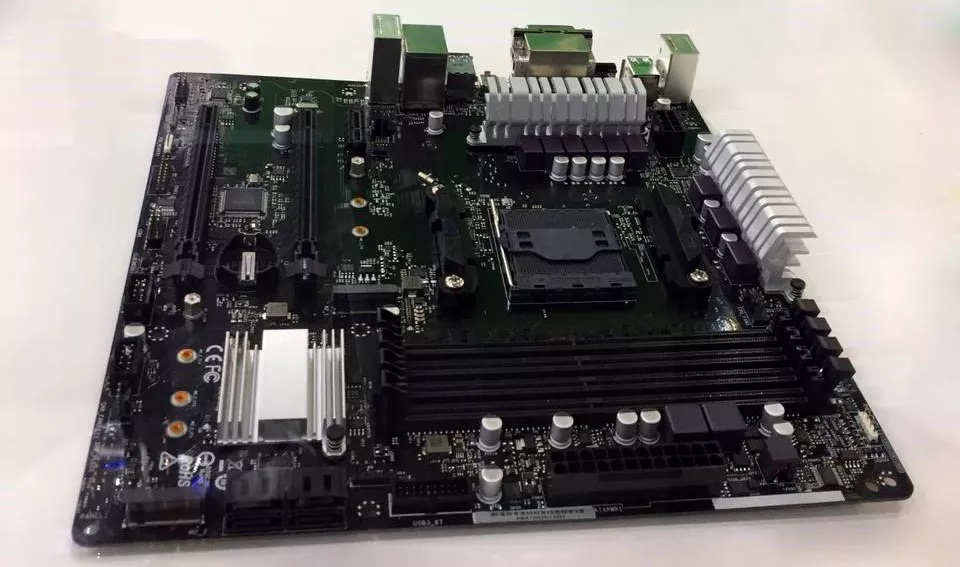 Russia has announced the release of its first consumer-aimed AMD motherboard based on the B450 chipset. The motherboard has already hit mass production and will be available to DIY PC builders and more specifically, businesses, soon.

The motherboard was produced by Russian-based company, GS Group Holding and Philax, who have partnered up with ASRock to develop and mass-produce the motherboard, domestically. It looks like this motherboard was specifically selected due to its low-budge nature & the fact that it supports TPM (Trusted Platform Module) for hardware-based security, a necessity in businesses and agencies where this motherboard is going to serve.

As for the specifications of the motherboard, you are essentially looking at the ASRock B450M Pro4. The motherboard features support for AMD Ryzen Desktop CPUs up to the latest Ryzen 5000 series and has received BIOS support up to the AGESA 1.2.0.0 Firmware. You can expect all the necessary features on this motherboard but nothing special given its entry-level pricing. As for the design, the company decided to remove all ASRock and AMD brandings from the PCB. Even the board's name is not yet mentioned but that's probably due to the pictured motherboard being an early iteration.

The AM4 CPU socket is powered by a single 8-pin connector. The AMD Ryzen CPUs will be powered by a 9+2 phase Digi Power Design making use of 42A chokes. There are small heatsinks covering its VRMs and AMD B450 PCH. Four DDR4 DIMM slots can support up to 128 GB capacities with speeds of up to 3200 MHz (OC+). Expansion slots include two PCIe 3.0 x16 (x16 / x4 electrical) and a single PCIe 3.0 x1 slot. There are also two M.2 slots, four SATA III ports, and a couple of USB 3.0/2.0 front-panel headers on the board.

I/O on the motherboard includes a single PS/2, 1x D-Sub, 1x DVI-D, 1x HDMI, 2 USB 2.0, 2 USB 3.2 Gen 2 (Type-A + Type-C), 4 USB 3.1 Gen 1, a Gigabit Ethernet LAN port, and an HD audio jack. This motherboard should cost well below the $100 US price tag when it hits the Russian retail segment. GS Group Holding and Philax also have an 18-month contract to produce up to 50,000 monitors & motherboards specifically for the domestically produced Elbrus and Baikal CPUs.