Rocket League Devs Admit They Got Really Lucky, Would Still Go on PS+ If They Could Do It Again 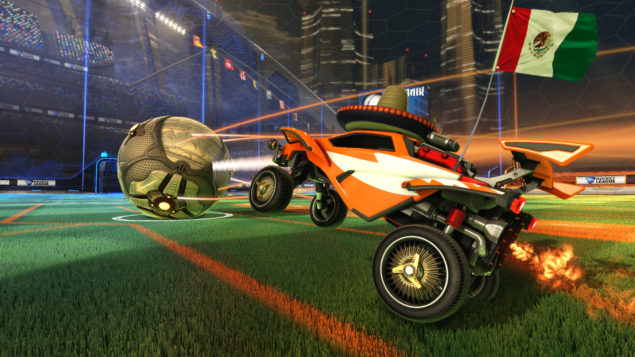 There's no doubt that the biggest surprise in gaming last year was Rocket League by Psyonix. The company based in San Diego, California had its breakout game with Rocket League; everyone went crazy with the game when it released last Summer.

Not only it received great scores from the press (including us - and it also won some Game Awards here), but it became one of the most popular online games for some time. A couple of months ago, Psyonix stated that Rocket League earned approximately $70 million in revenues with at least 4 million units sold, not counting the downloads on PlayStation 4 where the game was free (via PlayStation Plus) at launch.

At GDC 2016, Design Director Corey Davis hosted a presentation aptly titled Rocket League:
The Road From Cult Classic to Surprise Success; you can now check it all here.

There are several insights to be taken from this presentation. As some of you may know, the game is a spiritual successor to Supersonic Acrobatic Rocket-Powered Battle-Cars, which released in 2008. SARBPC got critical praise but only a mere fraction of the success enjoyed by Rocket League. In the following slide, Psyonix explains that the main additions were dedicated servers, 60FPS gameplay, massively improved matchmaking and lots of polish. 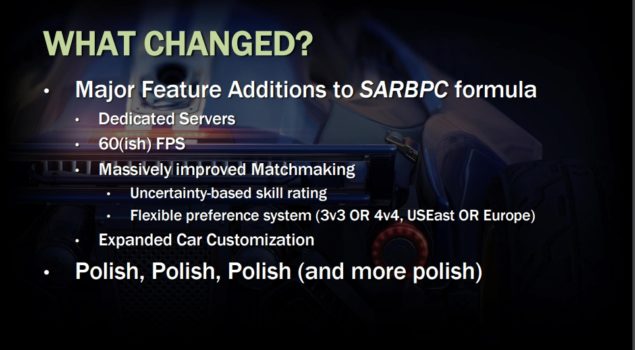 Of course, what the presentation calls "inherent virality" was also very important. Streamers, being free on PS Plus and the fact that Rocket League plays make for great GIFs on social media were cited among the relevant factors. 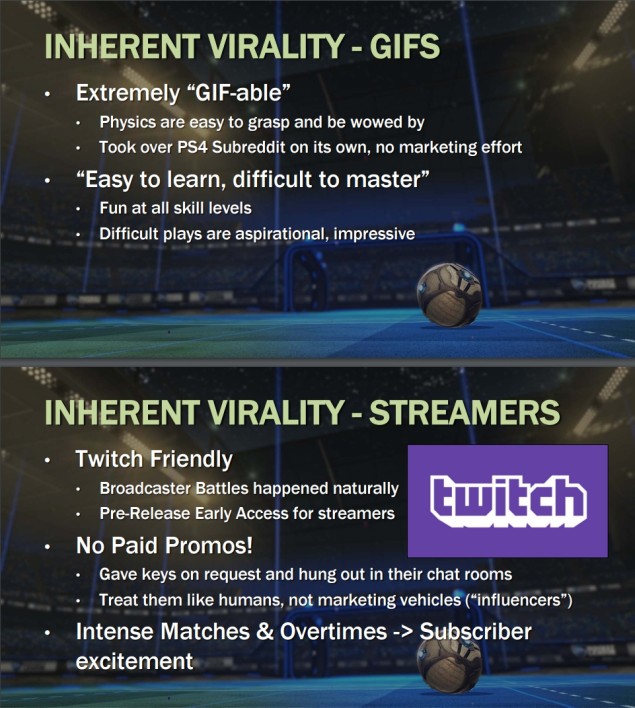 The timing was also a big factor, of course, since there was no major release around Rocket League in July 2015. 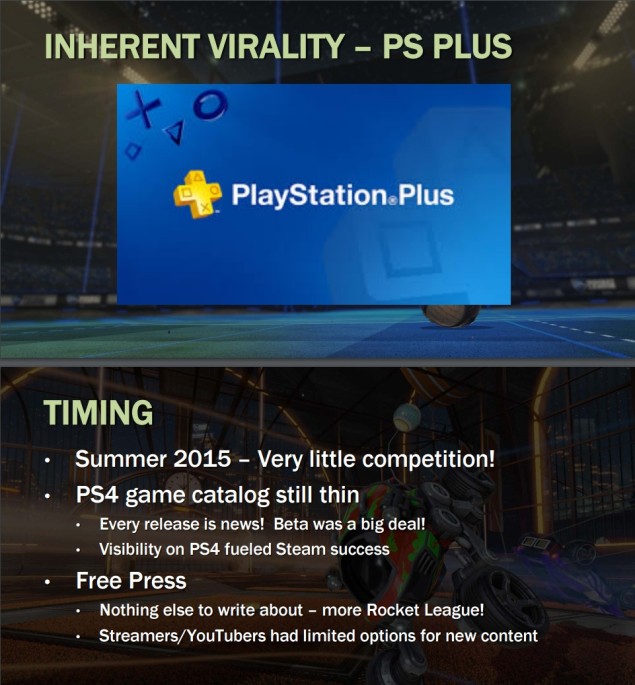 Then, Psyonix was clever enough to admit that they got really lucky while adding that this success is not necessarily repeatable. This kind of humility will serve them well in the future. 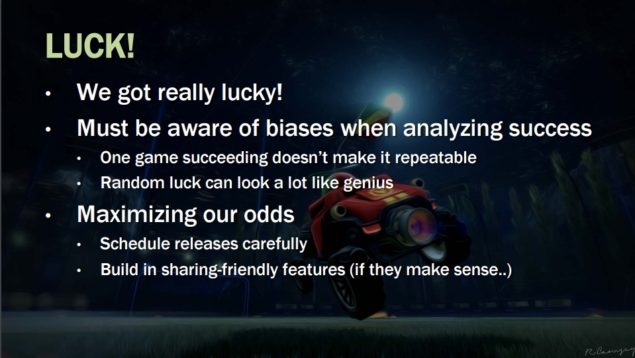 Finally, the last slide toyed with a "what if" scenario. If Psyonix could go back, they'd provide day one competitive & spectator support; they would also still choose to be on PlayStation Plus, but they'd provide something for free players to buy. 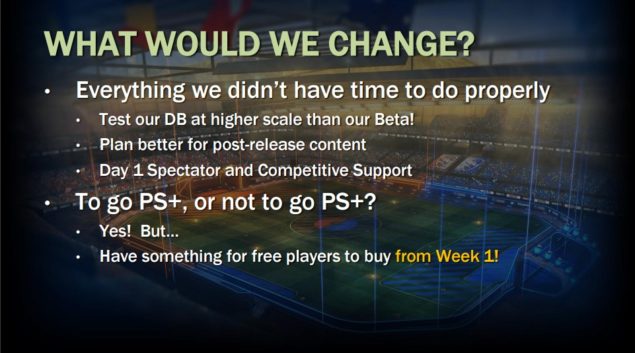 Rocket League will be the first game to have cross-platform play between PC, PlayStation 4 and Xbox One. Are you still playing and enjoying it? Let us know in the comments.