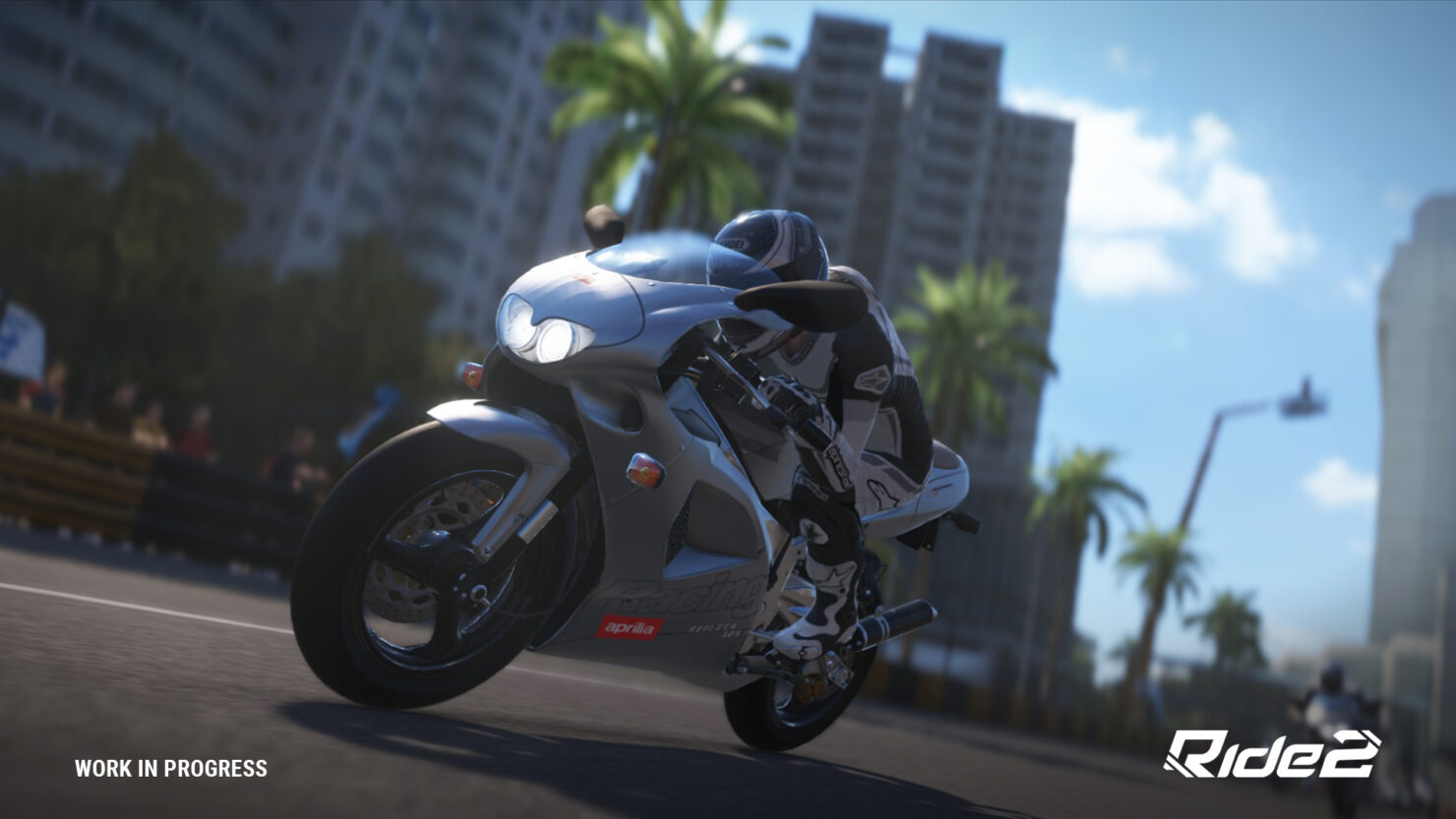 The original RIDE was released back in March last year and offered a great deal of promise for fans of motorbikes and something Milestone thought would be a great move for their first original IP. Met with a mixed reception, RIDE 2 aims to improve on everything and take the game to new heights. At Gamescom I was able to attend a presentation and then have a hands-on session with the game while talking to the developers.

What may make people take notice is the huge increase in content featured in RIDE 2. Everything from the number of tracks, bikes, customization options and even game modes has been increased exponentially. I was allowed to take a picture (at a bad angle) of a table showing exactly how much content the game has compared to the previous one.

It should be first noted that the increase of tracks from 31 to 58 includes a track being raced in reverse or possibly featuring just a few changes. This doesn't, however, discount from the fact that the number of locations has still actually doubled. An increase from fifteen to thirty tracks, including classics such as the Nurburgring, Ulster Grand Prix and Northwest 200. Also included is an airstrip as well as American Highway for drag races.

Of course introducing drag races isn't the only new game mode. What seems to be the most impressive comes from the online mode, which has now got a team vs team mode. You build your own team, with yourself and two friends, or two AI teammates, and compete with nine other teams in a leaderboard in a number of races. There are new modes that offer specific challenges, as well as new weekly challenges to keep people coming back for more.

Where the largest increase comes is in the bikes themselves. With six new manufacturers lending their bikes to the game. An increase of around one hundred bikes, and the level of customization that comes along with that, has made this something even more special to bike enthusiasts out there. With over 1200 pieces to customize your bikes, and over 800 pieces for customizing your rider - even his or her riding position. 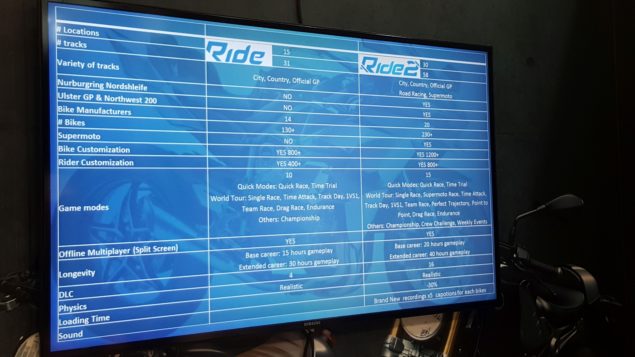 What immediately jumped out at me when playing the game is how far they've pushed their engine for the sequel. The first RIDE did attempt to be as realistic as it could, particularly when setting the game to the most realistic setting you could, but it had its issues. RIDE 2 has attempted to combat this in multiple ways.

One of the first things a player of the first will notice when picking this up is that it has improved aesthetically in all areas. The backdrops, tracks and assets have all been improved. This is particularly the case in all things bike related, with every aspect showing an increase in detail. It's particularly noticeable when you enter a free camera mode and zoom in, letting you see each component of the bike and even the grip of your rider's boots. Also improved for the bikes is the audio, and I can't stress enough that where bikes in the first game just felt too artificial, here you have an authentic sound that I was told, when asked, was gained from recording different bikes.

It certainly felt as I was playing that RIDE has improved even physically over the former. It felt more responsive, accurate and realistic. I still came off of the bike a few times, but I've also done that in real life. The thing is that I felt like the game was punishing my recklessness more than it being the bike just deciding to do its own thing which is something of an issue I had with the first RIDE.

Now this isn't to say it's ideal. The version I played was on the PS4 and I did encounter a few issues. Minor visual aspects like the crowd, some trees and buildings look flat which is more noticeable due to the improvements elsewhere. I did also encounter a bug that had a bike racing against me while floating a few inches off of the ground.

Hopefully there's time for things like the bug to be fixed as issues like floating bikes, disappearing riders and falling through the track are problems that Milestone have had in previous releases. This is a particular concern when you realize that there are already 16 pieces of DLC planned. They weren't able to tell me any details on the upcoming DLC.

I asked a few questions while playing the game and was told that 7th of October release is for retail release in the European market and digital releases worldwide. The retail release in North America is planned later with Japan coming two months later, with an agreement in the works for other parts of Asia. As of right now the game does support 4K, but not Ultrawide monitors, though that support is to be patched in after the release.

RIDE 2 is certainly looking better than its predecessor. Hopefully Milestone have improved in the ways and with their indication that a day one patch is in the works, and also that they have been focusing a lot on issues and wishes from players of the first game, that this is a sign of good things to come.